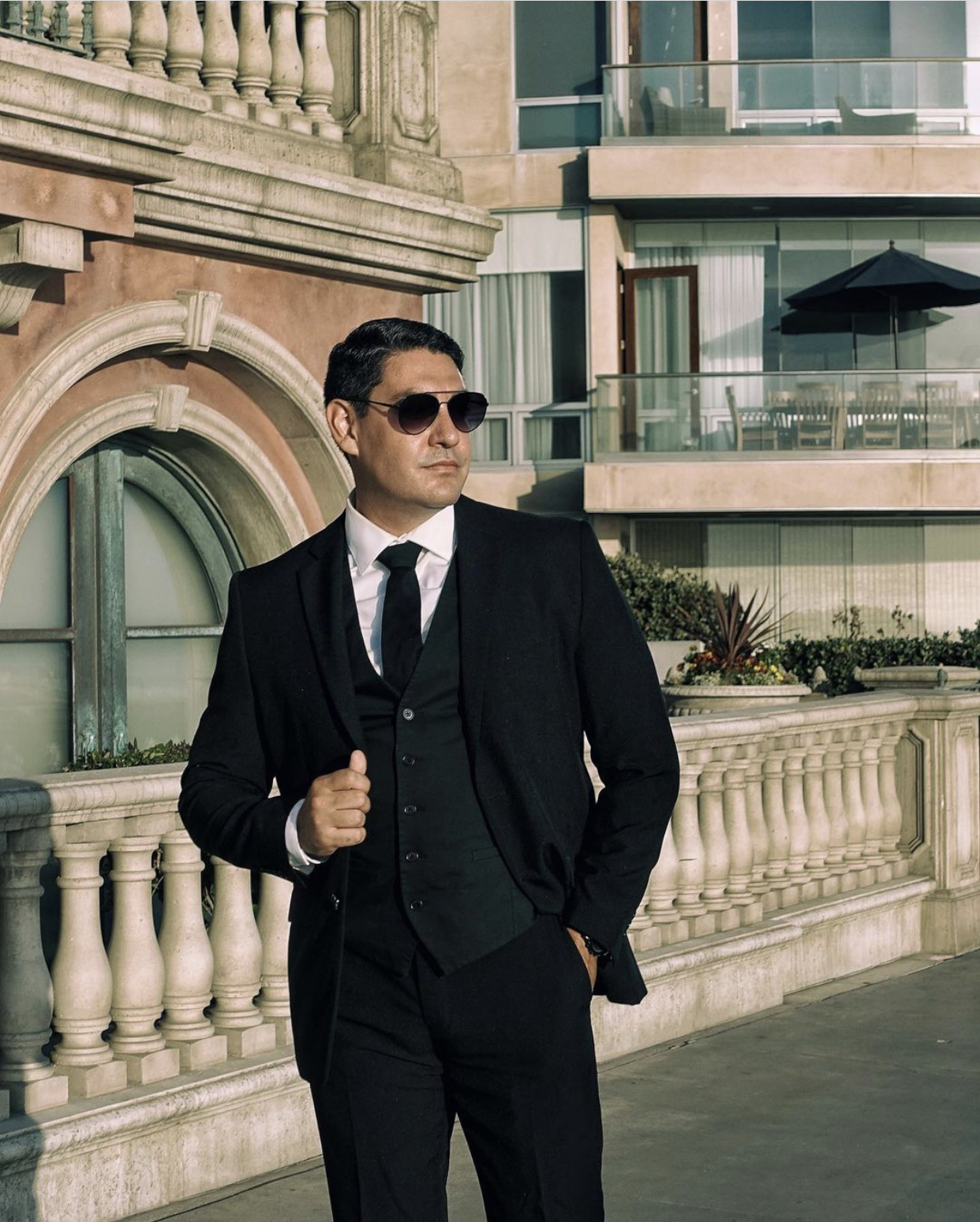 David Murrietta Jr.
Some people dream of becoming actors from a young age, while others stumble into the industry seemingly by accident. David Murrietta Jr. falls into the second category, but he is just as passionate about his newfound career as an industry veteran. He recently starred in the short film Taps, a moving story about fatherhood and grief.
David Murrietta Jr. is an actor, social media influencer, and model. David is also one half of the vlogging duo behind Dalex Vlogs, the YouTube channel he runs with his wife, fellow actor Alexandra Creteau.
In his latest project, Taps, David Murrietta Jr. plays a character named Moose. This short film is about a grieving father as he explains his veteran son’s demise after experiencing PTSD. He then sends his son off with pride and honor. The film was recently screened at the Studio City Film Festival last November 18 and was met with great success. David is overjoyed to be part of this film as he believes that PTSD among veterans is an important issue. Furthermore, he believes that the conversations around this cause should stay alive and that any effort to help veterans should be encouraged.
Before starring in Taps, David Murrietta Jr. has appeared in the television shows such as Sunset Glory: Doolittle’s Heroes and Grey’s Anatomy. His work in film includes Internal Conflict, Vicious Circle, Underdog, and Land of the Haunted Dolls. David was also a stunt performer for the Marvel film Black Widow.
With his acting career rapidly gaining momentum, most people would find it difficult to believe that David Murrietta Jr. has had very little training as an actor. “I was introduced to acting and the influencer lifestyle very late in the game. I did not have a lot of theatrical training growing up, but I was determined to create content,” David shared, “From comedy sketches, dramatic short stories or full feature films if I could be a part of it in one way r another, I was all in!”
Before stepping into his current career as an actor and social media influencer, he had a career in law enforcement. David Murrietta Jr. said, “I have degrees in criminal justice and general business, which is as far from acting as you can get. But very early on in my law enforcement career, I suffered a major knee injury. My ACL, MCL and meniscus needed to be replaced. Ultimately, this injury led to other doors and opportunities.”
Originally from San Jose, California, David Murrietta Jr. moved to San Francisco, where he first dabbled in acting. After working on a few projects, he fell in love with acting and the entertainment industry, so he relocated to Los Angeles to pursue his newfound passion. And David’s dedication to the craft has paid off. With his natural abilities, David has been recognized as one of the most promising talents in the industry.
When he is not acting or auditioning for projects, David Murrietta Jr. films vlogs with his wife, Alexandra Creteau. On their YouTube channel, Dalex Vlogs, they make videos about a wide range of topics, such as travel, dating and relationships, lifestyle, and health. David shared, “Content creating has become part of my daily routine. I enjoy it, and I like how it allows me to participate in another area of the entertainment industry.”
David Murrietta Jr. may be a new actor, but he is incredibly passionate about the craft. With each project he works on, he makes sure to observe and learn new things to keep improving his skills. He hopes to inspire others to take a chance on their dreams and see where it takes them.
David Murrietta Jr. is an actor, social media influencer, and vlogger. For updates on his film and television projects, you can follow him on Instagram or check his work on IMDB. For a peek into his daily life with his wife, you can check their YouTube channel Dalex Vlogs.
To learn more about David Murrietta please check out the following links :
https://m.imdb.com/name/nm8074859/
https://instagram.com/david_murrietta
https://m.youtube.com/c/DalexVlogs/
Related Topics:
Up Next

Dan Herron Shares the Story of His Most Satisfying Professional Moment