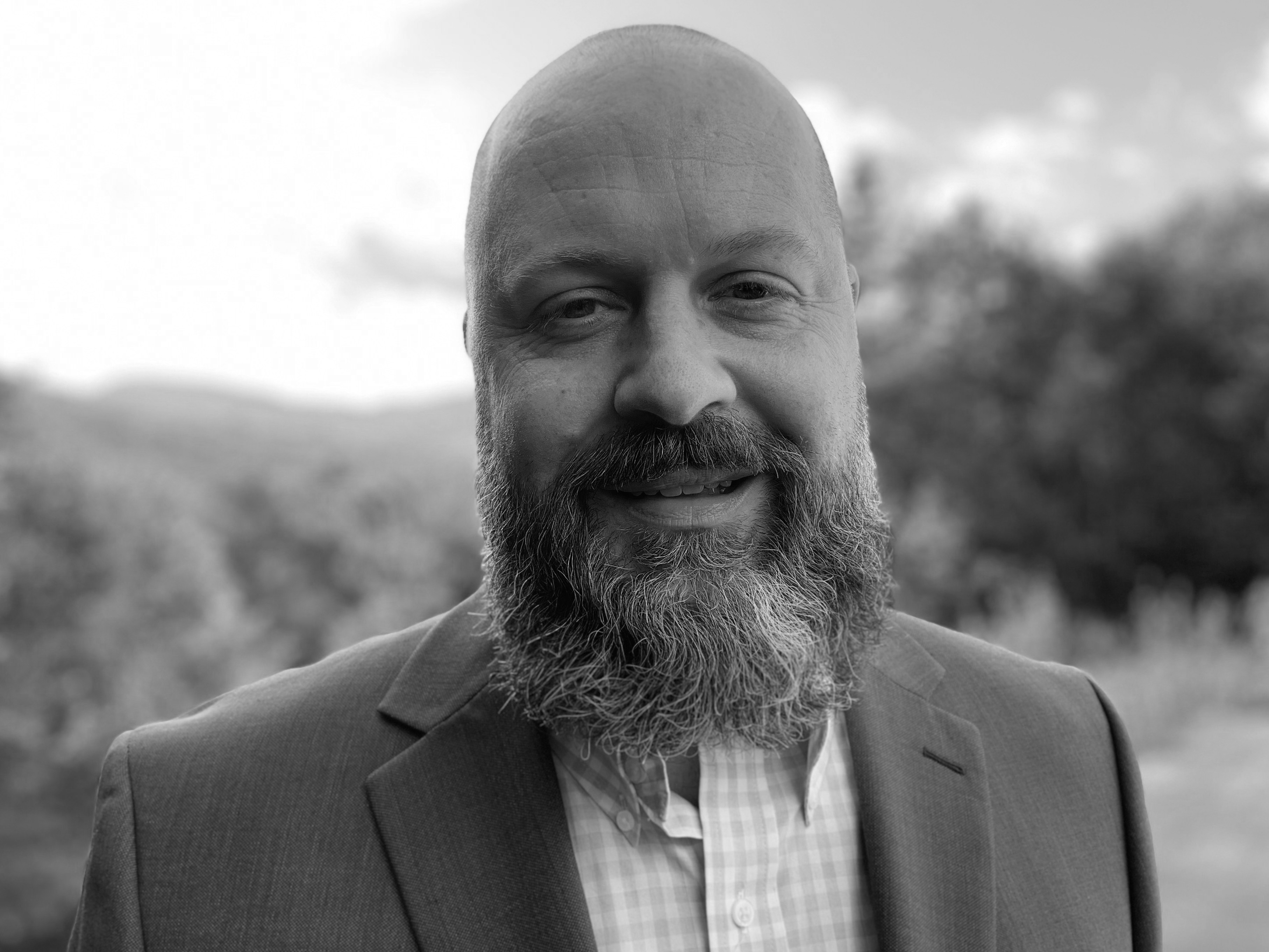 Currently, David Younce is in his eighth year as superintendent of the Mill River Unified Union School District in southwestern Vermont.  He has over 25 years of experience in large suburban and small rural school districts in the Midwest and Northeast.

David began his career as a substitute teacher and football coach, transitioning into full-time teaching as a middle and high school social studies teacher. He has coached football, volleyball and track, served as an athletic director, assistant principal, and principal before becoming a school superintendent. He taught and led in the Indian Prairie School District in Naperville and Aurora, Illinois prior to moving to Vermont.

Having learned significant lessons and gained skills in navigating leadership growth in environments mixed with urban/suburban wealth and poverty during the first 18 years of his career, David has experienced the profound impacts of rural isolation and generational poverty in more recent years and understands tangibly what the challenges of a lack of resources and opportunities in a community looks and feels like. Those variable experiences have shaped his worldview and leadership in significant ways and have prepared David to lead and support leaders in many settings.

In partnership with school board members, David successfully helped lead a merger of 6 separate school districts into a single unified school district in 2016, forming the new district from the ground up and becoming the first such district in the state to do so. The merger process stabilized local education costs and tax rates in an unsustainable fiscal era fueled by declining enrollments across the state of Vermont.

Working with a team of leaders, David helped to build a framework for district equity and instructional work that has been borrowed and duplicated by districts throughout the State of Vermont. This same team of district leaders has brought a disparate, disjointed system under institutional, instructional, fiscal, and governance control. Under his leadership, that team also nurtured leadership internally and externally to foster an organization that will sustain itself over time.

David served previously as a Trustee for the Vermont Superintendents Association (VSA) for two years, as President-Elect for two years, and is currently the President of that statewide organization. His experiences in the President’s role during the COVID era have been impactful, working closely with the Vermont Secretary of Education and the leaders of other major state educational associations as Vermont navigated COVID and worked tirelessly to meet the needs of school districts, through both direct and political efforts.

David Younce is one of two elected representatives from Vermont serving from 2017-2023 on the American Association of School Administrators (AASA) Governing Board, allowing him to engage at the federal level in policy advocacy and leadership.

From 2017-2020, Vermont Governor Phil Scott appointed David as the sole superintendent in the state to serve on the Vermont Standards Board for Professional Educators, which oversees all educator licensing in the state.

David’s colleagues recognized him as the Vermont Superintendent of the Year for 2020-2021 in recognition of a pattern of career service and contributions above and beyond to the field of education generally and more specifically to the benefit of the students of Vermont.

We had the opportunity to connect with David Younce and he was able to share an uplifting story about how mentorship impacted his life and how those lessons he learned early in his professional career helped shape his own approach to developing future leaders and educators.

Please tell us an inspirational, uplifting story about a time you helped change someone’s life and made a difference.

Early in my leadership career, as I was preparing to enter school administration, I became an assistant principal under the supervision of a leader named Jay Strang.

Jay had picked me as a teacher to join him in opening a new school three years prior. He offered me the chance to expand the scope of my work and to find leadership opportunities. He opened doors to coaching that were closed in other places.

In a bit of serendipity, he was now opening a school that was named after a teacher who had been killed by a drunk driver three years prior, the very teacher that I was brought in to replace the day after it happened.

Jay and I were meant to work together. He was without a doubt the strongest early influence on my teaching and leadership career. I learned what to do and what not to do, simply from watching and interacting with him. I have carried those lessons on with me throughout my career.

Jay showed faith and confidence in me. He encouraged me to reach for my goals and supported me in my efforts. He was a leader who was well aware of his strengths and weaknesses. He chose people to work closely with who could complement and build on those strengths and weaknesses of his. Jay was simply a leader that people, me included, would run through a brick wall to support. I wanted to lead the way that he did.

Jay also modeled the appropriate and wise balance of family and work life, which was important for me as a young husband and father to see firsthand.

When I began as his assistant principal, Jay told me that I was now a part of the Greg Fischer family tree. Greg Fischer was a principal in the district that Jay had learned under. Greg was responsible for encouraging and nurturing several individuals that were serving in key district leadership roles at the time. His influence was seen and felt across the community. Eventually, a school was even named after him.

I was very proud to be a part of that family tree. I also was motivated to start my own branch of that tree, as I realized then that in the field of education the best way to effect positive change at scale is through leadership mentoring and coaching. Identifying talent and encouraging them to see beyond what is, to what might be, is thrilling for me. As soon as I became a principal I set out to do the same.

Peter Gatz was identified as a teacher and is now a veteran school principal in Illinois.

Brian Hill was identified as a teacher, became a district-level director, and is now my assistant superintendent. He is potentially seeking a superintendency and may replace me one day at our school in Vermont.

Melissa Lewis was identified as a teacher and now a school principal in Ohio, having served in several different states.

Tim McDermott was identified as a teacher and is now a school principal and key leader in the district he serves in Illinois.

Jennifer McLemore was hired as an assistant principal and is now a school principal in Vermont.

Jodie Stewart-Ruck was identified as a dean of students, eventually became a school principal, and is now my Director of Curriculum, Instruction & Equity. She has the aptitude and talent to acquire a superintendency.

Tyler Weideman was hired as an assistant principal and is now a school principal. He is considering a superintendency.

It brings me honor to know that, as one part of the Greg Fischer family tree, my branch is bearing fruit. The individuals that I have supported to move forward and impact institutions with their leadership are impacting tens of thousands of students each and every year. With some, I don’t get to see the day-to-day impact, but I know that it is there because I know the way that they were mentored and trained and understand that they are making the right decisions for the right reasons. Others are right next door and I get to see that fruit on a daily basis.

To me, it is life-changing and life-impacting to have been given the opportunity to help develop others, and know that they are doing the same. All of that happens on purpose, with intentionality. Trusting that the impact is occurring, even when you can’t see it, is part of the joy of the experience.