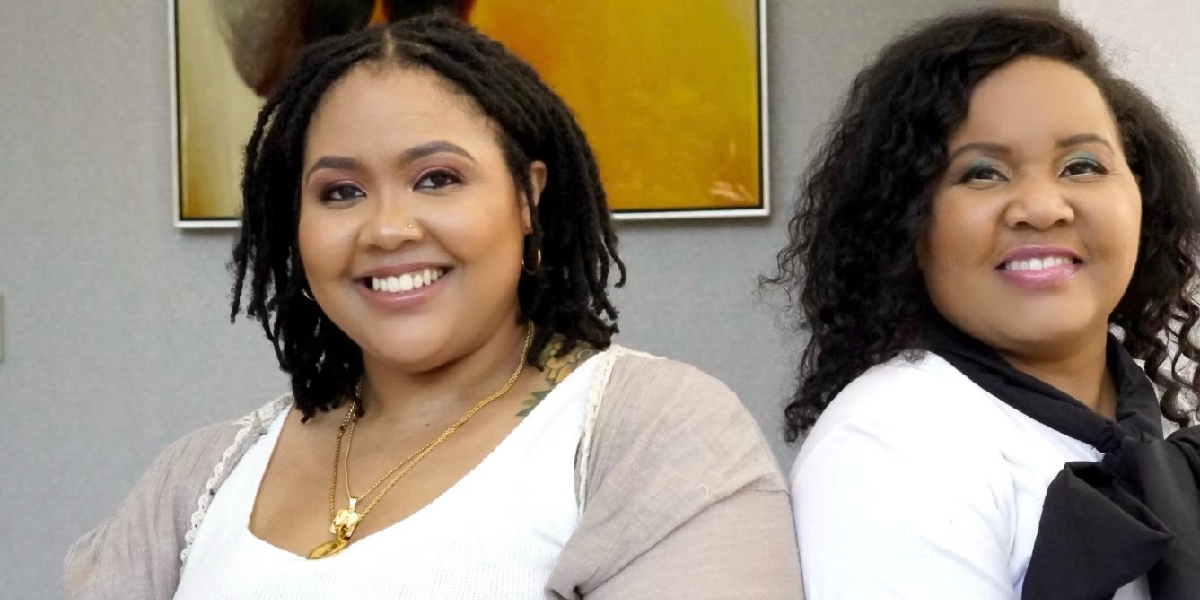 The strength of a family’s bond lies not just in the blood but also in communication among its members. Unfortunately, so often, the lack of communication and comprehension can drive a wedge between people. It had been the source of a strained relationship between mother and daughter Dawn D. Fobbs and Aungelique Roberts for a long time. However, realizing the importance of their familial ties, the mother-daughter duo decided to build towards change. Their resolve had not only strengthened their bond, but generated platforms on YouTube and podcasts called Mother Daughter ISH to help others facing the same endeavors reconcile as a family.

Like many households, Dawn and Aungelique endured a rough patch in their relationship. While they communicated, there was always a problem getting their messages across each other. While others watched, they offered various advice to help fix things, with many suggesting therapy. However, Dawn and Aungelique decided to take a different route.

“Instead of going to therapy, we decided to create a talk-therapy platform in the form of a YouTube channel and podcast shows to help ourselves and other women,” they explained.

Naming their brand Mother Daughter ISH, Dawn and Aungelique have not only successfully repaired their once-waning relationship but have also inspired their listeners. Described as ‘Your mom’s favorite podcast and the podcast your daughter always wanted,’ Mother Daughter ISH has been building a community of over a million women through communication. Dawn and Aungelique deliver authenticity, fun, and deep takes on rekindling their relationship with a unique mother-daughter partnership.

Dawn and Aungelique reveal that they were motivated to create Mother Daughter ISH because of differences. Despite the decades that separate mothers and daughters, they believe that there is still a way for them to learn from one another through simple communication. A bond can still be established by simple questions and listening, and love and education can still occur.

What makes their platform so unique is the authenticity of their lessons. “We live what we are teaching, speaking, and building,” shared the mother and daughter duo. “We have taken the time to study it, work through our differences, and just really put the work in to be the difference we wanted to see in the world.”

To move their advocacy further, Dawn and Aungelique will be holding events starting with Costa Mesa on October 23rd. Additionally, they will be releasing a documentary that features conversations between mothers and daughters throughout multiple cultures.

“Mainly, we want to focus on the big goal and how we plan to get there,” explained Dawn and Aungelique. “Communication is the key.”

With Mother Daughter ISH growing, Dawn Fobbs and Aungelique Roberts hope to grow their support community to over a million women. They also hope to build their social media, connect with women globally, and foster communication between mothers and daughters.