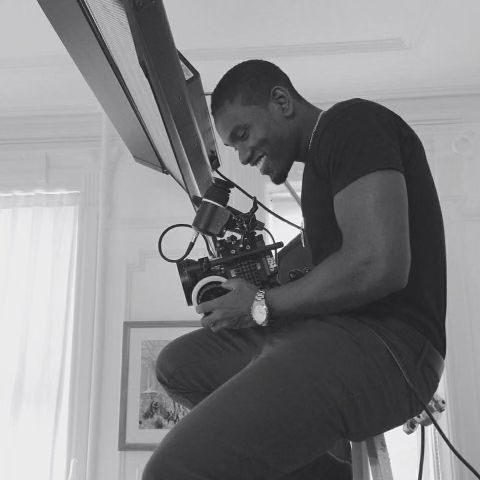 A camera encapsulates thousands of stories, but do we ever imagine what kind of hard work does it take to actually present a story the way it needs to be told. How cinematography works and what does it take for a cinematographer to make the vision of the director come to life. To answer these questions we have one of the rising cinematographers in Hollywood, Roomy Poulard.

Roodmy began his journey as a trained hip hop dancer and had a chance to work with the camera while producing a music video. Soon he realized that the field had something more for him in the store.

Therefore, after successfully producing a series of music videos, Poulard was asked to film Haitian Prime Minister Laurent Lamoth’s documentary. The experience enriched Poulard’s perspective towards filmmaking and cinematography and even helped him to pull in some more projects. We asked Poulard that what does it take to be a “good” cinematographer, to which he replied-” Cinematography is just not a technical job, it is both technical and creative. Therefore, only camera handling won’t make you a good cinematographer. You need to have a basic understanding of light, compositions, framing, angles and other things in order to achieve the shot you desire. We further asked him that what is the most important aspect for a Cinematographer, to which he said- A good cinematographer knows how to tell a story through a picture/scene. Storytelling is the most important aspect of it, the person should be able to convey the language of cinema, that is the most important part of cinematography. And when we asked about an advice that he would like to give to Young Generation, he said that One should never stop learning. He said- “Even if you are perfect at taking shots and technical stuff, you should never stop learning, you need to be receptive, and not rigid with your techniques.”

During his time in New York, Poulard himself learnt a lot under his mentor, the renowned photographer and director, Marc Baptiste.

With Baptiste he worked on a project for Quincy Brown. This project enhanced his skills a lot and helped him explore new horizons as a Cinematographer. Seeing his excellence and expertise, Brown was too impressed with his work and therefore encouraged him to move to LA.

It was a great challenge for Poulard as he was just settling in New York, he was quite sceptical of shifting to a new city when everything was working great. But despite this, he decided to move to LA for a fresh start. It was Roodmy’s sheer hard work, dedication and perseverance that helped him not only to build a profile as a Cinematographer in LA, but he also started getting a lot of opportunities. He is currently working with Sean Combs as a cinematographer for “Puff Daddy”. His over-the-top skills have also helped him to secure prestigious projects with Netflix, Pandora, Revolt, and HBO. Poulard at last concludes by saying that One should never lose hope and should always be open to new opportunities, no doubt there will be a lot of challenges on the way but the journey matter’s the most and the destination, because success is itself a journey that needs to cherished.

What is IP Address, and Why Should You Protect It?