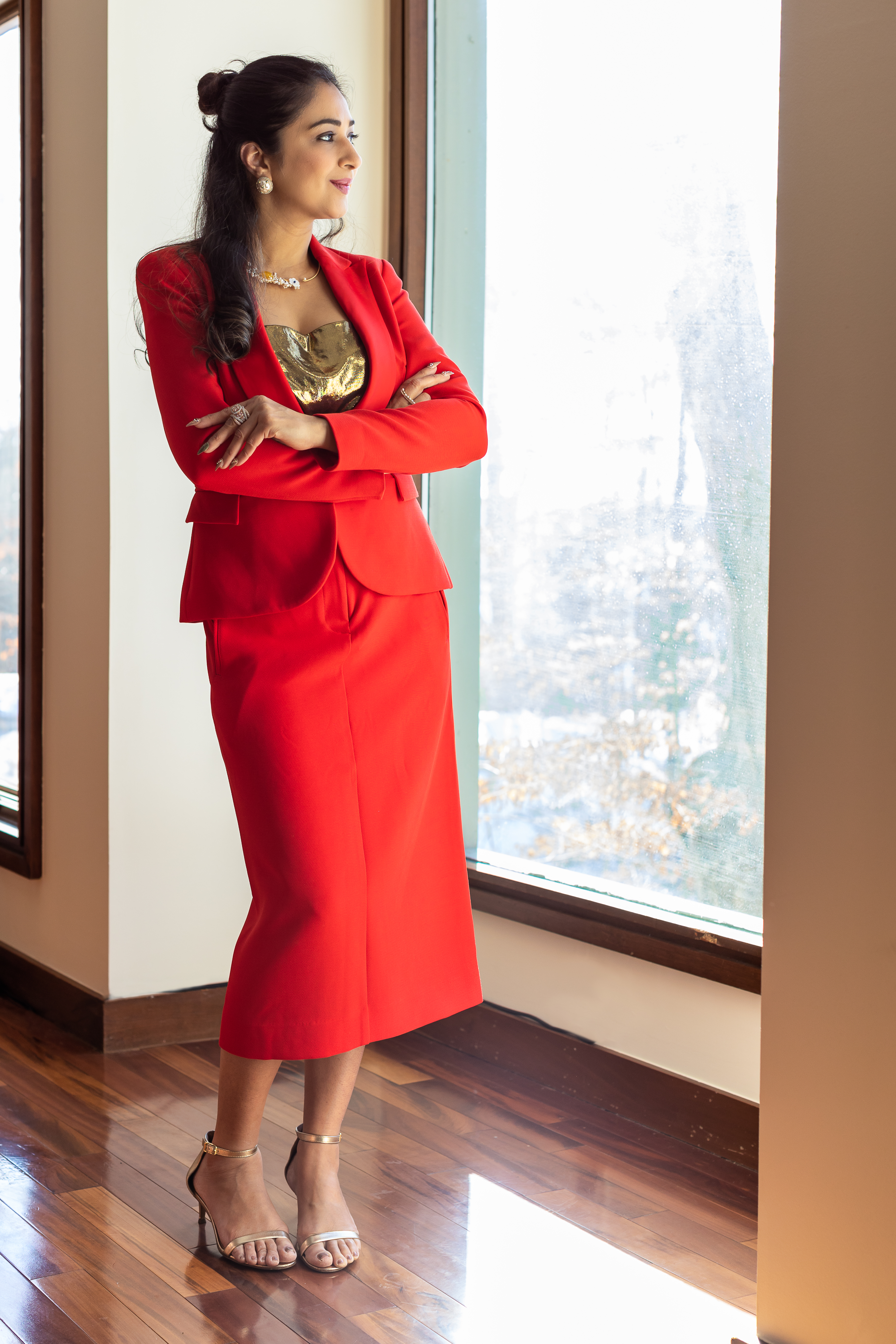 Designer Anjali Phougat is a well-known name in the fashion industry and she has made a name for herself international. In her glorious career, she has donned many hats including that of a business owner. She is the founder of U.S. based South Asian luxury brand Designer Dream Collection which has made waves globally.

Anjali has devoted her time to creating an empowering brand of fashion and has designed some special pieces for runways, the Cannes film festival, global short film festival fashion show and New York fashion week. She is actively involved in several social causes like women’s rights, LGBTQ rights, and mental health awareness.

The diva was born in a Punjabi family in Gurugram in India. While pursuing her education, she became inclined towards the world of fashion.

Anjali is actively working with Bollywood leading film actresses for styling shoots and recently she worked with famous actress Mannara Chopra who is Priyanka Chopra’s cousin. Also, many stars sent her best wishes for her success and active involvement in social causes including Daisy Shah, Sharman Joshi, Anita Raj, and Asmit Patel.

Those are just a few designers on the board as well. World top model 2022 titleholder Maliyah Lorenzo is also gracing her show with many other role models in the community.

She is an ardent believer of woman’s rights and her brand is totally focused on promoting the cause.

Related Topics:Anjali Phougat
Up Next