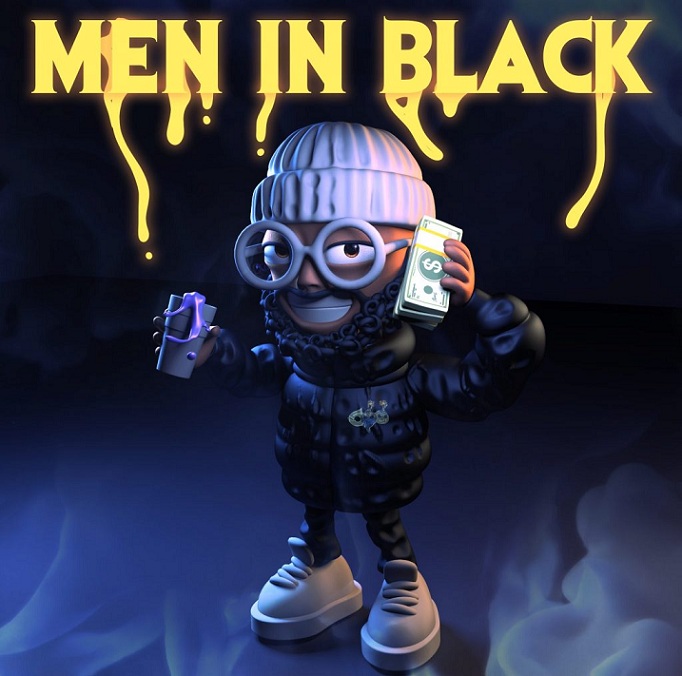 For the past three years straight, artist/entertainment mogul Marcoof500 has completely dominated the speakers and stereo systems of listeners found all the way around the globe – and with the release of an explosively intense six song set for his brand-new record Men In Black in 2022, the man is takin’ his career straight to #1 where he belongs, as he permanently revitalizes and revolutionizes the Rap game this year.

Born & destined to set the trends, never to follow – Marcoof500 has been proudly blazing his own trail since day one – and Men In Black raises the stakes even further as he begins his surge into the new year. A gritty combination of beats designed to shake the walls and potent lyricism that hits even harder, Men In Black packs a powerful punch that makes a serious impact through its gripping tales of war, peace & prosperity. Detailing the struggle and the many obstacles he’s battled through in the heat of the grind in order to become the sheer force on the mic that he is now today, Marcoof500 holds nothing back and spares no quarter as he proves once again to the world, that he’s got bulletproof bars unlike any other, and the true art of the wordsmith on-lock.

With his lead-single & cinematic video for “Surrounding” stackin’ up over 100K hits, clicks, and views within a mere ten days from its release in late January, it’s crystal clear that Marcoof500 is creating cuts that the people genuinely want to hear. By keeping it completely real from the ground up and refusing to compromise his vision for anyone or anything, time and time again Marcoof500 has revealed he’s got the instincts of a veteran professional, and the supreme drive it takes to consistently out-hustle the rest. Men In Black is a full-on experience – every bit as explicit, raw & real, as it is entertaining, start to finish.

Proudly presented by 500 Entertainment LLC, the very label he created and remains CEO of to this very day – Marcoof500 doesn’t just want a piece of the action – he’s here to take over the entire industry. From the undeniable swagger and stylistic flow he confidently spits into the m-i-c, to the savvy mindset he brings to every decision he makes – Marcoof500 handles his business like the boss he truly IS, 100%. Armed with the creative freedom & charisma it takes to craft bars strong enough to take him straight to the top of charts & playlists worldwide, Men In Black is full confirmation he’s got everything he needs to succeed, and a pure reflection of the work that Marcoof500 has put in behind the scenes to be the best.

A record that hits hard and hits different in all the right ways – Men In Black is out and available now, on every major online music platform. Guaranteed to be the only album your playlists need – unless he releases another one this year (stay ready!) – join Marcoof500 as he carves out another milestone in his legacy with his latest record & a set of cuts stocked & loaded with verbal firepower impossible to ignore.

From Grandmal Seizures Lusene Donzo On His Journey In Entrepreneurship