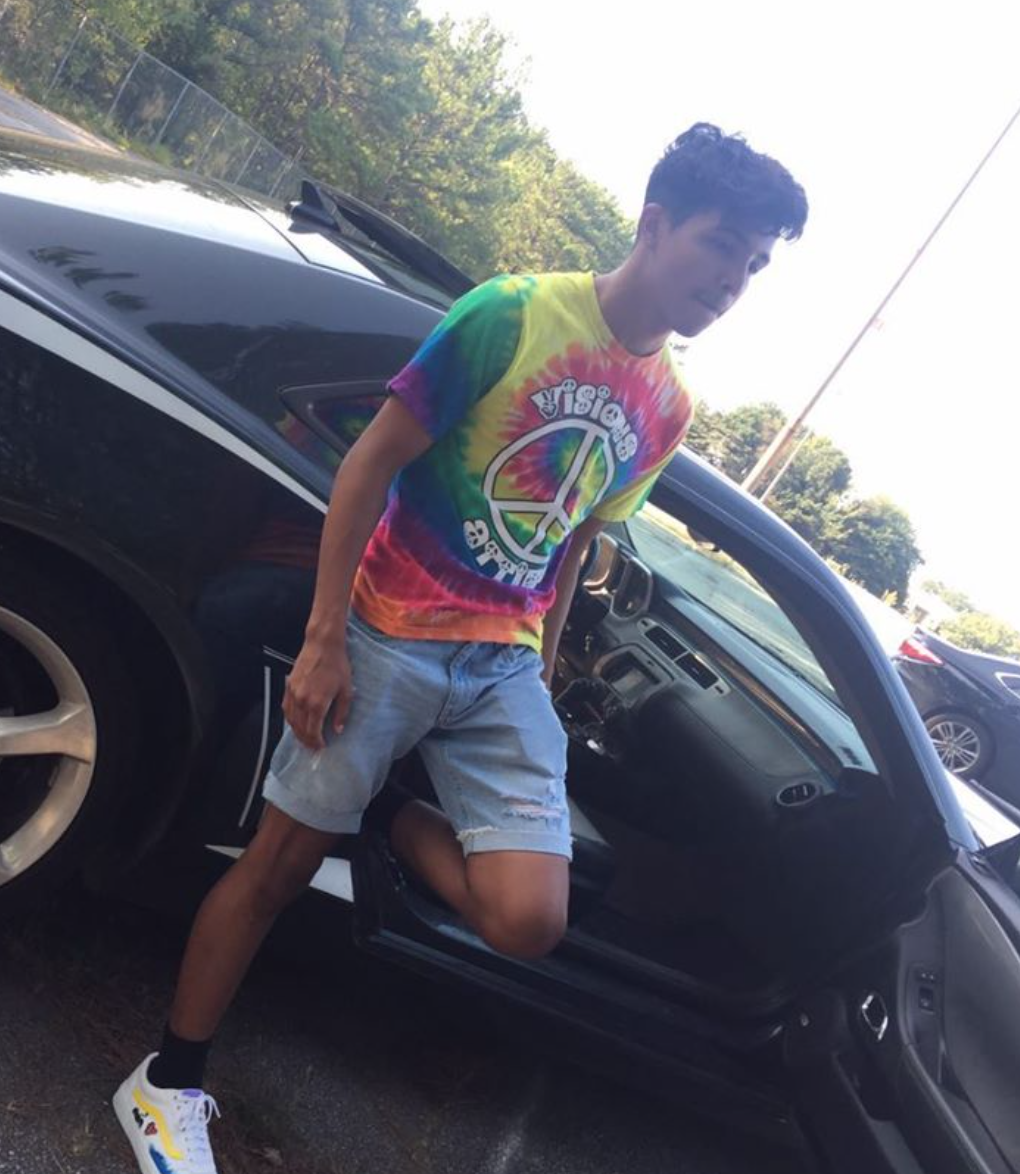 20 year old. Gio has had an entrepreneur streak that began to show when he was in middle school – he started a clothing line in 8th grade and revamped it into a business when he was older. After finishing high school, he started a graphic designing company

At the age of just 20, he now runs two different business empires – a clothing line named Visions Attire and a media company titled Gio Made It.

So how did he manage to pull this off at such a young age? Let’s find out!

Gio started a clothing line when he was in 8th grade – and then founded Visions Attire in junior year of High School with his friends’ collaboration. However, in between the 8th grade and junior high, an event happened that was a turning point in Gio’s life – a visit to an incarcerated relative, who expressed his regrets about the path he had chosen.

His cousin advised Gio to not tread down the same path as him – and with that in mind, Gio started dwelling back into his 8th grade clothing line instead. Derrek McFadden and Mikel Battles, cofounders of Visions Attire and Gio’s close friends from High School, got on board as well.

Visions Attire’s unique designs and messages about individuality resonated with its customers, and the hype spread quickly – first around their school and then throughout every corner and alley of Pennsylvania.

Gio’s first venture at a barely-legal age was a huge success – but he had bigger ideas in mind for the future.

Gio Made It – The Media Venture

Where Visions Attire was a collaborative venture, Gio Made It was Gio’s passion project. Gio was already doing graphics for Visions Attire and had a knack for graphic designing. By the time he finished his studies, he was doing cover art and flyers for his friends. Shooting videos for some money on the side – money that helped him pay for college, where he also took a videography class.

At Thiel College, Gio picked up some tricks on video editing, bought his own camera and started grinding away for hours and hours every single day. This perfected his video making skills enough to commercialize them.

As more and more people reached out to him, he built a team of graphic designers, videographers, and photographers. Gav, a cameraman for Gio Made It, and Gio’s friend, quit his job to start with Gio Made It. Darnell, a video editor with very unique and creative edits, met Gio via Instagram and they started working together the same week. Gio saw the same unique creativity in a graphic designer, Nolo, who he met through a mutual friend, and got Nolo on board too.

Initially, he was underpaid – as low as $40 for a music video – but after nonstop work and consistent efforts, Gio built a team and charges more than $550 for a single video – that is 10 times his starting price.

Gio plans on making an empire like Lyrical Lemonade for himself – he wants his own drink, his own basketball court, and so on.

For Gio, the secret to growth is hard work and consistency – his mother has had the same job for the past two decades and Gio saw his father’s diligence when he went to North Dakota for 6 months to work on some oil fields. His girlfriend, Allison, is as much of a hard worker as he is, and they both keep each other motivated when things get a little tough.

According to Gio, 125+ hours every week, taking losses, and sleepless nights – they’re all an inevitable part of entrepreneurship. Without a doubt, Gio put in a lot of effort, hours and commitment to everything that he touched – add to that his easy going and optimistic attitude, and it’s no wonder Devyn Giovengo is such a successful serial entrepreneur.

Meet Valyou, the Fastest Growing Furniture Brand in the USA

Believing leads to Achieving, a reflection of David Imonitie