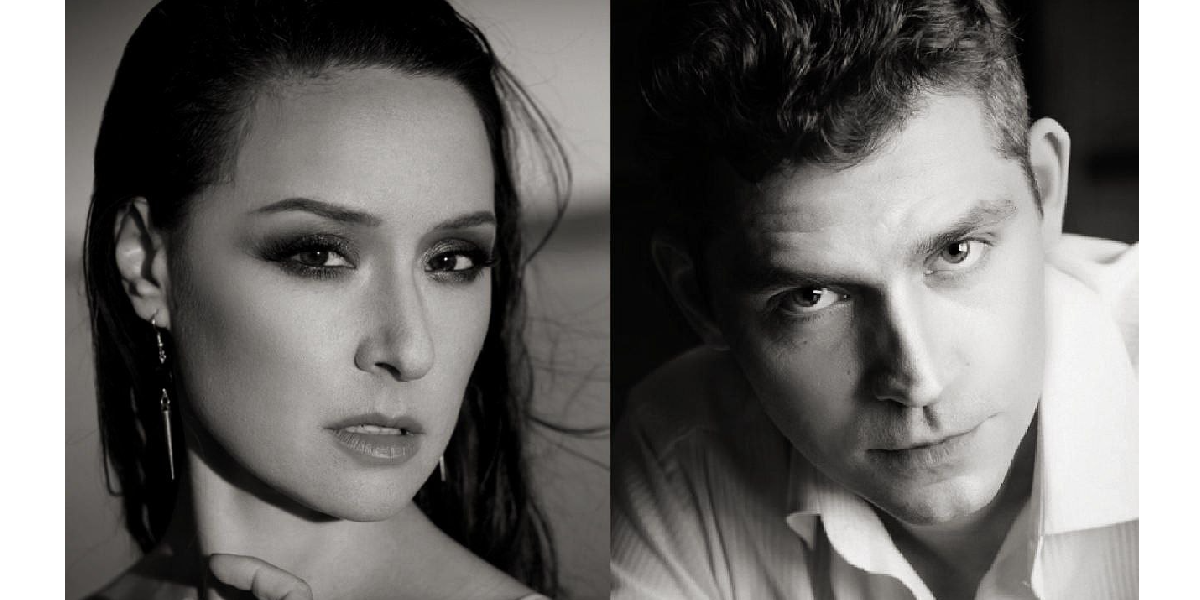 When two brilliant minds with a deep passion for music come together, magic happens. As if destined by the stars, singer and songwriter Dina Layzis connected with composer Artem Tenkeli in the most unlikely way. In their passionate search for ways to continue pursuing their dreams despite the pandemic, they found each other online in 2021 and instantly knew they were meant to create beautiful songs together. What started out as a casual songwriting session through WhatsApp blossomed into a promising partnership that transcended continents and cultures. Like pieces to a puzzle, the two artists found the perfect fit in one another.

Their individual goals, dreams, and journey aligned with each other; and their innate understanding of music became the perfect foundation for their first project, “Call It Love,” released this year. Dina’s vocal range is unlike anything that this generation’s female music artists have gifted music fans with, and hers is one that has a divine feel to it. The single is fast becoming an industry favorite, playing repeatedly in national radio stations and currently sitting on the #43 spot of the Media Base Top 100. Remixes have emerged as well over a short period, including one by Stonebridge, The FifthGuys, and Klubjumpers. Even global dance radios are expressing their support for these exciting remixes.

Dina and Artem’s combination of talents is explosive. Their complementing attributes proved to be quite a remarkable collaboration. While they possess distinct characteristics that differentiate them from each other, even these distinctions turned out to be magical when put together. For one, Artem is quite like an old soul, as evidenced by his deep love and appreciation for classical music. While there were no musicians in his family, they would often play classical music in their home. Early on, his grandmother saw his potential and inclination towards music. By the time he turned 11 years old, he entered music school and instantly fell in love with composing. Artem started out by writing music to accompany fairy tales and stories. Soon thereafter, he began creating his original compositions.

“There are feelings and thoughts that cannot be expressed in words. Words can distort the meaning of what is meant. Only music can convey the subtle, hidden movements of the soul, freedom, and delicate emotions,” Artem explained. “In life, I am not talkative, but in music, I give myself the opportunity to express myself. Music allows us to understand and feel that every living creature on the planet is connected with each other. It is the language of our souls,” he added.

Artem finished a degree in Conservatory and became a soloist of the Philharmonic. He began working with different theaters in Moscow, performed solo, and joined concerts whenever there was an opportunity. Dina, on the other hand, was introduced to music before she was even born, thanks to her parents’ love for it. She was raised in a household filled with musicians, and she was only four years old when she began her lessons in voice, piano, and violin. Her parents had to abandon their careers, however, following the Chernobyl disaster, and they moved to America from Ukraine. Despite the challenges Dina’s family faced, they managed to carry with them their innate gifts and passion for music.

While in America, Dina received additional training from the Berklee College of Music. Combined with her classical training, her time in America proved to be an exciting jumping board that propelled her music career. Her soulful voice pierces through darkness and gives her listeners a new experience, one that will never be forgotten and leaves the crowd wanting more.