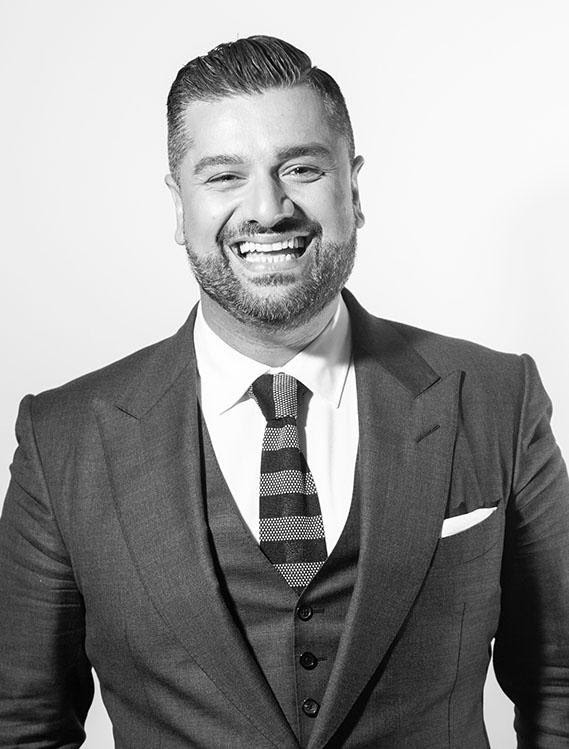 Many things in life motivate us to go down a certain path. If fully realized, our reasons for living or working can leave a great impact on the people around us.

For Rex Afrasiabi, a principal and the founder of M A Legal, his purpose, or why, is to help people and to learn and continually grow.

He has been fortunate to realize this calling at an early age which is why all the things he does feed into his goal in life, motivating him and making his accomplishments more fulfilling.

Creating A Firm to Help Others

When he first started his career, Rex worked for various law firms before shifting to work in the fashion industry.

The fashion industry for Rex was very high-paced and lots of fun but did little to satisfy his why. He later left the fashion world and established M A Legal which paved the way for his success and fulfillment of his purpose.

He created this firm and created a team of experts who are also strategic problem solvers to achieve commercially viable results. But most importantly, the firm aims to help its clients in their business and personal lives through their various legal services as well as consultations.

A Man of Prominence

Other than being a principal and founder of M A Legal, Rex is also a co-host of the business advisory show called Real Estate Renovators (resident lawyer), a lecturer and presenter for lawyers and businesspeople, a professional judge for several national awards, sits on several boards as well as is a founding director of a charity.

Rex’s background includes holding roles as General Manager for an international fashion company, Senior Solicitor acting for members of the BRW 1000 Entrepreneurs List as well as legal counsel for government bodies and board roles for various companies and charitable organizations.

He is known for his business acumen and ability to guide people not only through complex commercial litigation and business negotiation but in their strategic growth and planning needs. He has played a pivotal role not only in start-ups but in existing large enterprises and assisted real estate moguls and business leaders.

By realizing his whys, Rex has set a clear path of how he can help others through his legal firm. And he doesn’t let himself get outworked no matter what (he even has a tattoo on his ankle that says ‘will not be overworked’).