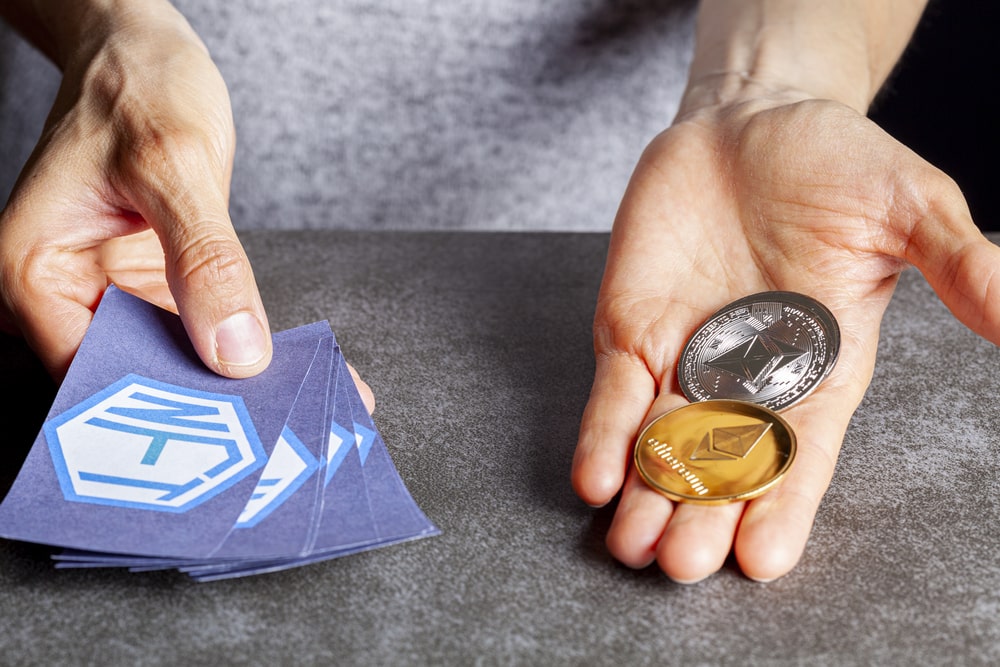 It seems like only yesterday that NFTs first appeared on the scene. But in that short timeframe, the NFT craze has bulldozed its way into the mainstream and made serious waves in industries across the board.

From movies and music to sports, games, and alternative media, everyone is NFT-obsessed right now, and the trend is only just getting started.

NFTs cover a wide range of genres and asset classes, just like investments in the physical realm. In this list, we’re going through some of the most influential and highly coveted NFT projects out there, including digital artwork and much more.

These two metaverse projects are unique in their approach, offering digital real estate that can be occupied and built upon in the future.

Virtual land is made valuable by the limited nature of the plots. There are only about 90,000 plots offered in the Decentraland platform, while Sandbox has about 165,000 on offer.

We’ll have to wait and see whether these digital plots hold their value over time or if they turn out to be the digital equivalent of an abandoned lot.

When Axie Infinity first appeared back in 2018, it was truly on the cutting edge of gaming and NFT technology. The game may not look too advanced in terms of graphics and gameplay, but the underlying token-based system is set to change everything in the industry.

The price of the Axie token has risen considerably in that timeframe, and while the NFTs themselves have reduced in price, they’re still considered desirable in this emerging space.

Most importantly, Axie Infinity is setting the new standard for play-to-earn gaming and other business models that will change the world of video games forever.

Who could have predicted that the source code for the World Wide Web would be minted into an NFT, then auctioned off for $5.4 million in 2021?

This is the age we live in, and people are willing to pay big money for an important piece of technology history. This begs the question – what’s next for this type of NFT?

Source code is abundant in our world, from search engines to games and all other types of tech. Be ready to see more NFTs of this type come into the spotlight and make a splash.

Jack Dorsey – the founder of Twitter – saw his career come full circle when his first-ever tweet was transformed into an NFT and sold for nearly $3 million.

The tweet was nothing special – something about setting up his account on the now-famous social media platform – but it’s certainly a sign of the times. NFTs represent a new form of memorabilia and cultural significance, and social media posts are definitely front and center.

There will surely be more NFTs of this type to make waves in the future, so stay tuned.

The definitive NFT collection was built by Yugi Labs on the Ethereum blockchain, and has posted some record-setting numbers in recent months. There are more than 10,000 unique pieces of art in the collection, each with a unique style and flavor.

While prices started rather low – under $200 apiece – some of the most prized BAYC assets are now being sold for thousands, tens of thousands, and even millions of dollars.

Furthermore, these assets continue to be bought and sold at greater prices, driving the hype cycle ever higher.

Before there were BAYC and other NFT projects, there were CryptoPunks, created by Larva Labs back in 2017. The designs are simple and minimal, but the reputation has ascended into the stratosphere and generated many millions of dollars over time.

This project had “first mover” advantage in a time when NFTs were not on the mainstream map. It now takes some serious cash (or rather, ETH) to claim one for yourself.

If you’re still asking “what is NFT crypto” or other foundational research questions, look no further than the history of CryptoPunks.

It was only a matter of time before influencers like Gary Vaynerchuk got into the NFT game and show off some of his unique ideas. The NFTs are not especially artful or technical, but Gary is counting on the community aspect of his collection to draw crowds and cash.

What this collection shows is the accessibility and influence of NFTs at scale. Anyone can get in the game and bring something special to the community with some effort and originality.

Find the Next NFT Craze Now

The NFT revolution has only just begun.

These NFTs are in the spotlight at the money, but will they stay hot or cool down? This is one aspect of Web3 you won’t want to ignore.

Things You Need To Consider Before Choosing NFT Marketing Agency