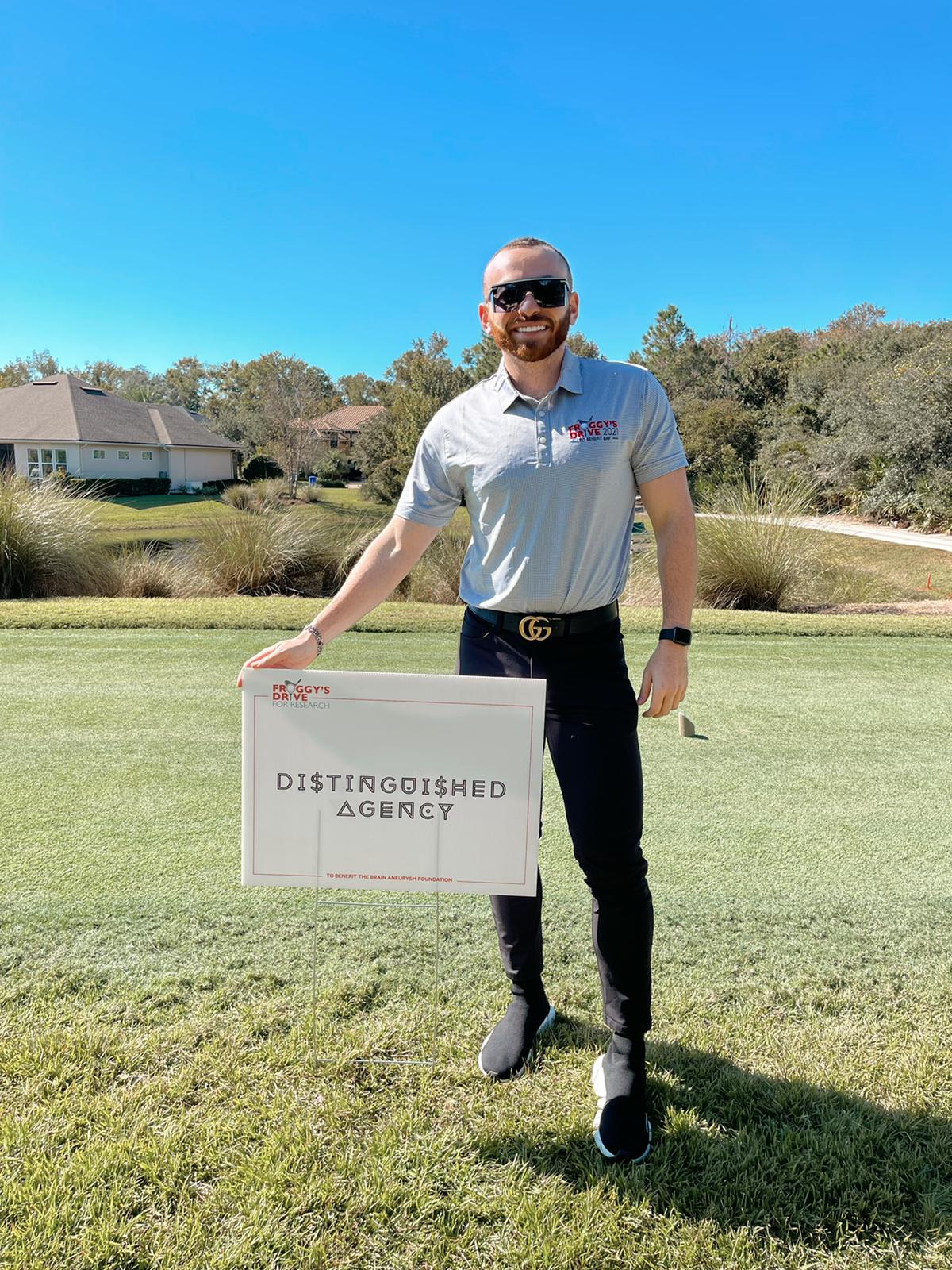 Jeff Krammer is a CEO and philanthropist based in South Florida. He is the owner of  Distinguished Agency, which offers world-class PR and digital marketing services to its exclusive and high-profile, luxurious clientele.

Jeff has been the leader and visionary behind this firm and has put in years of effort to push the agency to its well-deserving success. He is not only a leader and the owner of  Distinguished Agency but also a philanthropist. He believes in giving back to the community and ensuring that people get the help they require. His vision is remarkable and has been inspiring for many.

Jeff and his agency recently sponsored a drive called Froggy’s Drive for Research Golf  Tournament in St. Augustine, FL. The tens and thousands raised at the event were donated to the Brain Aneurysm Foundation. This is a public foundation that has been doing charity work since 1994. They actively work to educate and spread awareness about brain aneurysms. Moreover, they also research, fund, and advocate for the cause.

Jeff was personally very passionate about this drive. He believes that Froggy, who has struggled with brain aneurysms himself, deserves all the support and assistance he needs for this drive. Froggy is a loving father of two and a devoted husband. He invests his time and effort into this cause because he understands the chronic disease very well.

The sponsorship effort by Distinguish Agency and Jeff Krammer has been remarkable and extremely inspiring as well. Their fundraising was able to help the Brain Aneurysm  Foundation raise a handsome amount of money that can be used effectively for a very important cause.

Along with his charitable efforts, Jeff is a leader and owner of a world-class PR and digital marketing firm called Distinguish Agency. The firm has been delivering its clients exceptional. It consists of a motivated, skilled, and extremely talented team that is driven to work for its clients and its brand’s image.

The firm is known for its excellent strategies and analytical approach in the marketing industry. Their creative work and ability to think out of the box have helped them achieve

the success they deserve. Their clients appreciate their consistent hard work and shower them with well-deserving positive feedback.

The agency and Jeff himself understand the significance of not leaving others behind while achieving success. Despite their commitments and busy schedules, they dedicate time, effort, and money to causes such as Froggy’s Drive for Research Golf  Tournament. They aspire to remain consistent in not just producing outstanding work but also being available for charity drives and donations. This objective shows their integrity as people and indicates their unity as a firm that is always striving to create better and give as much as possible.

A Look Into The Life of MODSi, the “I’m Broke” Hitmaker from Chi-Town