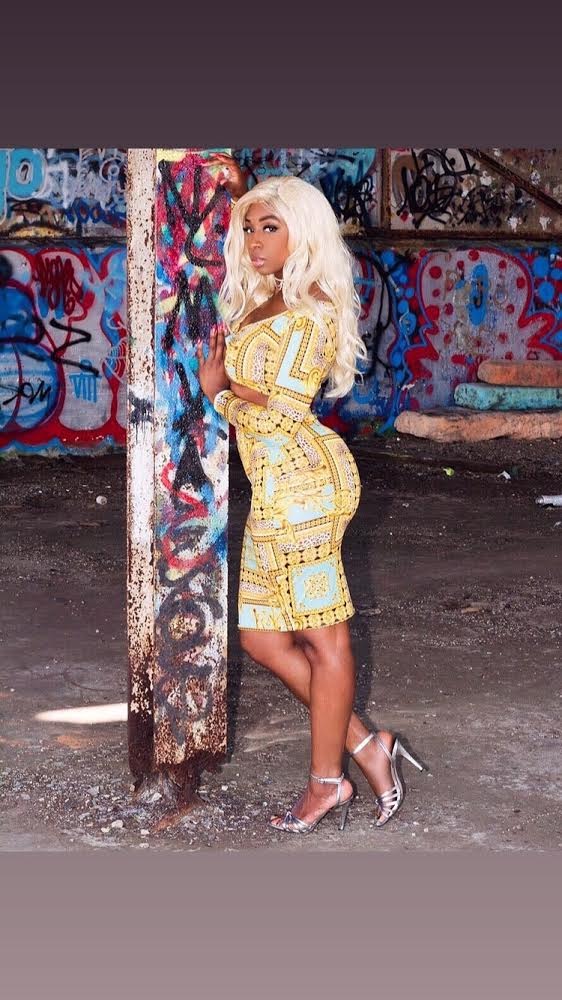 “Venus”  A Roman Goddess of love, feminity, beauty and gardens. And here we are talking about the identical model of the alike- Goddess Venus.

Goddess Venus is a fresh young and rising diva in the musical town. This brand new face is nowadays making a splash among the young fellas.
Stage-by-stage, Venus has been delivering a good lead to the ones who are sailing in the same boat.
Goddess Venus, a girl from Brooklyn, a borough in New York, spent her childhood in a household of brothers who were in practice of rapping. Her brothers used to do rap battles and freestyles with each other. Watching them doing so, their duels intriguing Venus towards rapping. This led her to desire to become an artist someday. This drove her to go deep down and retain the knowledge and information about this art. She started watching and mimicking the legends like Kim and Foxy Brown during her teenage times. Gradually, she had been developing much interest in these things and one of the most patent reason was that they represented the same city city that Venus was from- Brooklyn!
However, firstly she chose to finish up her school education for better outcomes in life. At a later stage, she started pursuing her passion towards modeling and acting. Being an expert in almost each and every sum, she started and counting one of her mastery ‘hosting’in night clubs. This was the period when she heard rappers who would come in and premier their music. During this framework, Venus realised and discovered another artistry of tuning herself nicely on the mate’s musical tracks. She wished to advance her skills in this new perk of her existence.
“One is born to win, but to be a winner, one must plan to win, prepare to win and expect to win.”
Dotting the I’s and crossing the T’s, thereupon she announced her musical career and released her first-ever kickoff Debut a Project entitled “Money Bitch Volume 1” two and 1/2 years ago.
Related Topics:ArtistGoddess Venusmusic
Up Next

Anirudh yogi is a PR expert and brand strategist. He is considered a prolific digital brand builder for individual and companies by several media houses. He is known for building digital brands,his digital marketing services and strategies.