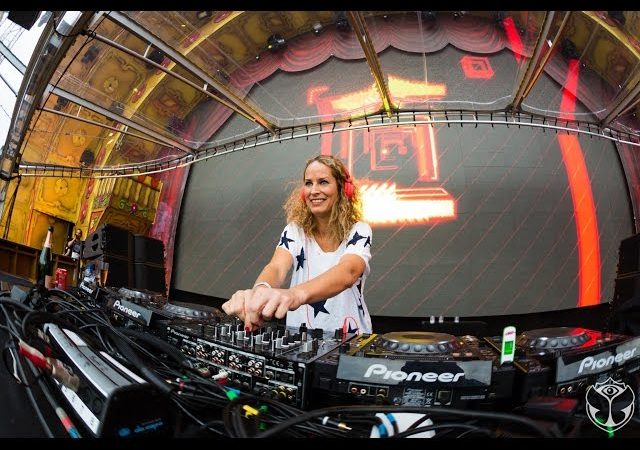 DJ Positivevibes is an upcoming female DJ that many people didn’t expect to be making noise so early in her career. She made her debut to all streaming platforms earlier this year, amassing thousands of streams across stores already. We got the chance to sit down and talk to her about her career, start in music, and entrepreneurial mindset. The interview can be read below:

When did you start making music?

I first began flirting with the idea of actually making music in 7th grade when I received my first laptop. I knew that I now had at least some means to pursue music in the smallest form. It wasn’t until about 2012 when I realized that I may be able to professionally pursue music as a job. It’s been a bumpy road a long the way with a lot of ups and downs, but it has all got me to where I am now, and I think the quality of my music shows that. It speaks for itself.

Like most people I’m sure, music as ALWAYS been of interest for as long as I can remember. My mother would constantly listen to freestyle dance music one day, and then the next day be listening to some Shania Twain, Celine Dion, Jennifer Lopez, the kind of artists you wouldn’t think influence me today. On the other hand, my godfather was a deep hip-hop head, whom whenever was around would be listening to classics like Jadakiss, Nas, Wu-Tang, etc. My music taste was all over the spectrum. When my godparents gifted me my first computer for my 12th birthday in 2007. A few google searches later, I came across a program called Mixcraft, which is a very basic, beginner DAW. All I had was my computer which had a very horrible internal mic, but that was all I needed. I recorded and experimented with it for years before deciding to take music more seriously and investing in some solid gear!

100% independent and doing this solo. Everything down from the music writing, production, recording, mixing, mastering to the promo, videos, shoots and others, is all done by myself with a few friends and solid connections I’ve met. I’d be lying if I said I could do literally everything myself, but I’m blessed to have people around me who care about my music and genuinely want to help when it counts. If it could be like this forever that would be great. Funds from a record label would be nice for features and promo budgets, but in time and under the right conditions of course.

What does it take to be a successful entrepreneur?

Education, hard work, endless dedication even when times get tough. Realizing that you never go straight up but sideways, upside down and backwards before up.

Where do you see yourself in the next five years?

Building growing my company along with using our own platform on social media to make a positive impact on my community and society.

What is some advice you would give to a young entrepreneur?

Don’t give up and keep educating yourself—don’t get discourage but failures but learn and build upon them.

Who is your biggest inspiration?

I love Denzel Washington because he has builot an empire against all odds and he is simply an amazing individual.

Anything else your audience should know?

I plan to drop a lot of new music in 2021. I can’t wait for everyone to hear it. I’m most excited about my new collaborations coming out early next. I added some vocalists to my tracks which will add a whole new dimension to my music that was missing before. I think this help my music appeal to a wider audience and hopefully bring in more fans and traffic to my pages. I know 2021 is going to be a big year!