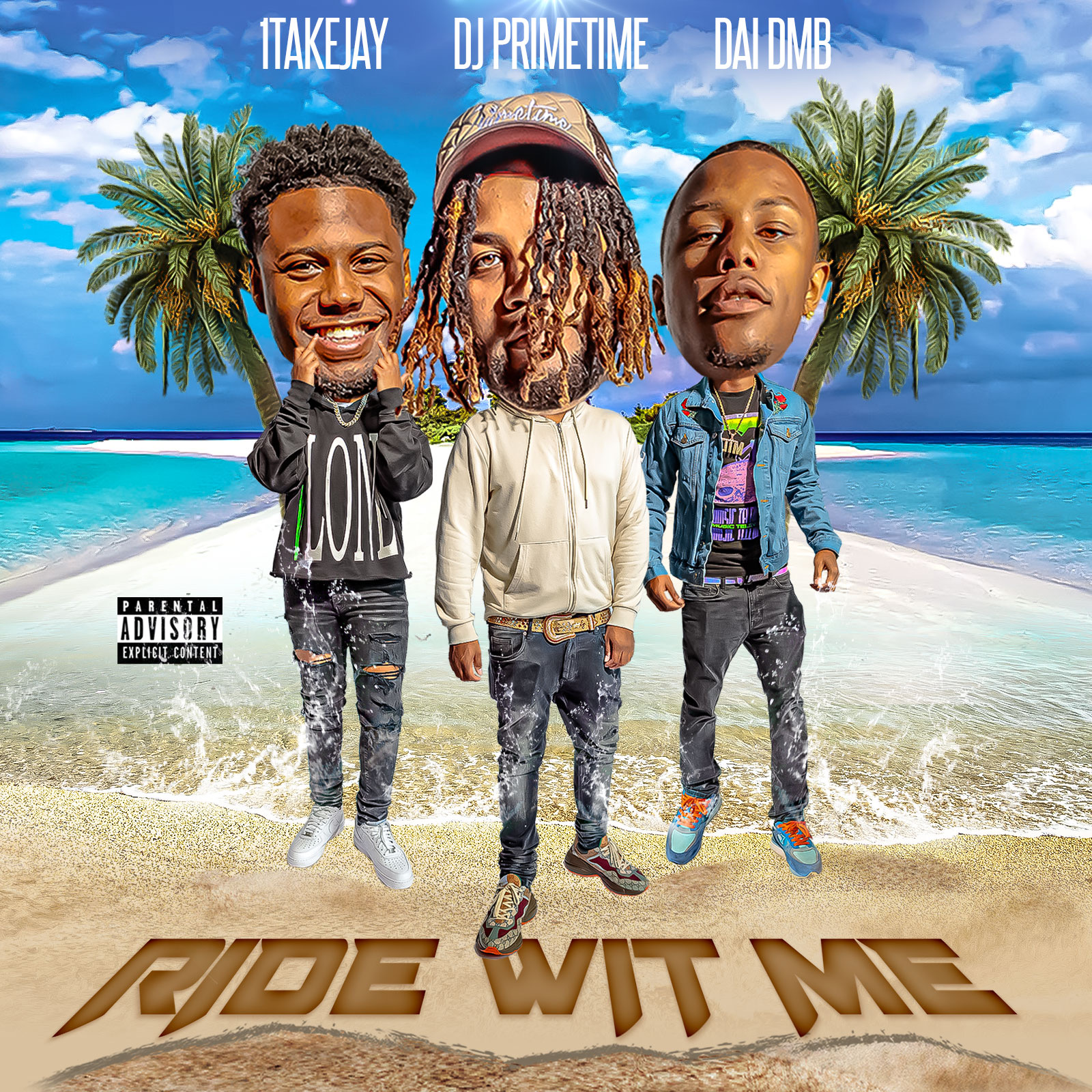 DJ Primetime is back, remixing Nelly’s “Ride Wit Me,” as Primetime looks for the Bonnie to his Clyde to take a ride with him in his track, “Ride Wit Me.”

DJ Primetime never ceases to amaze, especially with his latest release, “Ride Wit Me,” featuring 1TakeJay and Dai Dmb. The song features a beautiful guitar strum paired with incredible bass, making for one hell of a vibe.

The song is about having “fun, a lot of great energy, on some Bonnie and Clyde, summertime partying.” DJ Primetime’s track is about looking for a boo to cruise with and be like “Michelle and Barack” with as the song is a remix of Nelly’s hit song “Ride Wit Me,” featuring St. Lunatics, making it another instant classic as 1TakeJay and Dai Dmb kill the track and deliver insane verses that will make you vibe out and feel yourself. And 1TakeJay comes through dropping bars as “tonight we’re going wild.”

The song is a certified banger. Dai Dmb comes through with the vocals and he gives a mesmerizing performance for his work on “Ride Wit Me,” elevating an already classic guitar strum. As DJ Primetime says, the guitar served as the inspiration for the beat.

“The vibe of the song is fun, a lot of great energy, on some Bonnie and Clyde, summertime partying,” Primetime said in a recent interview.

Then with some of Primetime’s magic and raising the bass on the track, he has created the perfect summer do-or-die anthem.

Primetime later explains how the song came together and how he created magic pairing both 1TakeJay and Dai Dmb for “Ride Wit Me.” He talks about how long this song took to come to fruition.

“At the time, when I was working on my EP, I already had a few songs with Dai Dai, and when I made the beat, I could just hear his voice on the song, so I called him, and we knocked it out,” he explained. “This song was made in 2019, and I just added 1TakeJay verse a few months ago. 1TakeJay and I were already working on some songs for his album, and I played him some songs from my EP, and I just felt like he would compliment the song well.”

DJ Primetime’s “Ride Wit Me” is just another instance of what kind of mastermind Primetime is remixing a popular song and making it stand out on its own, yet still having that nostalgia is a complicated task. And he nails it every time. With his last release, “How We Do It,” starring BlueBucksClan and Chris O’Bannon, a rework of Montell Jordan’s “This Is How We Do It,” DJ Primetime has effortlessly shown his prowess and aptitude as an artist, as we can not wait to see what he drops next.

As DJ Primetime’s next single featuring Chris O’bannon, Kalan.frfr & Sada Baby is dropping in October, be sure to tap in with DJ Primetime via social media  @_djprimetime  on Instagram.

Also, in the meantime, check out DJ Primetime’s latest release, “Ride Wit Me,” below!

Related Topics:DJ Primetime
Up Next

From Comedy Clubs to Credit Consultations, Marvin Francois Is Taking the Financial Literacy World by Storm