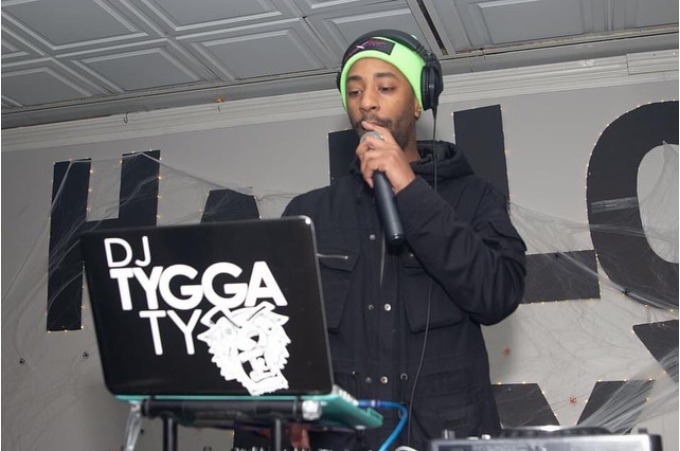 DJ Tygga Ty is a music performer, producer, and radio show host based in Rochester, New York. In addition to his Mixshow, The “Jungle,” on The Beat 105.5FM, he has most recently produced music collaborating with dancehall artist Delomar and performed at Rolling Loud Miami.

To put himself in the position to spin every weekday on the Beat 105.5FM and push play at his sets at the biggest and best festivals in the nation, Tyshon Davis (DJ Tygga Ty) began in obscurity and worked his way up. He went to college at SUNY Brockport as an Urban League of Rochester Black Scholar. At Brockport, he got his start in promotions landing an internship at 89.1FM, the Point, and has since leveraged that experience into countless opportunities, making promotion & advertising an integral part of his skillset. Continuing with the Point through college, he evolved from an asset to the station to a household name in his own right as a musical artist, curator, and performer.

Tyshon’s show on the Beat 105.5FM has adapted over the years to accommodate the various styles of music he blends, and his influence has increased in recent years. In addition to The “Jungle,” he has hosted the “Stop Playin Show” on weekdays and “The Kickback Show” on Sunday nights. He loves to play hip hop, R&B, and all types of popular music, but grew up listening to a number of Caribbean musical artists and especially loves to create and play reggae-dancehall music which blends with mainstream elements in the US. Entering the live performance space concurrently with the airwaves on FM, DJ Tygga Ty witnessed the way crowds react to dancehall music (for reference, check out the Cardi B Passa Passa Birthday Party earlier this year) and sees the potential for artists in that genre to appeal to an international audience. With a specific passion and vision for music, he started to create dancehall music of his own and promotes it on his YouTube channel.

In 2015 Tyga had his setup and was going out for gigs at miscellaneous events as well as parties and weddings. Only through honing his craft and promoting himself was he able to move on to bigger events and positions.

More recently, Tygga Ty has leveraged his fanbase into merchandise sales and events with artists such as Kendrick Lamar on his ‘The Championship’ tour and Migos & Lil Wayne at Spring Break Texas. While the pandemic has unfortunately slowed down the live performance, aspect (Tygga had a tour including a performance scheduled at SXSW in 2020), and he has continued moving by collaborating with artists and promoting his radio shows. In October 2020, Tygga Ty hosted part of the ArtistAuditions.com showcase which at the time was held annually in San Diego, California and has since moved to a fully digital format.

With a keen sense of taste in music and a clear vision for the future of music, Tygga Ty is acting on that which he wants to hear on the radio and live shows. To witness him elevate his craft and the music industry alike, give DJ Tygga Ty a follow at:

Chris Webby’s “We Up” is a Banger for the Ages