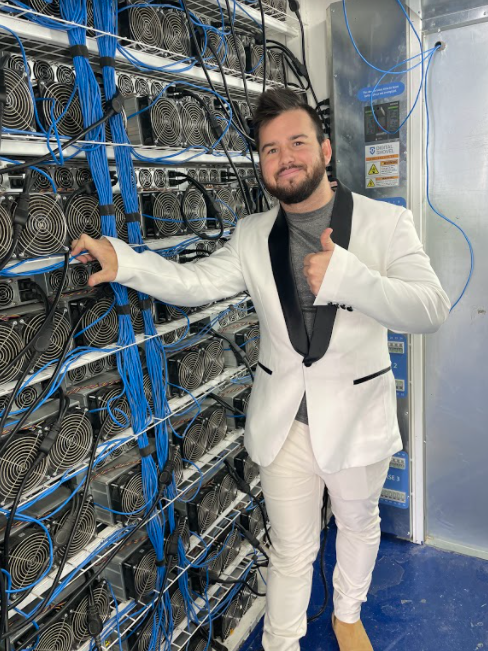 Earlier this month, Bitcoin reached an all-time high of nearly $69,000, and now it is down by nearly 20%. This swing is exactly what makes people hesitant to mint the coin, despite the high returns it promises. However, there is another way. People could invest in a Bitcoin miner instead of buying at a volatile price. This way, it is easier and lower cost.

MiningStore, a US-based mining company that has been mining cryptocurrencies for over five years, does exactly that for their clients. The company reduces friction in the Bitcoin mining space by making it easier for others to purchase crypto miners and operate them at low stranded renewable energy across the United States.

In 2013, JohnPaul “JP” Baric minted his first Bitcoin. Unbeknownst to him at the time, this sent him on a journey that would lead to the creation of MiningStore. At the time, he had a job teaching kids how to build Lego robots and program them. Any money he got from this job went toward purchasing crypto mining hardware and Bitcoin.

In 2016, he started mining Ethereum after combining capital with money from family and friends. With this, he set up ether mining rigs in an old clothing factory he leased in order to gain access to lower electricity costs. After that, he founded the company, and it started out with a team of 30 people.

JP expressed that he started the business to put computers to work for people and show them the amazing opportunity to access the cryptocurrency mining business. “I am passionate about hard assets such as Bitcoin with capped supply and are extremely hard to get. Each Bitcoin requires an extreme amount of energy to obtain through the mining process, which provides security and value to the overall network,” he explained.

Now, after 5 years in the business, they have acquired 1000+ Bitcoin miners, secured 50MW Texas mining site, received over 50M impressions on social content, and been featured on Real Vision, Keiser Report & CoinTelegraph.

MiningStore now offers Managed Mining Program and Bitvault. Managed Mining is their white-glove solution where clients receive power at direct cost and share in a profit split arrangement. This program has a $100k minimum per investor, but it is the easiest way to enter the mining space. In 2020, when this product was launched, it generated $500k in its first month.

Their Bitvault product is an offering for smaller investors who are looking to invest as low as $1k into a mining operation. These investors will own shares in a Regulated Crowdfunding, and each Bitvault is sponsored and run by an influencer. This product has a $5 million cap per influencer per year.

The company is thriving now, but the journey wasn’t all smooth sailing. In 2019, JP had to fire all of his employees, who were mostly his friends, and slowly rebuild the company from scratch. The business had to pivot from selling custom made mining rigs to a business where recurring capital was available. It was at this point that he truly learned how to manage a team and the importance of understanding and controlling costs.

Despite this setback, the company grew stronger than ever. Currently, they are working on projects located in Oklahoma and Texas to build out 250MWs of mining capacity. These projects will be about 6% of the Bitcoin Mining network. They are also continuing to make products for influencers to raise capital and leverage their digital brands.

Related Topics:Crypto Mining
Up Next

Have You Considered These Ways to Accelerate Your Entrepreneurial Journey?