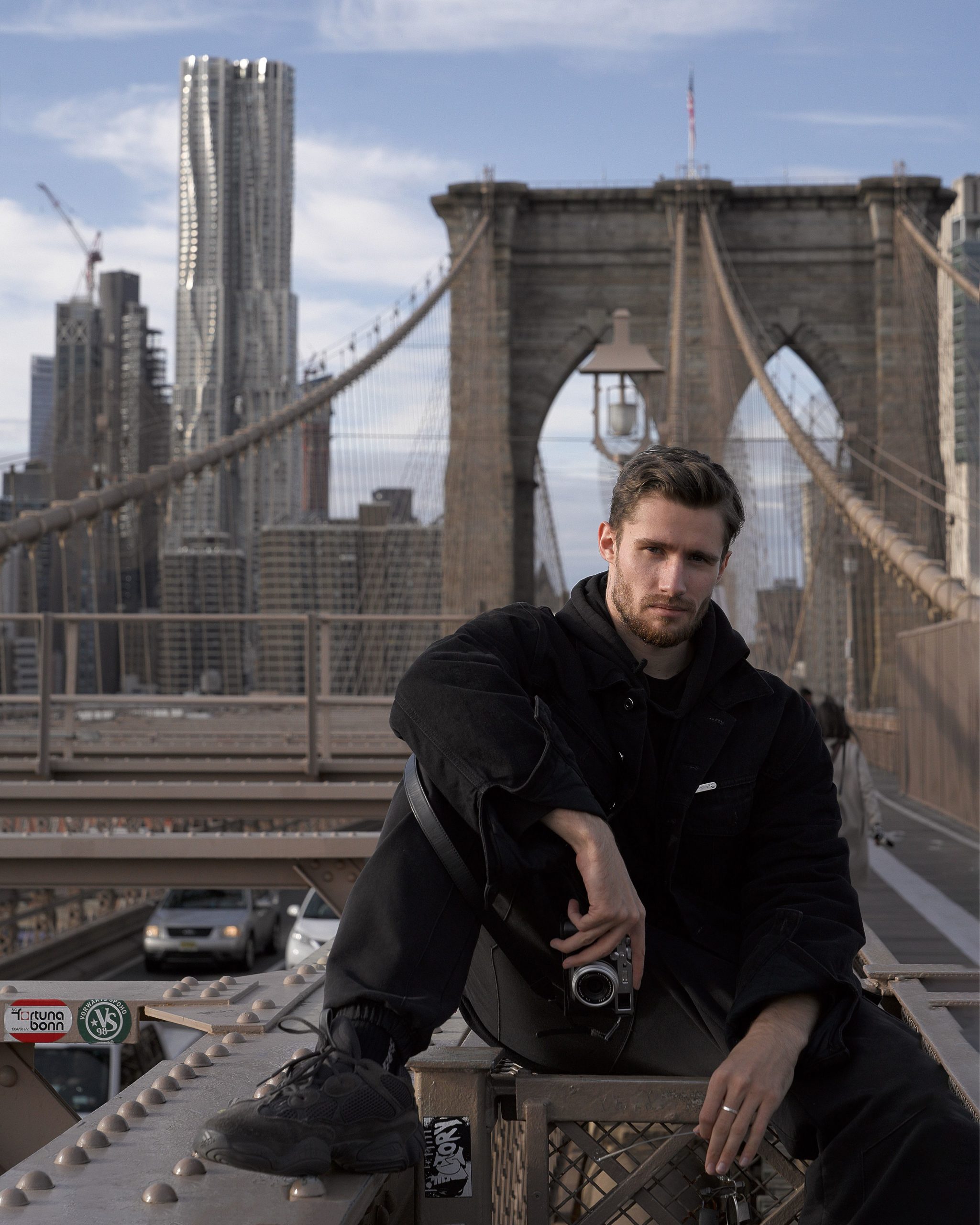 Dmitry Dubrov was born in Novosibirsk and has been making music since childhood.
At school, a rock band, everything is as it should be. I wanted to make cool, creative posters and photographs, but none of the band members then knew the right person for this. Dmitry decides to take matters into his own hands and buys a cheap camera with glass optics and a tripod. So he started taking pictures of the group, making self-portraits, filming his father. This was his first work in the field of photography.

Dmitry posted these portraits on social networks and people liked it. Among them was a man named Cyril. He was the owner of the company that created the content for Shutterstock Inc., IStocks, etc. Kirill liked Dmitry’s style and vision and they began to collaborate.

To continue his studies, Dmitry moved from the suburbs to Novosibirsk. He had already found a place in the student hostel when he received a message from Cyril, who invited Dmitry to work together and live with him and his team in the very center of the city. It is easy to understand how a novice felt after receiving such recognition at the very beginning of the journey.

They say life is a series of white and black stripes. Less than a year later, tragic family circumstances arise for Dmitry, and he can neither learn nor take photos. The mother discovered the second stage of cancer. At this time, only the health and life of a loved one matter.

For him, it was a challenging period that lasted three years. Sometimes it seemed that hoping for the best was absurd. But the darkest night before dawn. Of course, he did not give up. The disease receded, and then – we won.

In the process of this unpleasant chapter of his life, Dmitry founded an advertising agency and worked with various large companies and also conducted client photography.

But for an ambitious person, this was not enough. He wanted to create something beautiful, to reproduce his own vision, and not the customers’ wishes, to receive vivid emotions from life. The moment when Dmitry felt that he could no longer remain in his city coincided with two important events. In the wake of inspiration, he made a photo project in a completely new style for himself. He went to Dubai for another client shoot and during the trip processed the same photo project. Dmitry posted some photos from Instagram on Instagram before boarding a plane to Novosibirsk with a transfer via Moscow. When he landed in Moscow, his Instagram was torn from offers of cooperation. It turned out that new photos were published by several popular public on Instagram, and traffic was not long in coming. New photos had a significant, positive impact on the public. Many people wanted a photoshoot in Moscow. Dmitry decided to leave the route and stay in Moscow for a couple of days. Here, his success was so swift that he chooses to stay.

He does an interesting, creative shooting with Victoria Korotkova, a Russian model known from the Bachelor reality show. CALVIN KLEIN posted the photos from this shoot on the official account. By the way, these photos beat all the records for activity among those also posted on the CK account, including promotional photos with Bieber. After this publication, applications for filming and collaboration became even more. A representative of Sony wrote to Dmitry and proposed to provide any of his equipment for use as an ambassador.
The next important collaboration was with Anastasia Reshetova. He can consider himself a family photographer for Anastasia and Timur, since they have been cooperating for a long time, for the most important events of their family life.
Dmitry also worked with actress Natalya Rudova. Filmed for GQ, “Man of the Year.”
We conducted several promotional shootings for various Black Star projects.
By that time, Dmitry already had projects in France, Italy, Spain, England, the Netherlands, Japan, and later in the USA and Costa Rica. But, one of the most memorable and large-scale filmings was in Dubai. It was a shoot for an elite rehabilitation center for athletes. A two-day desert project. It was epic.
In 2019, Dmitry had a publication in Russian Vogue, and before that in several foreign magazines, although magazines are not a particular purpose for him. Dmitry talks about cooperation with magazines, mentioning that they often try to squeeze the photographer’s vision in such projects into the background, which does not suit him fundamentally.
In parallel, Dmitry founded the Skills4 online school, which was subsequently rebranded at Inframe School. Over 4 years, about 4,500 people studied there.
At the moment, Dmitry is preparing for the exhibition and publication of the book “Implied”, where readers will discover a new, frank genre of shooting, but where the environment, concept, and light provide censorship. This format excites the imagination, looking at these photos, people mentally finish the image that is ideal for them.
In 2019, Dmitry and his team got a new online project.
The online booking service of Agency Studios photo studios, which allows you to quickly and conveniently find and book studios for photo and video filming

Mohammed Umar And His Entrepreneurial Journey