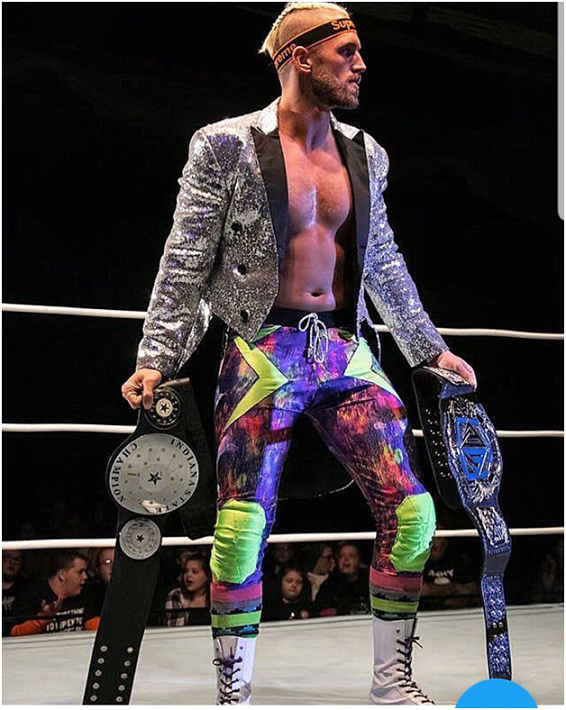 Everyone knows MMA involves plenty of grappling, which is why so many UFC champions begin their careers on the mat. However, what you don’t hear about as often is a wrestler transitioning to boxing. While wrestling takes place mainly on the ground, it still ingrains key fighting instincts, making it an excellent base for boxing.

From the Mat to the Canvas

Both wrestling and boxing involve forcing your will on an opponent and anticipating their next move. As is the case with MMA, the level of fitness, endurance, and stamina a wrestler possesses can go a long way in preparing them for the boxing ring. On a related note, some pro-wrestlers decide to cross-train as boxers because it involves keeping your feet planted during a strike.

The truth is, wrestling and boxing have more in common than you might think. First of all, each of these sports requires extreme dedication and hard work both in and out of the ring. Wrestlers and boxers alike must push their bodies to the limit as they rigorously train and then battle an opponent. Dietary discipline is also a key factor because boxers and wrestlers must weigh in before a match.

Putting it all Together

Whether you’re a fan of or an active participant in combat sports, you need to be able to defend yourself in a real conflict. Grappling skills are a big part of that, but you might just encounter an enemy you can’t take down, and boxing adds another line of defense to your tool belt. Training in both disciplines makes for a fearless all-around fighter, which is why wrestlers often consider going into at least one form of boxing.

The Fans Want to See Both

Another practical reason a wrestler might decide to cross-train as a boxer is that wrestling fans are frequently the same people who follow boxing. Most wrestling fans would kill to see their favorite wrestler dominate in the boxing ring, cementing their image of the fighter as a certifiable badass.

Both Types of Wrestlers Could Make Good Boxers

Perhaps the term “sport wrestling” comes to mind, but have you watched professional wrestling lately? Pro wrestlers talk a lot of trash, and for good reason. These individuals spend hours in the weight room as an integral part of their conditioning, so they’re as strong as they are tough! With the right training, an accomplished wrestler would make a formidable opponent in the boxing ring.

One pro wrestler, Dylan Bostic, is making the unexpected yet understandable transition into boxing. And anyone who’s seen Bostic fight knows he isn’t your average pro wrestler. Weighing in at just 205, this guy is toned yet ripped — not to mention easy on the eyes.

Bostic’s professional wrestling debut was in 2007, and he has gone on to win several championships throughout the United States and Canada. These days, he’s training to box with retired professional boxer Cedric “Ced” Johnson at CBA Promotions in Indianapolis, Indiana.

As impressive as all that is, Bostic’s career involves more than just sports. A talented actor, Bostic recently starred in his movie, “Pursuit of Freedom.” Bostic has accomplished so much already, and now he’s preparing to show the world what he can do in the boxing ring.

Whatever your career goals, Dylan Bostic’s words of encouragement apply: “If you’re happy with where you are or where you’re headed, then you are successful!” Clearly, the man is successful, and we can’t wait to see what he does next!

Here’s where to find the legendary Dylan Bostic on social media:

Build with Pods: A Pattern of Creation By Ian Clawson and Chris Deaver