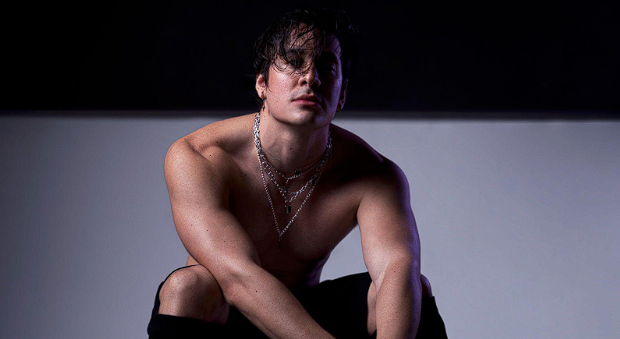 If you pursue your passion, success will always follow. The journey of self-discovery is full of obstacles. You will face negativity from every direction, but if you focus on the prize, you will surely win it. No other success story relates so meaningfully to this than songwriter and musical artist, Eddie Bordones. He overcame everything on his way to becoming the person he is today in the entertainment industry.

Eddie Bordones is an independent Latin artist from Venezuela living in the US who is determined to rewrite the rules in the music industry. Like many other artists who set out to craft a career away from a record label, he had to set new boundaries without having access to a full team; In early fall of 2022, he became the producer, songwriter, and the mastermind behind his first single, “Rewind” working in combination with the notable producer Mantra, founder of WAVS. His dream of becoming a pop/alternative artist in the industry is far beyond wanting mainstream fame, but instead he has a focus on impact through his gift of singing and songwriting. You’d be surprised to know what he overcame to stand in the spotlight tall and proud.

Eddie Bordones had quite a challenging journey. If it was not for his strong will and perseverance, he would have given up long ago. Earlier in his life, he dealt with stuttering which naturally comes with an array of obstacles, a speech condition he initially believed could ruin his dream of becoming a professional singer. Instead of focusing on the negative aspect, he turned his life around by learning to fall in love with every part of himself including those that could look bad at hindsight, and he took the time to discover what truly sets him apart. Eddie decided that his stuttering would not define him but remain an insignificant part of his life. He later worked with a speech therapist from his native country who helped him in the process of gaining his confidence back and using his story to inspire others.

Eddie always had a passion for singing and the performing arts for as long as he can remember, but he also had to face the challenges of making it in an industry dominated mainly by American artists (Those who usually don’t have to deal with starting over from scratch in a brand new country as immigrants like he did in his early 20s). In an interview with Disrupt, he mentioned that he had every reason to give up on his ambition to become a fresh new talent in the music industry, but decided to work through the bad days. He’s not a fan of easy paths because he knows change costs a fortune, but he has never been deterred. Eddie had to seal and believe that he had something new to bring to the table and move forward.

He focused strictly on the prize, which is to share his story on a public scale, drawing inspiration from industry leaders; Such as Billie Eilish, Lana del Rey, and Amy Winehouse. He also focused on real-life scenarios when writing his music. He based everything on what people can relate to, such as the raw feeling of heartbreak, one historically known for being difficult to process. When looking closely into his first single, one thing becomes clear — emotional struggles, and internal conflicts are a common theme in Eddie’s music, but then somehow, he manages to combine the pain with inspirational elements to bring out a lesson we can all touch and feel. Everyone experiences ups and downs, and Eddie connects with his audience through appealing to the common human journey.

Eddie is better positioned in the industry today to make his music a global brand recognized for its uniqueness, instead of being redundant as most TikTok music is nowadays. He is determined to touch every soul he possibly can with a sense of humanity and inspire all who listen to his music through his vocals. Through his relentless effort, he plans to achieve his objectives and get the opportunity he deserves. His story can inspire many people starting out in different industries as immigrants or as those who struggle with any peculiar condition. In other words, he’s a true example of not letting your challenges hold you back. You can always turn your ‘bad’ experiences into successes if you put in the positive energy and maintain the focus on what’s next.