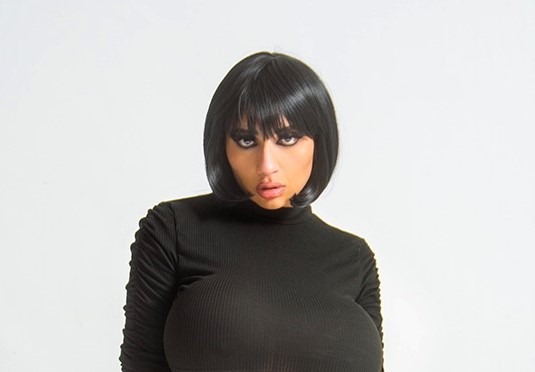 Mariza Lamb is a model and entrepreneur who has built a successful business from nothing other than innovative ideas, hard work, and consistency

Refusing to Give Up in the Midst of Adversity

Mariza Lamb has battled through her fair share of challenges. From a young age, Mariza and her family struggled financially, and she was not able to experience what most people would consider being a “normal” upbringing. Enjoyable experiences were scarce for Mariza all the way through her teenage years, but she remained focused and optimistic for a brighter future to come. After her teenage years, Mariza had a variety of jobs ranging from marketing positions to a job at a local club. During this time, she met her future husband, and in 2015 they decided to get married. Mariza also had three amazing children which she considers to be the joy of her life, and life was finally beginning to seem like it was taking a turn for the best. Unfortunately, Mariza and her husband at the time decided to get a divorce, and once again Mariza found herself with her back against the wall.

Mariza was struggling as a single mother trying to raise three children while working to make ends meet. She often worked over 12 hours a day just to pay the bills, and the long hours took a toll on her in many ways. She could not bear to spend so much time away from her kids and desired more than anything to be there during such a special period in their lives. “It was a frustrating feeling to watch my children being be raised by teachers and daycare workers more than their own mother, and it really was unbearable for me,” Mariza emotionally stated. Mariza had been working at a club where she had earned awards as a top employee; however, adversity struck her once again when the local government implemented changes that caused the club to lose consumer traction. This change left Mariza without a job. With three young children and no income, Mariza knew it was up to her to change their reality.

How One Idea Changed Everything

While Mariza was out of work, she was constantly searching for potential jobs so that she could financially support her family. During this time, an opportunity for Mariza to get some desired changes to her body presented itself, and Mariza decided that since she was out of work it would be the only time she’d be able to do it. After the procedures, Mariza shared new photos to her social media accounts, primarily Instagram. Immediately, she began receiving an enormous amount of attention, the majority of it being very positive feedback. Mariza continued posting, and her social media accounts began to flourish. It was at this point that Mariza realized there may be an opportunity to create a business through her own social media popularity. Mariza had worked in multiple marketing roles and was always fascinated by the subscription business model that juggernaut companies such as Netflix and Hulu utilize. She had seen many women and men earning great incomes on subscription modeling sites, so she decided to give it a try.

Mariza quickly began her subscription site and immediately saw the earning potential after her first few posts. She already had many fans on Instagram, and they were quickly migrating to her paid site. She decided it was time to pursue her new business full-force, so she hired a director and editor to help bring her creative visions to life. Through her high-quality content, innovative themes, and consistency, Mariza was able to rapidly scale her business. Although she still works many hours a day and takes very few days off, she enjoys the freedom of being her own boss which enables her to create her own schedule. Ultimately, she is able to spend the time she so desperately wanted to have with her children all while thriving financially.

“Never let anyone’s opinion of you dictate what you decide to do with your life. People will speak poorly about you for working a “decent” job and never having time to raise your family, and they will talk bad about you for doing something that society labels as “bad.” In the end, do whatever it is that makes you happy.”

A Shift in Her Mission

Originally, Mariza’s only goal was to make a living to support her family. She was desperate to provide a good life for her children, and she was not going to let her situation stop her from doing so. Once her business began to take off, she made smart financial decisions with her earnings. Over time, Mariza began to gain a sense of financial freedom for the first time in her life. As money became increasingly less important, Mariza felt that earning money through her work was no longer enough to satisfy her. Sure, the money was helpful, but she wanted to impact the world, and desired to touch people’s lives in any way she could.

Mariza now uses her platform to inspire women all around the globe to be confident and to believe in themselves. She emphasizes the importance of being comfortable in your own skin, as beauty comes in all different shapes, sizes, and colors. Mariza stated, “Whether they’re enhanced or natural, any woman has the right to be whatever she wants to be, and although some may not agree with what many women are doing, they should respect each other as women and love them regardless.” Mariza lives with a “live and let live” approach to life, and strongly believes that everyone deserves to find happiness. She has become a light in many people’s lives, and she’s only just getting started.

How to Stay Current Online With Mariza Lamb

Viewers can follow Mariza Lamb on her Instagram. She welcomes anyone to join her on her journey as an entrepreneur and model and encourages those who are seeking advice to reach out.