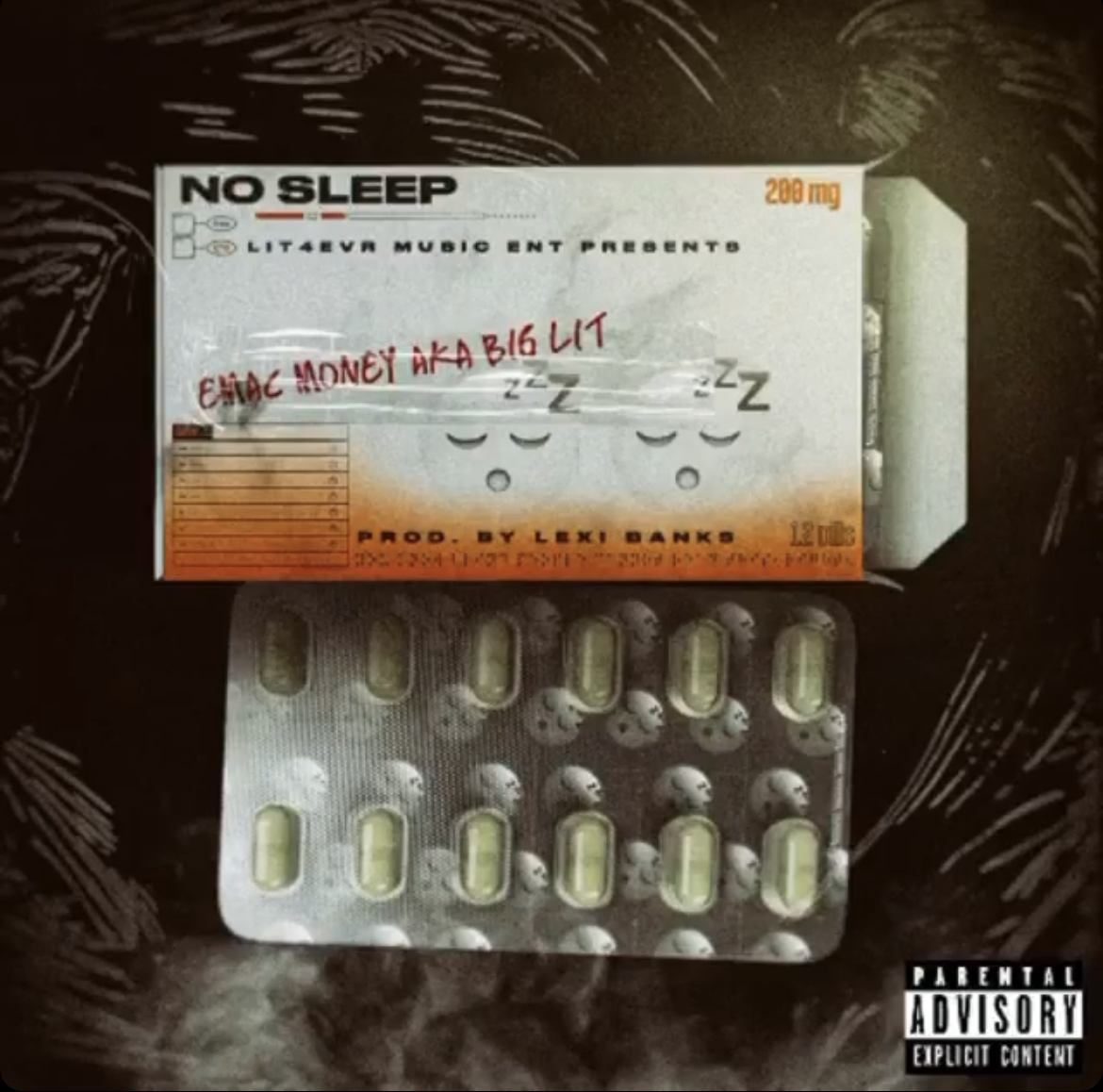 Emac Money, also known as Big LiT, is a breakaway rapper on the rise out of Florida. Emac Money is releasing the hit single “No Sleep” Friday, June 24th 2022; Presave is available now.

Emac found his passion for music as a way to express how he feels in the oppressed world he lives in. ” I love music bc it’s unfiltered … they try to control And oppress everything about us … but the music is yours when you on the mic in the booth alone with your headphones on, can’t nobody tell you how to feel, what to say, or how to say it… if you’re honest, then it’s genuine. ” Emac sees himself as a successful mainstream artist five years later.

Emac wants to be remembered as a top tier rapper who’s an overall real person ” I just wanna be remembered as someone who ain’t gonna ever sugarcoat shit to please the general census or anyone.. who always keep it a Buck no matter if the question I’m asked the answer is gonna offend, scare, hurt feelings, or start problems Is always gonna tell the truth… I wanna be remembered as a person who the word was Law, and if u got that U could take that mofucka straight to the bank… we need to make telling the truth cool again, then we can start fixing other Shit.,”

Emac aims to spread his story and inspire young kids to turn away from the streets/gangs. ” If my story can touch just one kid out there if I can cuz one child to go the other direction away from bullshit the gang life, the drug life, then I’ve accomplished what I set out to do… cuz in real life all that cool shit it ain’t cool and when u in that cell or in that box rotting away u just gone nun of that gangsta shit u did matters.. there’s only one thing in this world u can’t replace u only get to spend it once that’s your time use them 24 wisely….”

Emac has many heartwarming accomplishments aside from music, such as moving his mother out of public housing & his “people” out of the projects. “done ran up a bag from this music shit and done got my momma outta public housing and my people out the projects.. my worst fear in life is letting my people down that’s something I’m not equipped to do….”

Related Topics:Money Releases
Up Next

How Andrew Choi Moved from Being a Pianist to Engineering at Coinbase, Microsoft, LinkedIn, Snapchat, and CEO of a $100M NFT Brand

Pop Stunna returns for the summer with Roccsta