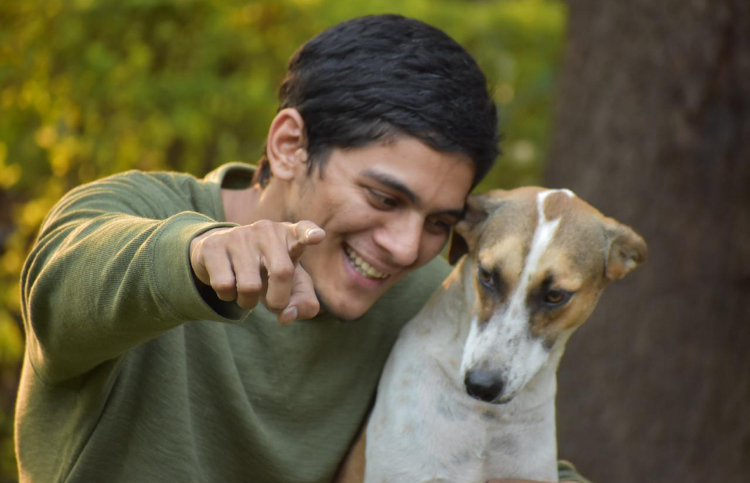 What makes us human beings different from other species is the fact that despite being on the top of the food chain, we have a deep sense of empathy for animals and the nature around us and this is the only way we can sustain for the longer period on this planet. There are humans who do not understand this and then there are heroes like Ashish Joshi who does not only understand the value of saving nature and animals but also inspiring others to do the same.

Ashish is an animal lover and a social activist known for his work for the animal rights and their well being. Ashish had always a deep sense of connection for the nature and he just wanted to make his surroundings greener and fresh. This is when he decided to plant trees. Talking about his initiative of helping dogs, he says that he noticed that when well-fed, the issues arising due to them come under control to a great extent. When he saw that he is succeeding in working for this beautiful cause, he moved a step ahead and along with his friends Tanmay Divekar, Adinath Balladhe and Sumit Ghodke started sterilising these dogs with regular medication.

Ashish comes from Aurangabad which is also known as the city of gates in Maharashtra, Ashish while growing up learnt the importance of respecting nature and environment. He has always been curious about knowing and helping the stray animals as they are the ones who gets affected the most in the city life. This curiosity and empathy led Ashish to do what he is known for.

Ashish started with planting 280 trees on a Barren land and then cared for them as a mother would care her child. For two years, with consistency, Ashish’s days begun at 3:30 am for the maintenance and watering of these trees. The idea of a 23 year old boy planting and nurturing trees instead of partying is still refreshing.

Result of which, today more than 400 trees stand tall on this land which once was barren. Ashish grew a jungle out of this land. He there has created a place where all lives from different species can co exist.

Ashish also has a soft spot for our furry friend – dogs. An accident in past has brought him close to this best friend of man. Ashish since then has thrived hard to serve dogs in any possible way he can. Ashish feeds more than sixty dogs right now, and he vaccinated, spayed, rescued and treated more than hundreds of dogs in Aurangabad.

Ashish has never turned his back on an animal that was in need. One such time one vehicle ran over a family of dogs, killing everyone but one, champ. The accident took away Champ’s front limbs.

Ashish brought this pup to various local vets who suggested him to euthanize Champ to end his suffer and pain. Ashish could not prepare himself to do that and decided that he should let Champ have his fair chance at life. Ashish got a walker made for champ but, unfortunately, it didn’t work out. He still didn’t lose hope and decided to teach champ to live the way he is. Today champ walks and runs on his two legs, like a happy baby kangaroo.

Many others like champ, today, are alive and happy in the live and warmth of Ashish. And he just hopes that more and more people put their foot forward to help animals co-exist and help him in his mission of this green revolution.

Everything You Need To Know About Fairview