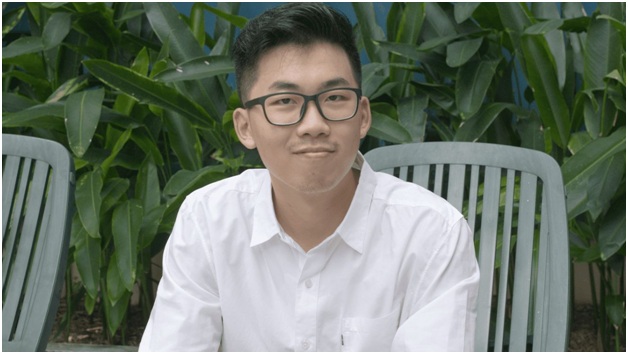 I no longer just focused on making money; I focused on finding what I was good at & being the best at my craft,” says Ervin Ang, a 22-year-old digital entrepreneur.  As a young entrepreneur, Ervin comes with a modernist belief that one should pursue what one loves to do. According to him, if you seek something you like, the money will always find a way to flow in!

Growing up in a well-to-do family, Ervin knew how hard one had to work to earn and set up an empire as his father and grandparents had. Watching them both succeed as entrepreneurs, Ervin took inspiration from it and set out to establish his own email marketing company. He recalls being miserable and down in the dumps several times during his business. However, the one thing that kept him going on was remembering his ‘cause’. “Always go back to your “WHY.”

If your “Why” is strong enough, you will not crumble so quickly,” said Ervin in a recent interview.

Ervin is a firm believer in grabbing every opportunity, no matter how big or small. Today, he owes his success partly to his old self, who never missed out on any opportunity that came his way. Ervin has worked as everything from a vegetable section attendant, e-Commerce store owner, eSports event’s organizer, and copywriter. These experiences nurtured his skills and brought him to the point that he is today.  Thus, he reiterates that the key to being satisfied with one’s life is to try everything once & go all in on what you’re good at.

A satisfied entrepreneur, according to Ervin Ang, is one who takes accountability for his actions. He does not believe in the blame game; instead, he prefers owning up to his mistakes.  Nothing is more fulfilling to him than when his customers and clients show complete trust and confidence in his services.

Lastly, what makes entrepreneurship truly fulfilling is when you pay it forward and give back to society. Ervin made his contribution recently by making his first $100 donation to a Children’s Charity called CARE. He is also doing a private workshop for the NUS Entrepreneurship Society soon, where he will teach copywriting to 50 university students.

In terms of his vision for the next 5 years, he likes to scale his email marketing agency to 7 figures per year by helping 7 figure coaches to book more calls from their lists & building up a team of email marketing specialists. With his charisma and high character, he is moving ahead at lightning speed, and we wish him all the luck for a prosperous future.

If you’re a coach doing at least 50k/m and like to get help with email from Ervin’s team, then you can send him an email here – convertfromemail@gmail.com

If you’re an entrepreneur and like to connect more with Ervin,you can follow him on his social media here:

Freelance Work: The Details That Can Set You Apart

Benefits of Earning a College Degree