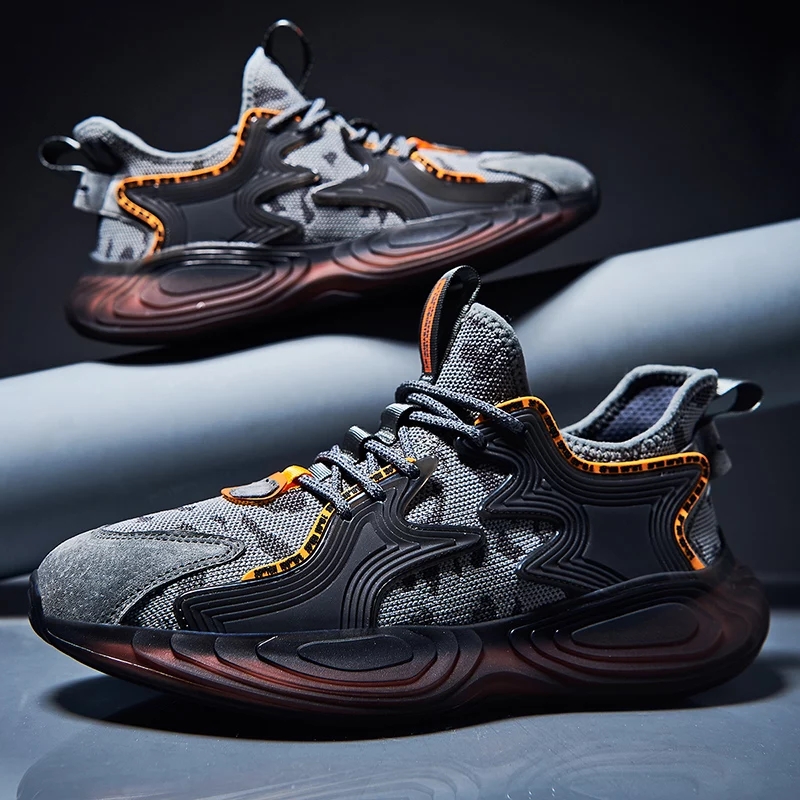 Initially created by a 16-year-old founder who, since 5th grade, saved every penny from lunches, birthdays, and Christmas each year to begin his own footwear line – Enzo Footwear  has, from the start, done things differently. With the help of his father, Enzo’s founder set out to build a brand that would disrupt the footwear space and stand out as the anti-corporate alternative to the fast-footwear culture, which deserves and demands reinvention.

What started as a business born from a teenage bedroom has now grown into a globally recognized brand that serves thousands of customers throughout the world and sells hundreds of pairs daily. Enzo’s growing popularity and grassroots following has amassed over 250k+ followers on social media and shows no signs of slowing. In fact, Enzo’s customers and fans flock to the brand for its unique designs, edgy color combinations, and always on-trend execution of stylish footwear without the mass-produced feel. Enzo training sneakers are known for their high performance and quality materials as well as sturdy design. These qualities, matched with an urban feel and street sensibility allow Enzo Footwear to continually evolve in their approach, remaining agile from a design perspective, while keeping a close eye on consumer preferences and demands.

Most recently, Enzo Footwear has established itself with premier publications as the ‘it’ footwear brand to watch in 2022. Focusing on its unique approach to design, production, and company culture, major publications now feature and recognize Enzo as a new force in the footwear world. According to its founder, “The movement we’re creating, challenging the status quo of the big brands and disrupting the space is something we’re most proud of at Enzo”. With buzz and excitement building, Enzo Footwear is primed for an incredible year of growth and brand building awareness.

Among Enzo’s best-sellers, the Enzo Leap, Enzo Vand, Enzo Claire, and Enzo Lief, represent the sneakers that have earned the most loyal fans. These trainers exemplify the fusion of quality and style that Enzo is committed to delivering. Over the coming years, Enzo looks forward to releasing inspired footwear lines and accessories for their global audience. For 2022, customers can also look forward to the addition of watches to their accessories line. In the coming months, the company will reveal the exciting details of this release, including other to-be-announced items.

Enzo Footwear is a global footwear company focused on creating the best looking, most high-performance shoes that take you from the street, to the gym, and beyond. Made for both men and women, Enzo training sneakers feature breathable, high-quality design with eye-catching colors and on-trend style. Enzo was created with the intention to disrupt the footwear industry and offer an alternative to corporate, big name brand options. Instead, Enzo stands out as a company built on a soulful & committed approach to footwear that looks and feels like nothing else on the market today. To learn more about Enzo Footwear, visit www.enzofootwear.com or discover on Instagram or Facebook.

Related Topics:EnzoEnzo Footwear
Up Next

Dr Kumar B.G talks about his mesmerising captures from Africa