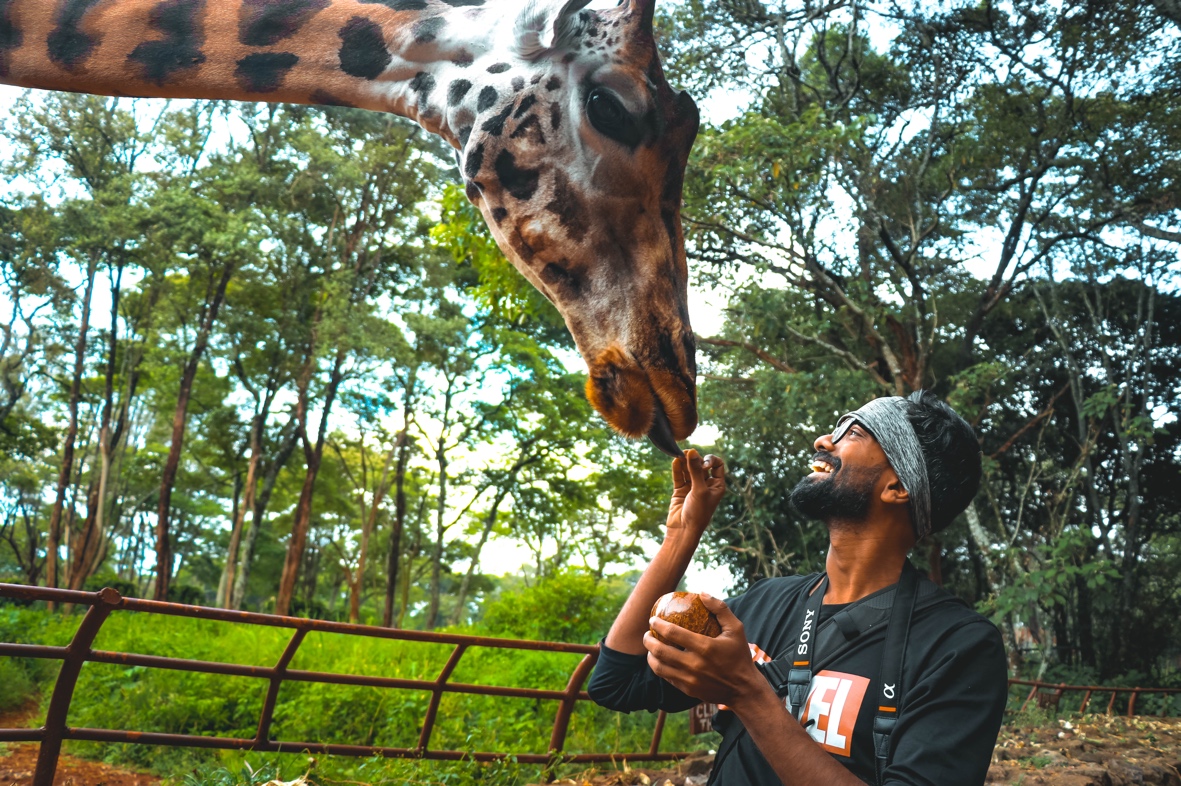 This young doctor from Kerala has his heart set to travel photography from a very young age. Although he chose a noble profession of being a doctor, he has been learning photography and honing his skills in capturing amazing images right from childhood. After finishing his medical degrees with MBBS and MD from Madras Medical College, he is working as an Anaesthesiologist in Kerala.

However, he manages to travel in all his spare time and has brought forward a collection of stunning captures from around India as well as abroad. One such capture which attracted a lot of attention on his Instagram handle @thealphavoyager was the picture portraying two elephants interacting with each other with loads of love under a sole tree in the beautiful savannah of Masai Mara. To add more drama to the scene, the birds can be seen taking to the sky in the background as well.

On asking Dr Kumar B.G as to how he could witness such a spectacle, he said it was pure luck and a hunch as well. He was leaving Amboseli National Park in Kenya after a safari, and while looking back into the distance, saw a lone elephant under a picturesque tree. Then he noted another elephant in the distance and saw them signal each other as well. That’s when he had a hunch something magical was about to happen. He signalled to the safari driver and waited for the elephants to approach each other. Since the elephants were far away and he was using a telephoto lens to capture the action, he made sure he wasn’t disturbing the union of the giants. The embrace they both shared was nothing short of a spectacle and it can be clearly seen in the capture. He really has deep passion for the animals we share this world with and these  few captures from Africa are a testament to that.

He also interacted with the tribals from the Masai Mara in his journey through Africa, and he had a fascinating story to tell about how strongly he feels they need to be uplifted as well. Accessibility to basic health as well as education still is a luxury to them, and interacting with the ever smiling Masai Mara people was for sure a revelation to dwell upon.

On asking him to summarise his feelings about Africa in a few words, Dr Kumar B.G had this to say “If I’ve ever seen magic, it was in Africa. The unity of the people there with the nature around them, and the harmony of life forms in all was just so new to me that I still can’t rub off that vibe.”

He won a few well deserved awards for his photograph of the elephants, with the notable one being from his own medical fraternity who rewarded his photography skills with a cash prize along with a certificate. On asking where his next destination will be, Dr Kumar B.G told us that he plans to explore Turkey once this pandemic wave settles and his medical duties relax a bit.

Related Topics:Dr Kumar B.GPhotographer
Up Next

Next Potential NFT to Explode: The Noble Wolf Pack NFT