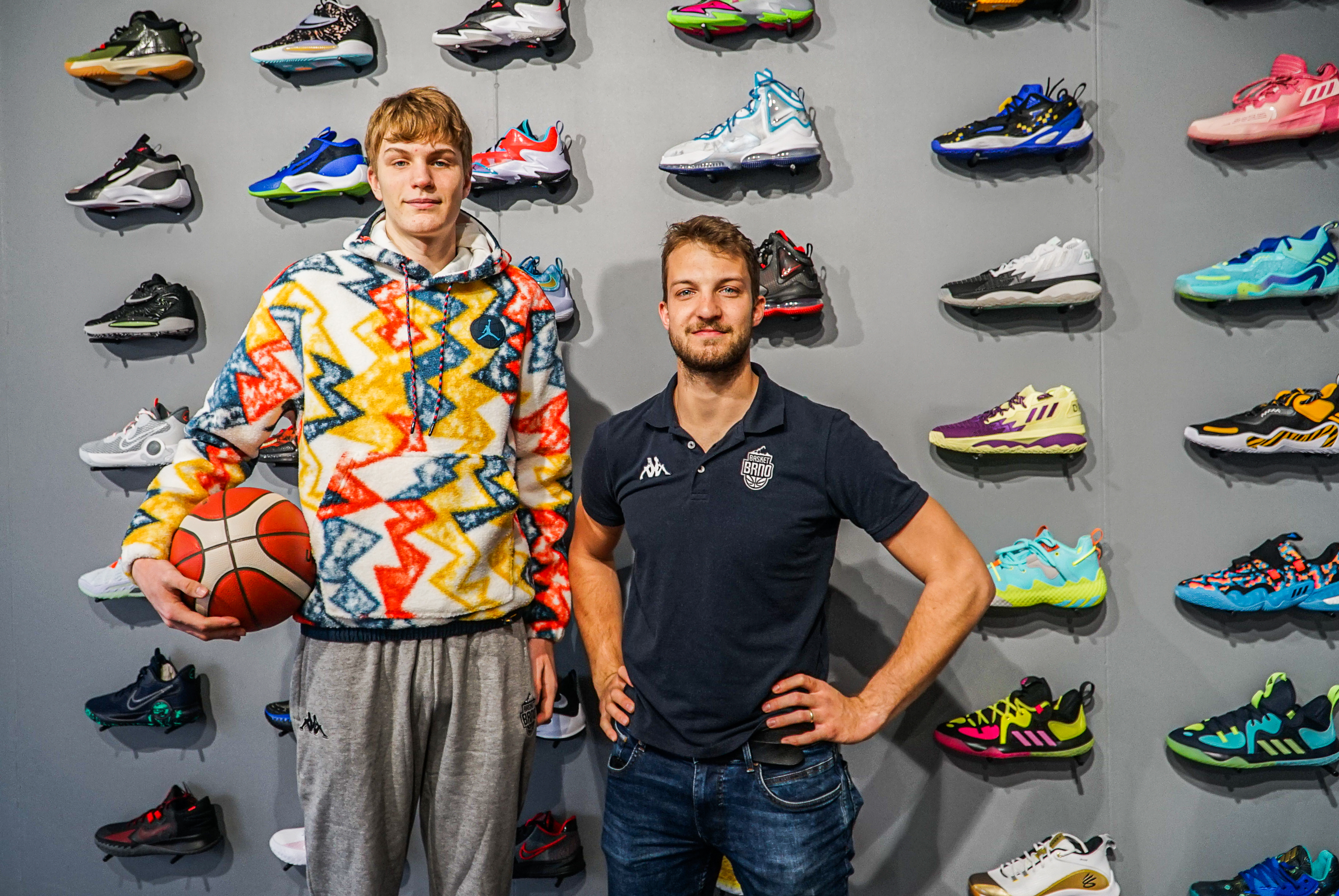 On Wednesday 9.3., the head coach of BASKET Brno youth club Martin Vanek received a call from basketball agentRaivis Usackis with whom our club cooperates and asked him if we could take care of his player, Nikita Korotchenko. He was in that moment in the bus on his way from Ukraine. Martin immediately contacted the player and picked him up at the bus station a few hours later in Brno.

“The first information about Nikita we received from one of the owners, Mr Rapaport, on Tuesday. However, we did not expect him to arrive in the Czech Republic one day later, “said coach Vanek about Nikita’s arrival.

Nikita comes from the Ukrainian city of Nikolaev. His mother left the family when he was 3 years old and he grew up only with his father and grandmother. At the age of 12, he left his hometown for a better basketball program in the Dnieper, where he wanted to develop and get closer to his dream – Euroleague and the NBA. After the Russian invasion of Ukraine, he stayed with his coach, and at first, they hoped that the whole situation would calm down in a few weeks. On Monday 7.3. he decided to leave the country as soon as possible. Tuesday 8.3. he and another teammate boarded a bus in the Dnieper. The came to Lvov, where they got out and crossed the border on foot. “The transition to the refugee center on the Polish side of the interstate border took about 30 minutes, we expected it would take much longer “describes his way out of Ukraine Nikita.

Meanwhile, the agent called Nikita to try to find one of two options – to get to Warsaw and then to Riga, or Prague, and he would look for a club that would take care of him. Many volunteers from Poland were waiting at the refugee center to offer any help. The boys first asked a young lady who offered a ride to Warsaw. But she told them that they were too tall and that they would not fit in her car. Nikita then found a bus with a Prague sign. He got into it and his teammate continued alone to Warsaw. During the trip to the Czech Republic, the agent contacted coach Vanek. 30 hours after boarding the bus in the Dnieper, Nikita got off in Brno, where he was picked up by coach Vaněk and taken to a hotel and practice immediately.

“We supposed Nikita would want to rest after a difficult journey, but he wanted to go to practice right away. He stayed and went with coach Martin Vaňek to the U17 team training. The next day he joined the Next Generation training group, impressed the coaches not only with his parameters and basketball skills, but also with his attitude and will to get better.

Therefore, we immediately started to work on his transfer to Brno. This required the approval of the Dnieper Club and the Ukrainian Basketball Federation, which we feared in this situation, but in the end,everything turned out well and Nikita is officially a BASKET BRNO player. He signed a 5-year contract and we expect him not only to join our A-team but also became important part of itwithin this period,” explains youth manager Jan Kozina.

Nikita practices with our U17 and U19 Extraleague teams and healso joined Next Generation group where he is preparing for Adidas Next Generation Euroleague tournament. The tournament will take place in Ljubljana, Slovenia in April.

He manages the whole situation very well, even though his father is a soldier by profession and Nikita has only minimal contact with him in this situation. He mainly communicates with his grandmother. Based on the information we have from Nikita, his family is safe so far.

“I would like to thank to Tomas Nesrovnal (U17 assistant coach) and his mother who helped Nikita to feel comfortable in Brno. They spend some time with him, provide him with some necessary things and also they are managing to get Czechlanguage lessons for him”, said Jan Kozina.

Canada’s improvements in the entertainment and igaming industry

Animated Character Maker: The Rise Of A Multi-Billion Dollar Industry