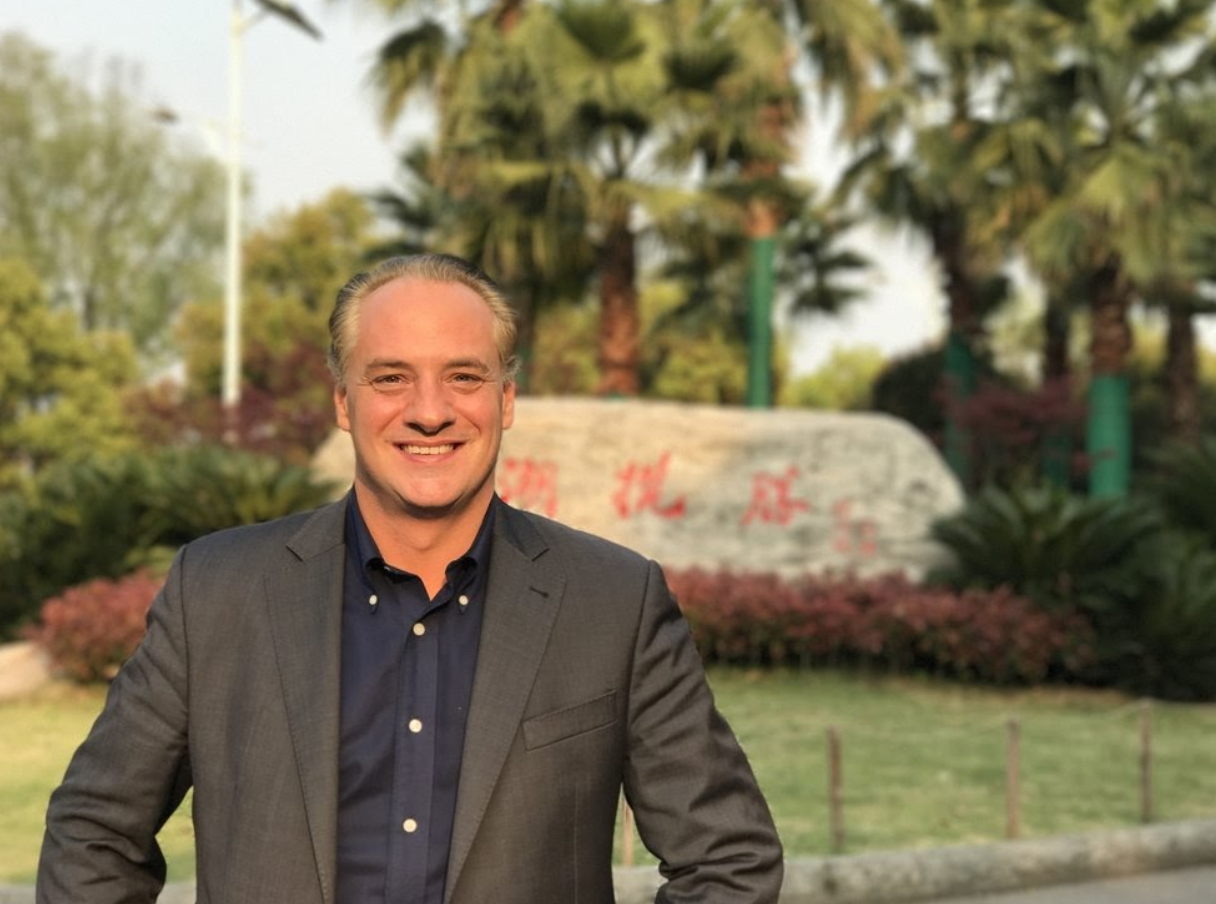 When we were planning to develop the Zero Carbon machines, both Michael Hofmeister and I wanted to offer a solution to resolve the global waste problem, even in the remotest of the Earth. We aimed to build self-sufficient communities while implementing both mentality and Zero Carbon resolution in any part of the world. Hence, our Zero Carbon machines had to convert a combination of organic and inorganic waste to be clean gas onsite, which essentially means it had to be portable. It had to be able to be easily transportable and placeable in even the remotest of the world. For this reason, we also aimed for the machines to be usable in developing countries, hence it had to be operating under a minimum cost while offering an optimized result. Meanwhile, Michael and his engineering team invented an automated shaft that pulverizes clinkers in the process, a significant technical breakthrough! They managed to resolve one of the issues faced by most waste-to-energy systems, where clinkers would be stuck at the end of its funnel and shut the entire operation in a second. When we eventually finalized Zero Carbon, we were satisfied that we were resolving both issues, using a sustainable result.

Before planning, I led the EX Zero Carbon team to build communications, prepared pitches and wrote grants for funding purposes. I had to admit that though Zero Carbon would be revolutionary, the funding communications were rather challenging. We had to describe and create prototypes, undergo plenty of revisions, which all took time to get finalized. We were pitching for a government grant from the German government, and eventually, we received fundings from the Federal Ministry of Economics and Technology and the Saechsische Aufbaubank (SAB). Afterward, Michael’s automated clinkers shaft was also time-consuming to solve, and his aim to turn it consistent had elongated the process to production. Essentially, the process of building Zero Carbon machines took us almost a decade. The machine underwent more than 30 university tests in Germany’s Zittau Görlitz University of Applied Sciences. The study by the university concludes the viability and stability of the X5 machine. Imagine, it took us nearly ten years to release the devices!

We built two types of machines, the X5 and X50, in which both process waste based on volume sizes. Michael and his MFC team had designed the X5 machine to convert 120kg of both wet and dry waste daily to clean gas, while each X50 machine converts one ton. Existing waste-to-energy plants typically convert larger volumes, and they will need larger quantities of combined waste as well. Some places in dire need of waste management systems do not even produce more than 50kg of daily waste. Additionally, Michael’s team also ensured that the machines would fit in a 20-foot container and were portable to even the remotest of the world. The waste would be easily discoverable around, for instance, plastics, husks, straws, and other types of biowaste as dry waste and sludge and polluted water as wet waste. It operates on up to 25% plastic waste and 75% biofuels, which would be convertible in pelletized forms. This waste would undergo gasification, which would remove the carbon monoxide, hydrogen, methane, and nitric oxide elements onsite.

The gasification process involves mixing waste streams, then applying a temperature of 1,000 degrees Celsius to destroy all the harmful pollutants. Michael’s revolutionary automated shaft came then improved the machine’s efficiency by crushing minerals and clinkers that get stuck in the funnel into dust. Combining a low tar process with the innovative clinker crushing system creates a system that can solve both land and ocean waste problems onsite without harmful emissions. We patented the automated clinker so that the machine will offer validated technology with a proven super low emission standard and maintenance. The machines are easy to use, and the clinker requires water for cleaning. Team MFC and EX Zero Carbon would also remotely control the machine’s functionality by connecting data and handling operations. Almost anyone would operate these devices without extensive technical training, enabling installation in places without proper waste management systems.

Bali, for instance. The commercial pilot of this machine landed a few months ago in Bali’s Udayana University, whose campus resides in the south of the Island of Gods. The area is Uluwatu, and it is one of the most prominent beach areas on the island. During wet seasons, the string of beaches would be affected massively by untreated waste; some Southeast Asia’s beaches get ridden with massive amounts of waste. It regressed the island’s global reputation as a pristine vacation destination. Bali’s combined waste streams come from organic and inorganic waste, for instance, single-use plastic, paper, husks, seeds, food remains, straws, and other biowaste sources. Most waste gets thrown into the rivers, which would essentially end up in the ocean or set on fire on land. Both alternatives are detrimental to the environment and people alike. Recently, the famous Kuta beach probably set a new regressive record with over 150 tons of garbage collected on a single day. The local biodiversity has been seriously harmed in marine environments trying to cope with massive solid and liquid waste emissions. Even collecting waste on the beach does not offer a long-term solution as long as treatment solutions are not in existence.

The Faculty of Machine Engineering of Udayana University received the pilot, which had supported the island’s waste treatment advancement. According to Professor I Nyoman Suprapta Winaya of Udayana University’s Mechanical Engineering Faculty, the university, and Balinese government have been working relentlessly for years to resolve the waste treatment problem in the island. The machine would help regulate further waste-to-energy development, as it turns Udayana University into the epicenter of waste resolutions and improvements on the island. Eventually, the machine can also build the foundation of sustainable tourism to come for the island.

The Southeast Asian island presently does not operate sufficient waste treatment facilities; many islands don’t produce enough waste for large-scale treatment systems. The beautiful reputation of this island gets endangered, and these beaches get far too often entirely covered in waste. It hurts local communities and tourists alike. EX Zero Carbon and Team MFC aim to install more Zero Carbon machines to fix the island’s waste problem. Right now, EX Zero Carbon is in the process of raising USD5million through crowdfunding to realize the commercial distribution. We aim to partner with provincial or national institutions as well as buildings,  hotels, restaurants, and even households.

For this, we’re looking to expand our partnering reach to many other private investors out there. With you, we aim to build a sustainable future. Let’s create one with probably Earth’s only portable waste-to-energy system!