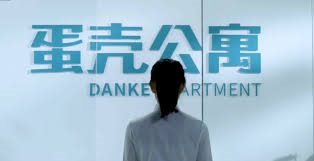 The financial problems of the Chinese online platform Danke Apartments, which was listed in the U.S. this year, have not only caused significant losses to hundreds of thousands of tenants, landlords, and the financial institutions involved, but also caused much disputes in the society. Some cities in China have even had to intervene in the social problems caused by Danke, introducing mitigating, transitional, and temporary regulations in an attempt to resolve the problems. With industrial downturn, a total of 16 apartment rental platforms had encountered financial problems in the first half of this year, which also brought about a series of disputes. In the name of “inclusiveness”, this new form of business-service has had a great impact on the economy and society, In particular, its tendency of excessive financialization poses a major caveat.

The business model of Danke is in fact the concept of “Internet+” that has received numerous praises in recent years. Its intention is to realize the matching of rental information and the effective utilization of long-term rental resources through the application of technology. If Danke were operating solely on the basis of the “Internet + rental” business model, it would not have caused such a big issue. However, as of now, Danke Apartment is actually more of an “internet + finance + rental” business model through cooperation with financial institutions and the use of financial leverage to achieve rapid expansion and profitability. Through its business practices and other means, Danke has received significant operating income in advance to achieve market expansion, which has actually exposed itself to the liquidity risks inherent in some typical financial institutions. Once the market has changed and its market expansion is hampered, problems with its cash flow and liquidity would cause it to enter a vicious cycle, which in turn would accelerate its exposure to credit risk.

Unlike conventional housing rental agencies, Danke and other apartment rental platforms have further expanded their leverage by partnering with financial enterprises to provide rental loans and issue ABS based on rental income. From 2017 to 2019, Danke expanded rapidly through in-depth cooperation with WeBank and made use of the “rental loans” business model. The percentage of active leases paid by cash loans was 91.3%, 75.8%, and 67.9% in 2017, 2018, and the first nine months of 2019, respectively. Danke therefore, speeded up its expansion through financial leverage. Its potential financial risk has exceeded the company’s capacity, and is transmitted to its clients and financial institutions, which then amplified to the society as a whole.

Looking at the development of the internet economy in recent years, the innovation of various applications has indeed exerted great influence on the conventional sectors such as retail and tourism. The new business models, such as e-commerce, online shopping, and bike-sharing, have brought great convenience to the lives of many. However, in terms of the development model of the internet economy, there is a problem of excessive financialization in areas such as online shopping, apartment rental platforms, and shared travel; any accident could very well bring disastrous consequences, causing great economic losses and negative social effects.

In the earliest model of the internet economy, equity financing and rapid growth were generally carried out by means of capitalization such as venture capital, followed by exiting after their IPO listing. This capitalization model is also subject to some investment failures, but after all, investors have a strong risk bearing capacity, and the impact is limited to the investment and financing fields, with limited negative effects.

Starting with Ofo bike-sharing, the “Internet+” model has become more and more permeable to consumers, and also become more financialized. It is not only a “money burning” model through direct capitalized financing, but it also indirectly increases leverage through the means of inclusive finance, consumer finance, and asset securitization such as ABS. On the one hand, it increases consumption by cooperating with financial institutions. On the other hand, these platforms themselves have accelerated their expansion through asset securitization. As a result, its level of risk has ballooned as the market has grown in size and revenues have soared. Coupled with aggressive internal decision-making and loopholes in external regulation, the risk of this excessive financialized model will eventually explode and cause a series of problems.

The internet giants that have grown up in the early stage all involve in the financial business to varying degrees. Ant Group, Tencent’s WeBank, Jingdong, and NetEase are all expanding in the consumer finance and online lending sectors. While these internet giants carry out “regulatory arbitrage”, they also induce some young people to form the habit of “excessive consumption” and “excessive credit”, causing a number of social problems. This mode of excessive financialization not only brings about financial risks, but also gives rise to many social contradictions and unstable factors.

Of course, from a regulatory point of view, there have been alerts to apartment rental platforms such as Danke. On September 7 this year, China’s Ministry of Housing and Urban-Rural Development (MoHURD) solicited public opinions for housing rental regulations. It mentioned to strengthen the supervision of rent, the use of deposits, and other operating conditions. Enterprises with irregularities in rent collection and management will be included in the list of abnormal operations. In practice, some places require the rents collected to be deposited into a supervisory account. In addition, the People’s Bank of China has been pushing for the implementation of new regulations on online lending to strengthen the regulation of the financial business of internet enterprises. While this belated regulation will help regulating future market conditions, and it will inevitably lead to an accelerated exposure to the risks of excessive financialized “Internet+” enterprises such as Danke. At a time when the Internet+ model is beginning to integrate deeply with financial services, a systematic and forward-looking regulatory system should be established for new financial-like business models. In particular, the long-term funds of clients should be comprehensively and strictly regulated to avoid a series of negative effects.

Since the beginning of this year, the COVID-19 pandemic has brought a “black swan” impact to the economy and society, and has also led to the accelerated exposure of risks to some excessively financialized “Internet+” enterprises. When the clients of such platforms are mostly ordinary consumers, the damages done would be greater. It is therefore necessary to strengthen market regulation to ensure that innovations are not distorted.

Blurring the Lines of Reality: A Closer Look at Innov8 Technologies Inc., a Disruptive Virtual Tech Start-Up that is Reimagining the World

Disrupt Magazine Featured Interview: Behind the Scenes Of Doug the Plug