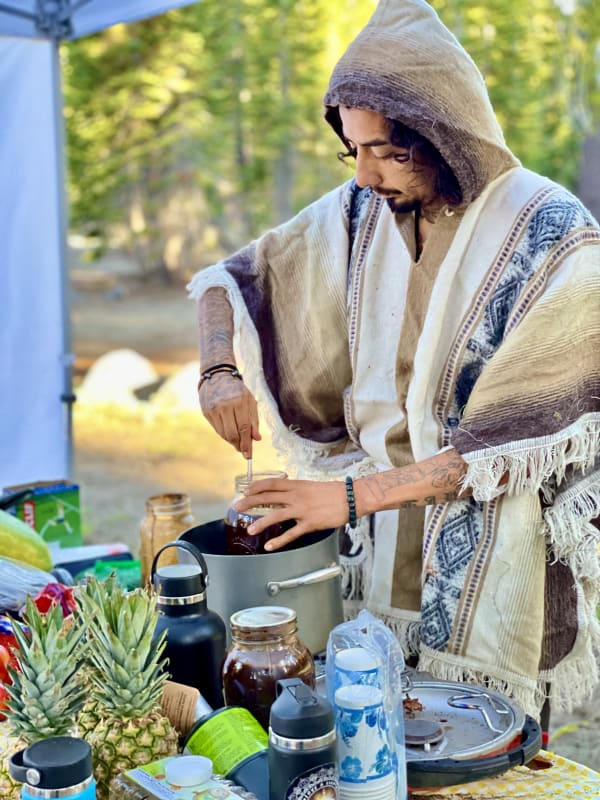 Despite all the controversy in the media, among politicians, and religious groups in the USA, ayahuasca has shown to have transformative effects on those who dare to drink it, and it is becoming very popular.

Ayahuasca is a powerful hallucinogenic tea that has been used in ceremonial settings for thousands of years by indigenous tribes in the Amazon of Peru, Ecuador, Colombia, and Brazil. It is a brew made from (Banisteriopsis caapi) and a shrub called chacruna (Psychotria Viridis), which contains the hallucinogenic chemical dimethyltryptamine (DMT).

Although the brew’s main active ingredient, dimethyltryptamine (DMT), is illegal in most countries, recent research suggests that when taken with the right supervision and in a ceremonial setting, this tea may have significant therapeutic properties helping participants heal depression and anxiety. A new study Ceremonial Ayahuasca in Amazonian Retreats—Mental Health and Epigenetic Outcomes From a Six-Month Naturalistic Study published in June 2021 — adds weight to this pool of evidence.

Unlike most studies, which have focused on the effects DMT can have on our brain structure, although positive, this new study focused mainly on how DMT — specifically ayahuasca can impact the expression of human DNA. Even though the study had its limitations, as it was performed on only 63 participants, it shows very promising outcomes.

This tea has been referred to as the “magic drink, or the sacred medicine” by some in the spiritual communities as it is thought to heal body, spirit, and soul. Many people describe experiencing a spiritual connection and higher consciousness after drinking ayahuasca.

But in the scientific community, this has a different explanation. According to the research conducted by Dr. Simon Ruffell, and other fellow researchers, ayahuasca has the capacity to alter the gene SIGMAR1 which is believed to be the gene playing an important role in the cellular functions of various tissues associated with the endocrine, immune, and nervous systems. Changes were also noticed within the receptor FKBP5 which has been suggested as a potential proxy marker for response to meditation treatment in PTSD.

During the research, the conductors took samples of saliva before, after, and then once again six months following the ceremony which took place in Iquitos, Peru. In their observations, they found that both SIGMAR1 and FKBP5 receptors were in fact altered, allowing participants to improve their depression, anxiety, guilt, self compassion, mindfulness, general well-being and their perception towards traumatic memories stored in their subconscious.

The researchers are now looking for more funding to continue the research at a larger scale and find proof of additional benefits. So far, ayahuasca is not recommended for those suffering from schizophrenia or other extreme brain conditions. A respectful ritual has to take place, and a strict diet needs to be followed to detox the body prior to the intake of “the purge” as many call it.

If the diet is not done properly, ayahuasca has the power to negatively impact your body. If and when you decide to part-take in an Ayahuasca ceremony ask your shaman (a knowledgeable and well-trained healer who guides ceremony rituals) for guidance before you attend. Most participants tend to experience an intense purge which is a normal part of the process towards healing.

Many people don’t feel comfortable or maybe don’t have the financial means of traveling to South America to take part in an ayahuasca ceremony. The good news is, this sacred medicine is now available in the United States, mainly in California. Love and Light Awakening also known as Ik is committed to delivering a positive and unique experience to participants ready to heal. Ik is a well-trained shaman who, with the help of other knowledgeable facilitators, is able to help transform the lives of those who attend his ceremonies. The best part is, unlike in Peru, Ik, speaks English and Spanish perfectly fine, so you will be able to freely communicate at all times.

Numerous “healers” see ayahuasca as a financial gain since the growth of it among westerners has exploded in the last two decades; however, at Love and Light Awakening, Ik and the other facilitators are more focused on providing a transformational experience, so the attendees can feel protected, loved, and care for.

If you are thinking of attending a ceremony in the United States, contact Ik. He will tell you if you are a good candidate or not. Although this sacred medicine is very life-changing, it is not for everyone, and taking it alone without supervision can be deathly. Be cautious, only take it with an experienced shaman.

Leadsark by Ayaz Mohammad the Pole Star of Affiliate Marketing