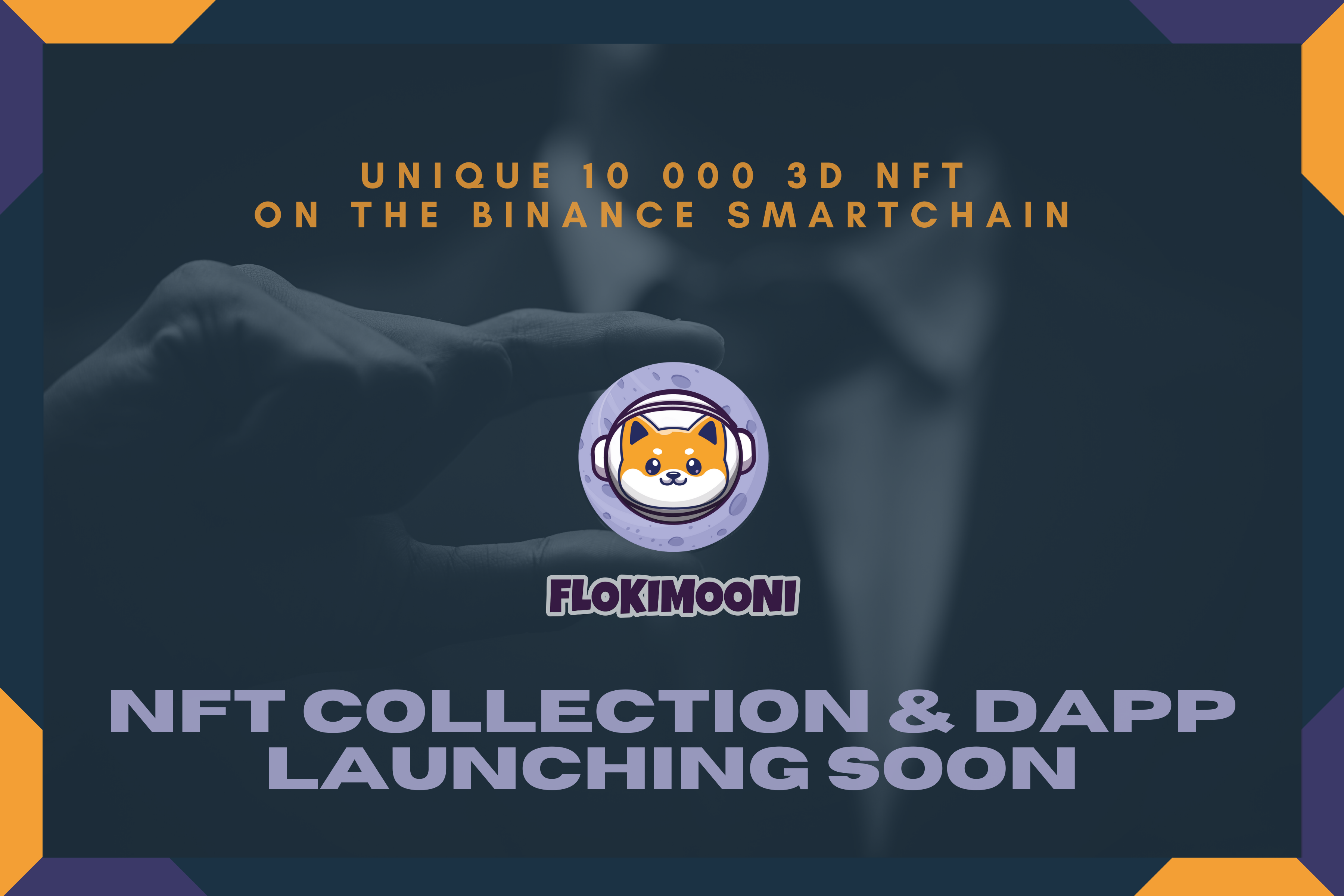 FlokiMooni’s Ecosystem is launching a NFT Collection Soon. Being in the Market for the last 2 months it is ready to be a part of the major leagues. With above 18000 holders, $FLOKIM’s incredible growth has left the market nothing but astonished with their drastic progress and a surprising online follower-base of 55k on Twitter and Telegram, already. This strong community currently rests at 3 Million Market Cap.

Not limited to the same, the FlokiMooni has shown signs of flourishment in its endeavour of balancing the hype of meme tokens with a strong use case; and here comes the twist. Varying from any meme coin that solely depends on its social media fans’ loyalty, FLOKIM has set trail to be the next leading crypto competitor in the market which is largely renowned for its use case.

How about talking some numbers?

FLOKIM is no more meme coin, no, it is a movement, a game changer. Combining both the advantages of meme tokens and real application project with the most modern capabilities within the crypto space developing an entire defi ecosystem with new play to earn NFT game called FlokiMooni World, dex, launchpad, NFT marketplace and the rare NFT collection drop.

What about the risk, right? Crypto masters at FlokiMooni seem to understand such concerns just so well. The risk of eventually fading out burns like a flame over meme tokens lacking a strong case. Hence, the new crypto pros have taken it upon themselves to take the benefits that meme tokens propose, yet, refrain from compromising on utility.

Additionally, the announcement that FLOKIM is to hold an NFT metaverse, alongside the launch of their new game in the near future has gotten all users super excited. With many of their perks, early holders will be offered NFT airdrops as well. And no, the surprises don’t end here. There are perks within the perks. How ironic. Those who decide to hold the tokens shall enjoy a 3% transaction fee as reward in $Doge alongside its price appreciation in the long term.  It’s safe to say, FlokiMooni really knows how to serve.

Further, coming to FLOKIM has been audited by INTERFI. With the official FlokiMooni website consisting of an abundance of data and whitepaper on it, developers don’t limit themselves and make good use of their social handles, widely incorporating Twitter, for announcements and sharing information with their rapidly growing fan base.

FlokiMooni is currently working on constructing their NFT collection and a teaser has been released with the announcement that the launch of the collection shall take place in the new year itself. With some preview that has been already shared and the utility of the NFT in the imminent ‘play to earn’ game, the rare NFT drops are precious, and fans are eagerly waiting for more.

FlokiMooni is ready to come up with an ecosystem. To begin with, the new year has started with a bang, with the new FlokiMooni website coming out early in January. Jan’s a good month for sure, with the Dapp release also happening in q1. This year, FLOKIM is ready to come out with their NFT collection. The ‘play to earn’ game – FlokiMooni World, is also anticipated to be launched this year. Lastly, updates on the CEX listing are still awaited and will be announced this year.

That is about what is known about this speedily progressing new crypto currency called $FLOKIM. The way this one’s advancing, the market’s future is predictably successful with this new banger in it. Fans and their network are anxiously awaiting FlokiMooni’s upcoming projects. And FlokiMooni World is a great medium to pass some time anyway.

To learn more about FlokiMooni, make sure to check out their social handles and website.