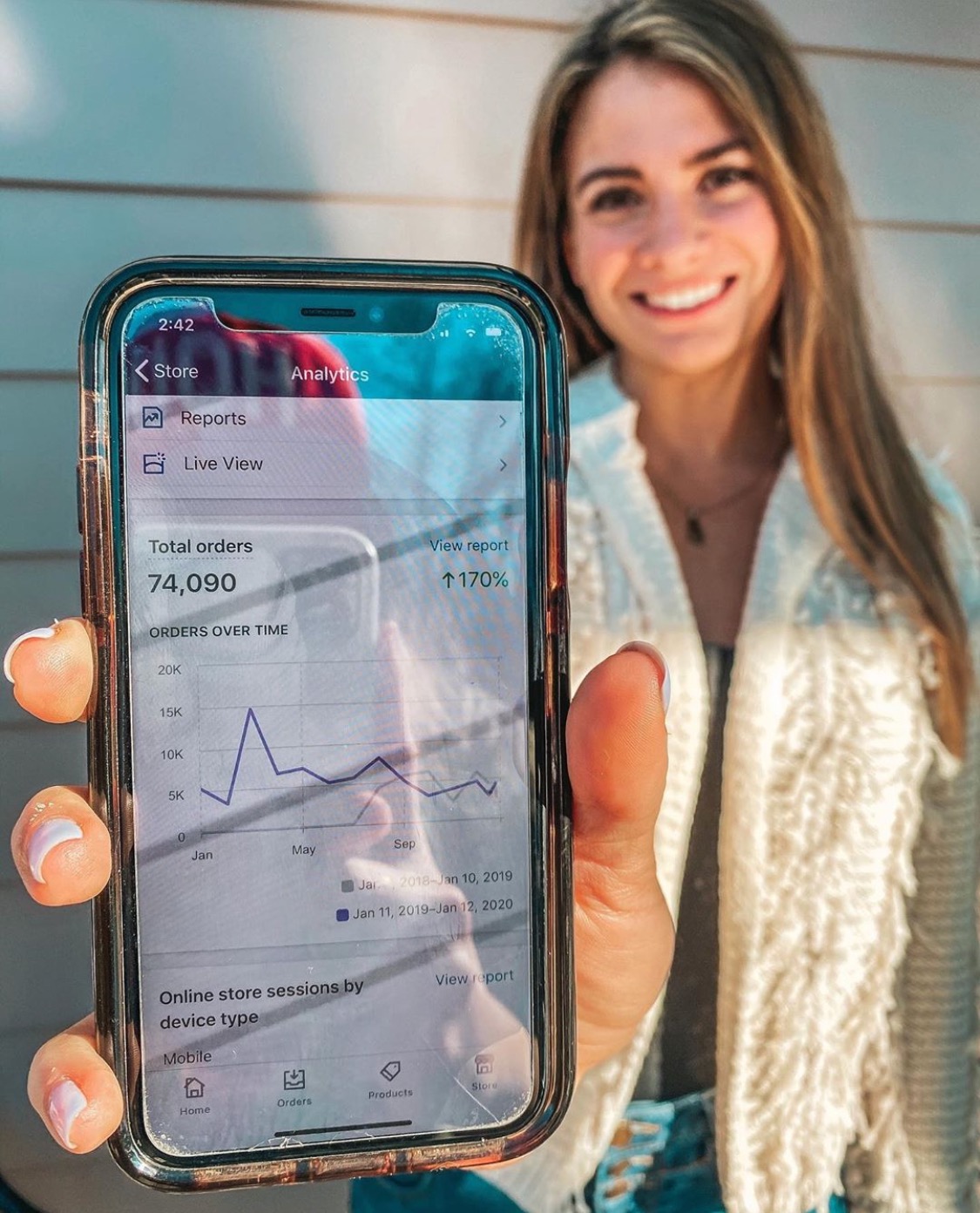 Former D1 Volleyball student-athlete Hailey McFadden has cut her teeth on broadcast journalism; she then got into private consulting and now stays competitive through Power Move Marketing. She defines it as a “one-stop e-commerce shop” digital marketing company.

The aim? “I want to help smaller brands become better professional hotspots, and bigger brands find better digital footing,” Hailey says of her own company, which she built from the ground up.

From School to the Real-World

Hailey fell in love with digital marketing as a graduate student. Her passion turned to real-world work. She quickly took off helping brands with social media management, engaging content creation, and web design, among other digital assets. Before that, however, McFadden was a sideline reporter for ACCN and ESPN. She decided to leave sports after experiencing how unwelcoming the industry is to women.

“Starting PMM,” says McFadden, “has given me a chance to not only utilize my own talents but has helped me empower and teach other women to use theirs too. 85% of purchasing decisions are made by women, yet women are still the vast minority in entrepreneurship or marketing.”

Hailey also wanted to grow a company that knows how to market to women. She is focused on a culture that respects and empowers them, no matter who the target of marketing is. To stay true to her vision, so far, her staff and interns are mostly women.

As an undergraduate, Hailey set her sights on business and marketing management, often teaching herself the ins and outs of building an all-inclusive company. Her film minor and accruing Instagram following allowed her to see the advantages of digital marketing, and have inspired her towards a more well-rounded business perspective.

One company, early on, allowed her full reign of the company’s digital branding, which led to the “all in one” aspect of McFadden’s now-playbook, “I was able to run their socials and website, work with suppliers, create an ambassador program, and integrate my ideas about customer service. Once I had that foothold, I was able to take on my first group of clients.”

What clients need, she experienced, was a cohesive and effective experience. McFadden’s model is ambitious, “the idea is to run digital marketing plans for each company whole cloth–from content creation and social media partnerships to new and innovative marketing efforts.” Says Hailey of her firm, “that might be through developing a brand voice or just implementing new business perspectives.”

Originally, McFadden envisioned being a social media manager, but the more clients she took on, the clearer it became that she could cultivate an “all-encompassing marketing sphere” for companies. Those companies became her newest successes, each of them demanding her high-quality digital marketing treatment.

And all of this took off before she had even completed her Master’s. Today she works for brands like Storage Scholars, Gigi Raffe, CollegeWeekends.com, ViscoSoft, and Muse Sleep, and is constantly expanding.

Estée Lauder Collaborates With The Fit Indian Mommy, Harman Sidhu, To Increase Its Consumer Base In India