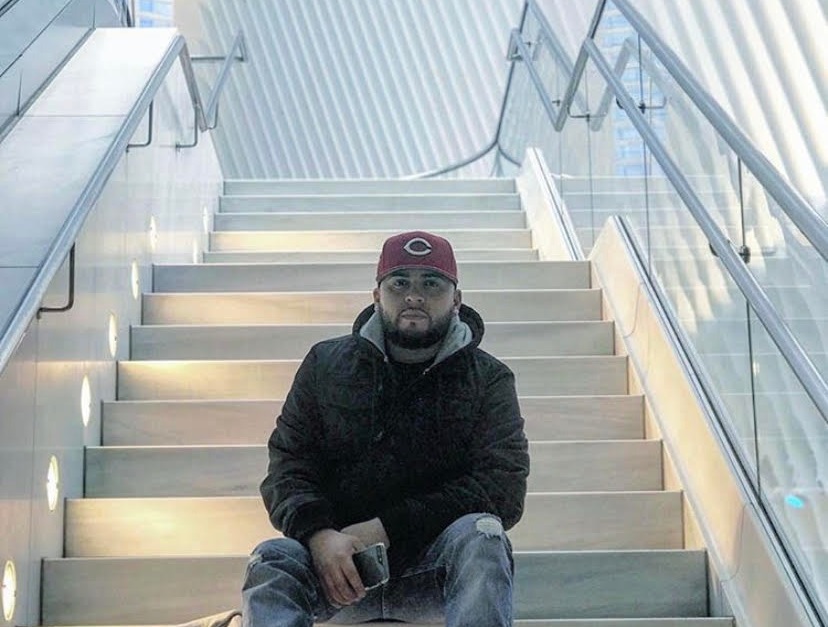 Jonathan “Junn” Lugo and his family had run into hard times. After some involvement in gangs left Junn in bad shape, the family moved to Florida. They had to find a way to make ends meet after moving into a hotel to escape more rough neighborhoods. Junn took numerous dead end jobs that were seemingly going nowhere. Until one day changed all of that.

“I’m a 32 Puerto Rican male currently living in Kissimmee Florida, and am a father of a smart loving 10 year old boy. I’m originally from Jersey City, New Jersey. Came here because of the struggles back in Jersey City and I was looking for a better life after some troubles I encountered in the gang as a teenager and ended up in the hospital. Doctors suggested further treatment when I moved to Florida because of the possibility of brain damage. My mother, from fear of the unknown, decided to move us out of the hood, and we ended up living in a hotel room with my mother and 4 other siblings with no way out when we arrived in Florida. We kinda had to figure it out. I worked dead end jobs with nothing promising, sold drugs, and was just not doing well, until my last job. I worked as a maintenance technician for the school system.

This one specific day was the one day that helped me financially. We had a fire inspection for our building and during the inspection, the fire marshall gave us 30 days to remove hundreds of books that were blocking a fire exit. This was it!” Junn recounts.

What happened on this day would change everything for Junn. When books became a problem for the safety of the school, the principal decided he was going to throw them all away. Junn thought this was a terrible waste and decided to ask if he could take them home and save them from being in a dumpster.

“The principal wanted all the books trashed fast. I was blown away by how many books were in the dumpster. I asked for permission to dig them out and take them home. So I did. I made multiple trips from the dumpster to my home, and I ended up having a garage full of books. I spent endless nights sorting them, researching prices, and so I decided to turn that trash into some big money. My girlfriend and I would fight almost everyday about my garage being a mess and the books being worthless, telling me it was all trash and I wasn’t going to make anything with it, forcing me to clean the garage. I listed hundreds of books on eBay in hopes of getting a sale, and within  60 days, made over 18k and shipped them throughout the country,” Junn explains.

Instead of spending the money on himself, Junn made the smart decision to invest his money into a rental property. This has turned out to be the smartest decision he could have made. He now owns a number of businesses including a property near Disney, which makes him thousands every single year.

“That 18k I could’ve bought me a fancy car and the flashy stuff guys my age love, but I invested that into my second property which is now an Airbnb near Disney World with an annual income of 36k and that income I get from the AIRBNB that I got from the books is now invested into stocks, Tesla and CZR that are both doing pretty well. All of the books people said were trash. I currently run an Airbnb business where I’m rated a super host in Kissimmee Florida near Disney and all other attractions Florida offers. I also run a pressure washing business, and I run a business where I rent out a cool vehicle called a slingshot and I offer a package deal with the airbnb here in Florida near Disney world for the tourists,” Junn says.

Junn, now a successful business owner, has advice for those who feel like they are stuck and want to start their own businesses. He advises that they should just go for it no matter who believes in them and who doesn’t.

“Do it! Who cares what anyone says. Think it, plan it, and execute it. Whoever supports matters, whoever doesn’t, doesn’t matter. Work hard, do your research, and surround yourself with people who also have goals and dreams of one day being an independent business owner,” Junn advises.

To find out more about Junn, you can follow him on Instagram here. You can also rent his property on AirBnB here.

A Mentor With Proven Results And Facts, David Shands Is Offering A Mentorship Program To Entrepreneurs Who Are Trying To Get Their Business Off The Ground