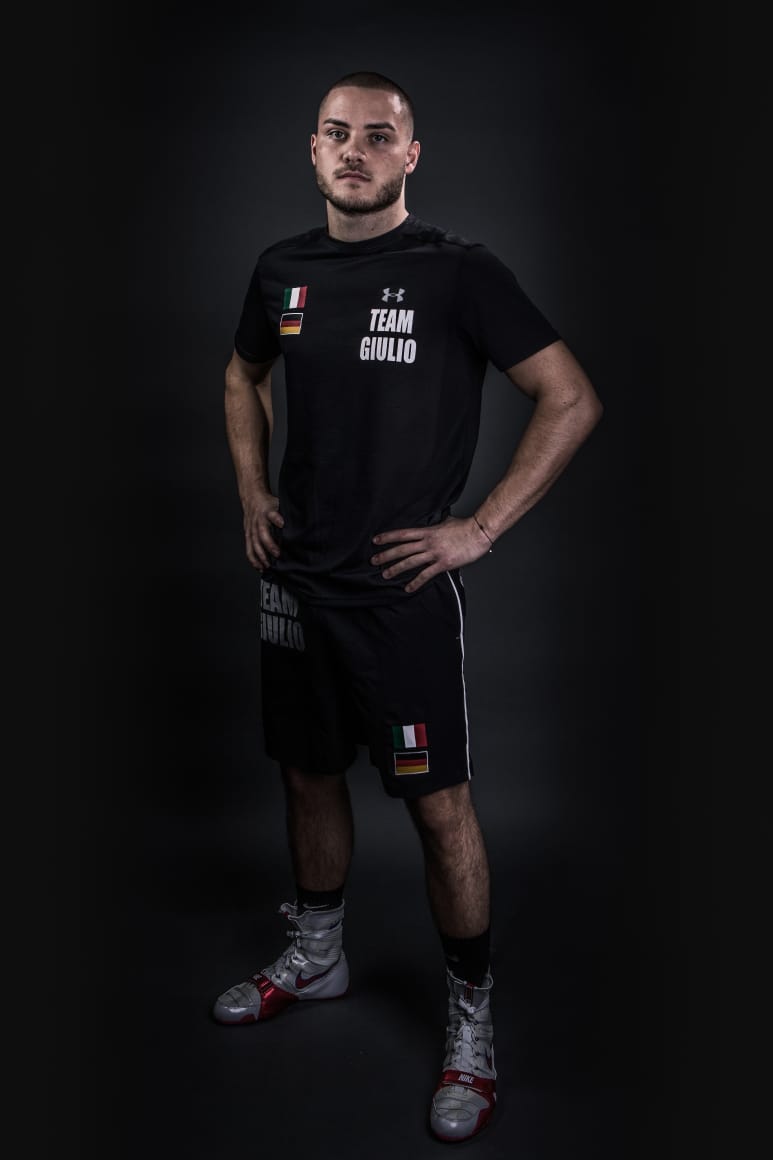 The sport of boxing in recent years has grabbed a lot of attention among all the athletes. It has become one of the most loved sports all over Germany. Many aspiring athletes in the country are tremendously working towards the development of the sport in Germany. Piergiulio Ruhe, an aspiring name in the boxing scene has proved with his hard work that he is there to stay. It took him six long years before making his professional debut. Ruhe made his boxing debut on May 26, 2018.

Since then, this powerful boxer has been unstoppable in the boxing arena. His current fight stats include 8 fights out of which he has 7 wins under his name. He won the 5 fights through K.O and is currently the Reigning German Champion in welterweight. Piergiulio who is of German and Italian nationality has one dream to fight at the world championship in Las Vegas, USA. “I want to represent my country on a global level. One day, someday that is bound to happen”, said the very confident boxer.

Piergiulio is not someone who was fascinated by boxing since school. He did not play or even follow boxing while he was a kid. When he was 16, his friend Mikael Mkrtchyan introduced him to the sport. Interestingly Mikael is also a professional boxer since 2013. In his teenage, he played soccer and tennis at SC Rinteln. He said, “Boxing was something I never thought of. When Mikael introduced me to the sport, it somehow became my passion and later I embarked my journey as a boxer.”

Choosing boxing over the family business

The 24-year old boxer had everything in his plate but he wanted to do something different. With a secondary school certificate, he has completed vocational training in construction mechanics. His family business, ‘WARU – Wertvolles Aus Aluminium’ is well-established in Germany but this young man wanted to make a career on his own. The reason behind not joining his family business was that he did not want anything easy. He earlier said, “It would have made me lethargic. I don’t like things which come easier in life. Boxing is a challenging sport and it takes years of preparation to become a professional boxer. Spoonfeeding is what I was not made for and boxing has indeed made me stronger.”

Life motto and secret towards success

With just one life motto, Piergiulio has many secrets behind his successful run as a boxer. The motto he lives by is, “Your life has no remote control. Get up and control your life by yourself.” Moreover, he also believes that nobody else can motivate you better than yourself. “Fall and pat your own back to become successful”, he added. Besides this, his secrets toward success are very simple. They are discipline, willpower, self-confidence, implementation capability and dedication. Living by these 5 simple rules, he has become one of the most promising boxers.

Hustle during the struggle

Before gaining popularity by his name Toto, he worked really hard over his physique. Piergiulio had undergone 6 years of hardcore training before his debut. With training, he also said that he had a strict workout and diet regime to maintain his weight. After a lot of hustle, he finally made his way to the arena in 2018. Reminiscing those good times, the boxer got nostalgic about his entry in the arena. He stated that the song ‘Glaube an deinen Traum’ meaning ‘Believe in your dream’ still gives him goosebumps which he played during his entry at the debut fight.

As of now, all the fights were cancelled due to the COVID-19 pandemic. Piergoiulio Ruhe had a fight earlier for the intercontinental title fight against the WBC Youth Champion Maono Ally from Tanzania. Ever since the lockdown was imposed, the fight got postponed to a later date. It is now believed that the fight will take place in September or October this year. Ruhe is preparing for the best as he wants to emerge as the winner and later head to the Junior World Championship.

Related Topics:Piergiulio Ruhe
Up Next