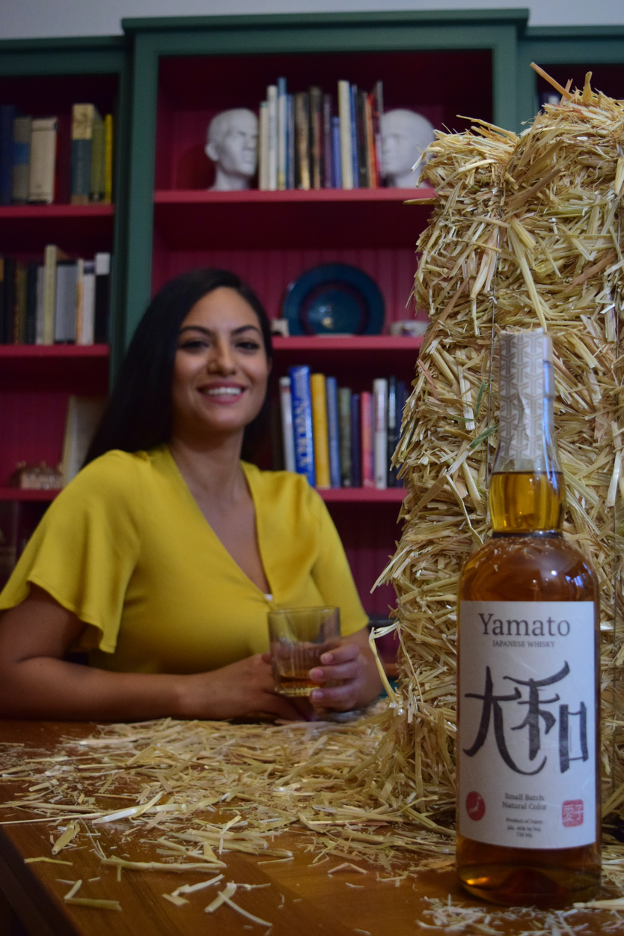 “Japanese Whiskey is an emerging product category, and I am always on the lookout for the next high-growth segment. It has momentum that I believe will lead to great opportunities in the Arizona market,” says Jessica Contreras, CEO of Fuego Fino, Inc.

Yamato Japanese Whiskey is an award-winning, premium whiskey. This 100% malt single malt whiskey has been carefully brewed and distilled at a Yamato distillery and aged in a brand new oak barrel. The taste is decadent, preferably on the rocks!

About the Famous Yamato Japanese Whisky

Yamato is distilled from a blend of malted barley and selected grain grown in the Yamanashi Prefecture, which is landlocked and features a fertile central valley known as The Kofu Basin. The Kofu Basin is surrounded by high mountains, most notably the highest mountain in Japan: Mount Fuji. Cold winters and fiery summers lend a unique quality to the grain and contribute to the whiskey’s rich flavor. To maintain the quality of the whiskey, it has not been “chill-filtered.” Yamato is a blend of three-to-eight-year-old whiskeys that have been aged in Mizunara Oak barrels.

Yamato, named for the ancient Japanese clan who set up Japan’s first and only dynasty, was created by Aiko importers who learned of surplus barrels of whiskey, made by one of the largest distilleries in the Yamanashi Prefecture, which had not been assigned to a market. Aiko contracted for this whiskey, and under Japanese authority, they created the Yamato label to be bottled exclusively as a small batch Japanese whiskey.

It has hints of youthfulness while showing some aged quality as well, including some vanilla hints and a subtle herbaceous taste. Its noticeable sweet malt and rich cereal grain flavors make it a nice, easy sipper.

Japanese whiskey is a style of whiskey developed and produced in Japan. Whiskey production in Japan began around 1870, but the first commercial production started in 1924 upon the opening of the country’s first distillery, Yamazaki. Broadly speaking, Japanese whiskey is more similar in style to Scotch whiskey than other major styles of whiskey.

Fuego Fino, Inc. Is a planet-friendly wine and spirits company that focuses on developing the next high-growth product sector. They focus on continually curtailing waste and expanding revenue by owning the majority of their supply and distribution networks.

The Increasing Popularity of Instagram & Word Press Among Entrepreneurs