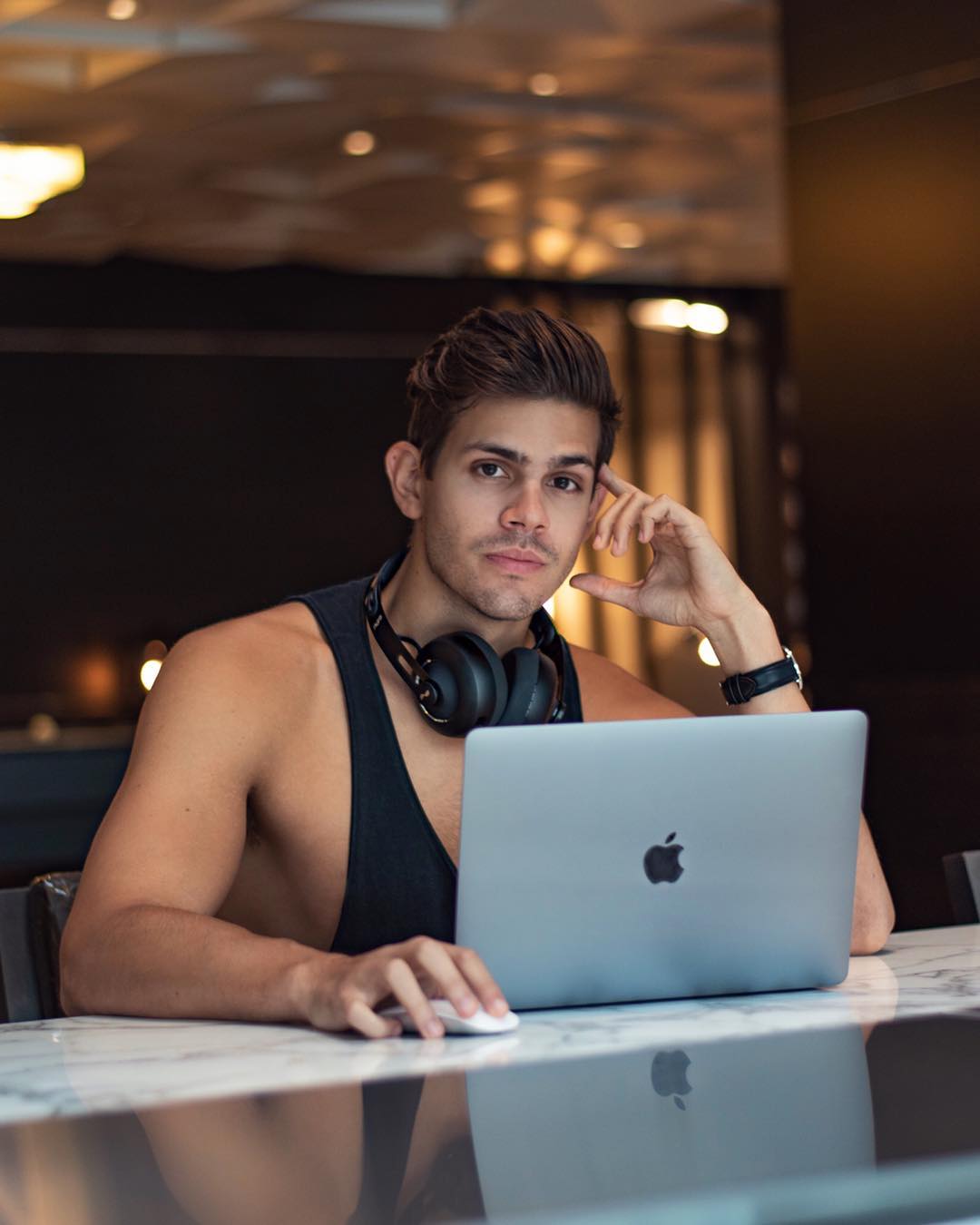 Get to Know Entrepreneur and Influencer Gabriel M Padilla

Gabriel M Padilla is not your everyday kind of influencer. He’s gone through a few rough patches to get to where he is today.

Gabriel’s grandparents emigrated from Cuba to the United States with the desire for a better life. His father was raised to believe that you can achieve or become anything that you set your mind to, and he made a point to pass that along to Gabriel in turn. As a young man, Gabriel learned the struggles of life. He realized that not everybody faces the same advantages or disadvantages. Thanks to Gabriel’s upbringing, he would often question, “If that person is capable of doing or achieving this, then why can’t I?”.

At only 18 years old, Gabriel had a dream of becoming a model. In order to pursue his ambition, he confidently set out to Los Angeles, with no financial safety net nor tangible plans to protect him in case things went south. Gabriel was passionate about making it work in LA, even performing the stereotypical jobs that starving models and actors pursue such as bartending or waiting tables. However, after two years of being signed to three different agencies in three different markets, Gabriel was quick to grasp the rise of social media, and how it was going to quickly take over modeling.

Fortunately for Gabriel, his intuition towards social media served him well. Today, Gabriel M Padilla has gained over 300,000 followers across his Instagram handles @GabrielMPadilla and @WithRoxy, which he co-manages with his Finnish girlfriend, Monica Landén about their beautiful Husky-German Shepherd mix dog, Roxy.

A family of influencers

The couple met in Los Angeles four years ago. When they first met, Gabriel often recalls his humble beginnings as he initially lived with four roommates in a cramped 2-bedroom apartment right in the center of Hollywood. With the successful transition that Gabriel accomplished from modeling to social media, one of the happiest days of his life was moving into his and Monica’s own apartment in the heart of LA. It was a particularly moving moment for them, as being from two different countries wasn’t the easiest in the beginning—they had to constantly move from one place to another to avoid breaking any immigration laws. It was certainly an amazing feeling for the lovebirds to finally be able to settle together!

Gabriel’s determination didn’t stop after his rise to fame in social media. His entrepreneurship spirit flourished during the COVID-19 pandemic as he wanted to find a way to help people while stuck at home. As such, he co-founded the company Model Citizen, with his business partner and childhood friend, Samuel Gostnell. The company works as a subscription box service, with each box containing a month’s supply of necessary PPE such as masks, gloves, and hand sanitizers. The unique take of the company is it’s 1-for-1 donation model wherein they donate a mask to frontline workers and communities in need for every single mask included in the boxes that the company sells. As the name of the company suggests, the generous mission of Model Citizen is to provide life-saving PPE in the hands of as many people as possible!

Gabriel has also executed social media campaigns for online brands, musicians, models, actors, comedians, journalists, and many others in the media and entertainment industries through his digital marketing agency, Premier Branding.

Gabriel was able to penetrate the e-commerce space and bring light to a situation that was challenging for the public. With his passion for people, Gabriel truly believes that the world would be a much better place if people had a greater understanding of one another. Co-founding Model Citizen was just another way for Gabriel to make an impact on communities that struggle to obtain life-saving equipment during a difficult time.

Overall, Gabriel advises to remain authentic to what you believe in. If possible, not to listen to the opinion of others, and being comfortable and accepting of where you are in life since everyone has a different journey. He often visualizes a higher level of success, which he learned by pushing himself beyond his personal, self-imposed boundaries. With everything he does, he asks the question, “Is this how far I can take this?”. By asking yourself the same question, it wouldn’t be long until one can successfully dominate the e-commerce space as Gabriel has!

Related Topics:ecommercegabriel padilla
Up Next

How Robert Charles Went From Class Clown To $20k a Month