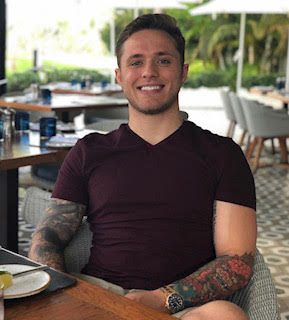 Devin Wills has always had an interest in getting involved in the real estate business one way or another. Even in his teen years when everyone around him wanted to become a nurse, doctor, or an astronaut, Wills had more modest plans for his future. “If you would have asked me what I wanted to do as a job when I was 13 all the way till 20 I would have told you it would be in the Hospitality & Tourism sector. Hotel Management. Why? Because I loved staying at beautiful hotels and getting to meet so many different types of people from very interesting cultures from around the world. I also loved making people happy, so naturally, it seemed like a solid fit for me at the time.”

Maturing Early on in Life

“My desire to get into real estate was abruptly put on halt the day my father died. My entire life had changed in an instant. My friend’s joke that I have the mind of a 35-year-old but the body of a guy in his 20’s. There’s some truth to that considering I had to accelerate my maturity and tackle some major adversity early on in my life. After some time I eventually found my way back to reading articles and books on real estate. This would fuel my desire to find new ways to get involved like I had wanted to when I was younger. “

Turning His Life Around

His father had died after a heart attack while he was only 20 years old, right in front of him. This led to many upcoming battles for this talented entrepreneur. This included a battle with addiction that he had overcome thanks to a conference he went to in Miami. He was forced at a very young age to accumulate mass loads of responsibility out of nowhere, but he conquered and is now running a thriving company called A&W Contracting, inc along with successful Real Estate investments.

He thanks his mindset for how far he’s come in such a short amount of time. “I inherited a great opportunity, but also a ton of responsibilities that require me to be on top of my game at all times.” He believes that self-awareness is the key to success in any type of business. When things go wrong, continue to remind yourself of why you’re doing what you’re doing. Keep a daily routine going to help ease your days and stay learning, always. If he didn’t remain positive through all of this and hadn’t stayed believing in himself and his business, he would have never gotten himself to where he is today.

Wills’ biggest victory is his accomplishment with sobriety. This has opened up a ton of new opportunities for him and made up for all of the wasted time that he had previously spent drinking his life away at bars and clubs.

We are very proud of how far Wills has come and he continues to inspire thousands of people around the world daily with his story of triumphs and great successes. Go check him out @thedevinwills