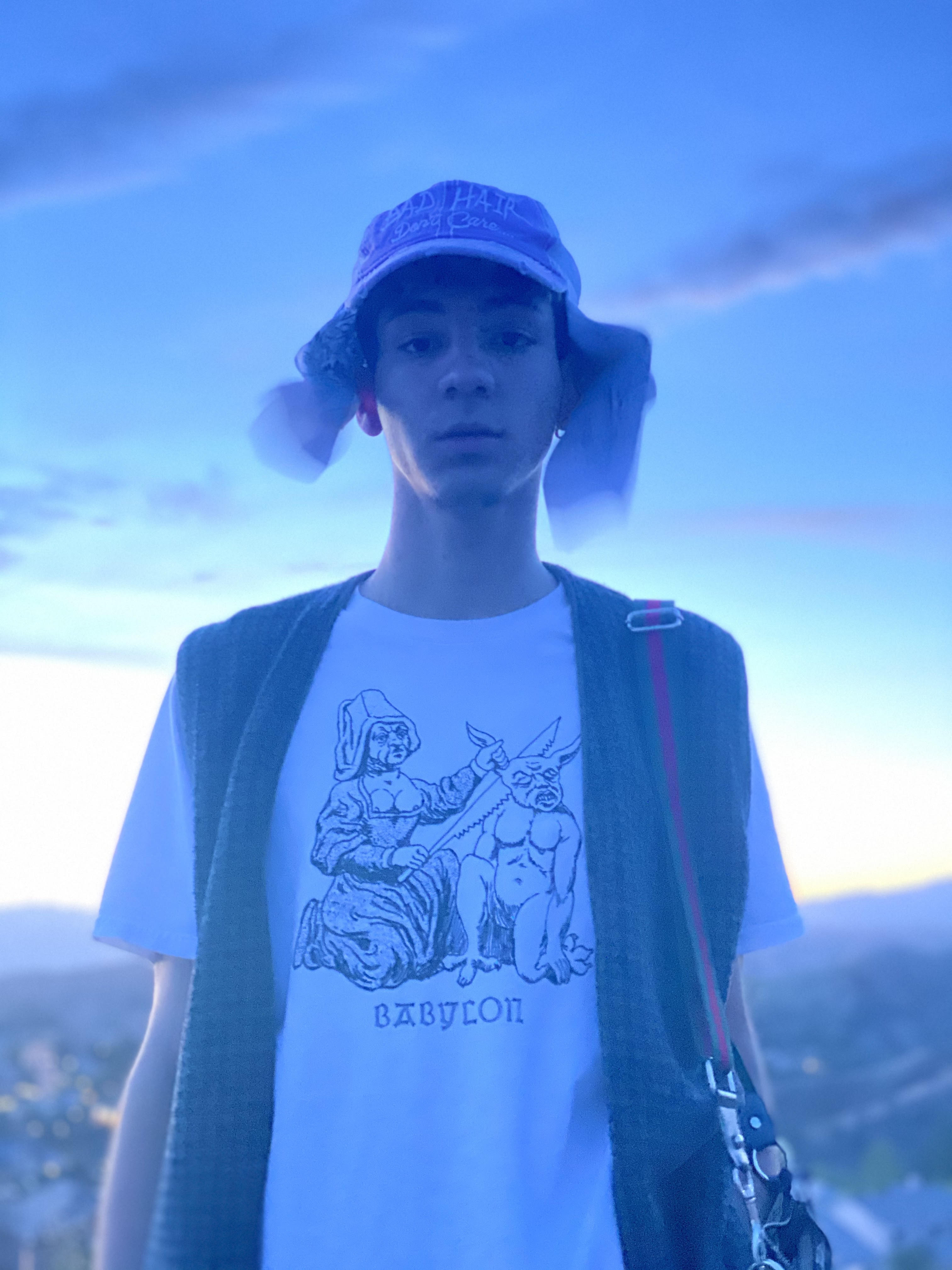 April 23. Santa Clarita CA. – Up and coming and artist and rising star GianniP is breaking down doors with his sound. Taking inspiration from Lil peep and gothic rap, GianniP goes far beyond any barriers. Hailing from the hushed home way of Santa Clarita CA, GianniP is making more than just noise. After dropping a pre-release single with a collective called “Alias in Question”, GianniP and his collective have received a slew of positive comments and feedback after dropping the illustrious new song: “Codeine Literacy”. The song is a mix of styles from artists Zoe Rexx, Country, and GianniP himself. The track reached well over 3,000 streams within the first 2 days of being released and has nearly 100 comments. Some of the comments describe the song as “Amazing”, with some saying they cannot wait to hear more. While GianniP is still a part of “Alias In Question”, He has an EP that is going to be released on May 5th titled “Playboi wasteland”. According to official sources, Gianni plans on releasing further projects with Alias, however, his next big project will be the EP.

Who exactly is GianniP? The elusive yet polarizing artist has kept to himself until recent months while preparing to release songs with Alias and the up-and-coming EP. GianniP hails from California and is heavily inspired by Lil Peep. “I just have a deep appreciation for everything Peep did”, “I really look up to him”, Gianni’s response when asked who his main inspirations were. GianniP was also a part of a collective known as Stayup (Success through adversity yields unlimited potential), which was started in Santa Clarita by Artist Dannyefaitch(Art x Love). Gianni is also deeply involved in activism and social justice, believing that everyone deserves to be treated equally. Last year GianniP could be seen leading groups of peaceful protestors rallying against racism and injustice. GianniP is a minority himself, and he has experienced racism and inequality first hand. “I’m lucky to not have experienced racism on a violent level as others have”, “It’s not right, and it’s something I stand against in any way shape, or form”, the 21-year-old artist said when asked about his thoughts on the topic. Gianni is continuing to make music, not only for his solo projects but also with Alias in Question. While the most recent drop was released by Alias in Question (a prelease from the EP), the next launch will in fact be the EP on May 5th!

GianniP can found on Instagram @MightTrend and the SoundCloud link to listen to the single dropped via Alias in Question can be found here: https://soundcloud.com/user-461876651

GianniP Is Breaking Down Doors Sonically

How Rey Rey Rodriguez Uses Technology to Advance Before the Competition