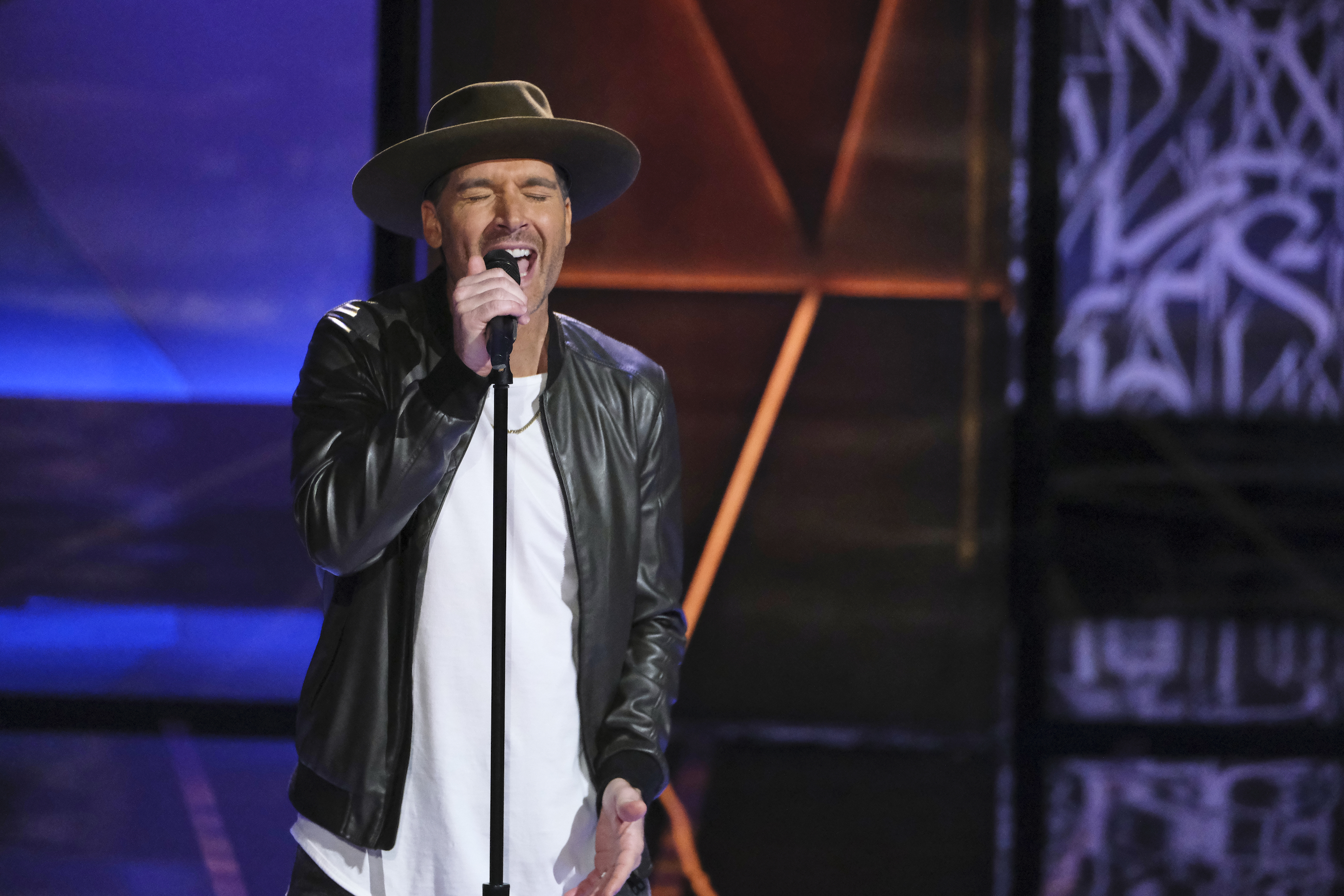 You may have seen him on television recently. You may have heard his songs on the radio. Greg Scott is a man who has been navigating the music world by his terms!

Greg, who recently won on the most recent season of the hit NBC songwriting competition Songland, has been doing things unlike the rest, which has been finding him a lot of success.

As 2020 brought us COVID-19 and ended the regularly scheduled tours of many musicians, Greg – even though through some misery of missing-out being on the road – was able to take the time to write and even see one of his songs get announced as the upcoming 2021 Olympics theme song for the NBC Network across the United States.

As music companies, record labels, artists, songwriters, managers, band members, and other across the board in the business brace themselves for more shockwaves and pivots this year, many also have to be set for the highly anticipated government decisions on copyright infringement and radio royalties, which goes along with more and more streaming platforms popping up each day.

From how he got into music, to his time on Songland, to songwriters now getting the respect they deserve, to the changes he wants to see when it comes to new streaming services and upcoming new regulations, we here at Disrupt spoke to Greg one-on-one to find out more, and how doing things his way has led him down a path of positive change both in and outside of the music business.

How did you initially get into the music business?

I always felt a calling to the music business and have always dreamt of making a living doing it! I was born into a musical family. I remember as a toddler just crawling around in all of my Dads’ band rehearsals that he and his band would do in the garage… They just couldn’t keep me out! It was merely a culture in our house every week: my Dad was the lead singer and bandleader with my mom feeding and taking care of the band. I guess you could say that since I was born, I went through a musical school of hard knocks. As soon as I could walk and talk to my parents, they both threw me up on stage. Inspired by R&B/Soul, I would always cover my favorites like The Temptations to Boyz II Men… I went through my Michael Jackson phase as well. Me being the perfectionist I am, I would study Michael’s dancing in such detail I would take my parent’s tape recorder sometimes to film just my feet and compare the two.

What was the first song you ever wrote, and who was it for? How has your writing style changed since?

I wrote a song called “Fade Away.” The song was a product of my 13-year-old over-emotional self and a fresh break up. I wrote it for myself and the band I had at the time. The biggest change I’d say to my music now is the depth of the lyrics. I’ve experienced a ton since that first song. My life’s given me the substance and the voice to really relate to more people.

Shows like Songland, which you won, are helping bring songwriters to the forefront, whereas before they were more hidden. Why do you feel this is important, and do you finally feel songwriters are getting the credit they so deserve?

It’s a beautiful thing! Even being in the business since I was a toddler, I didn’t know who wrote the songs until I was in my teens and had to really ask. Though it was in the liner notes, It was just never really talked. It was hard because I was so taken by the performer who was singing it. I feel like as an artist it would have propelled me more if I knew and could study those writers more. I think this will open the flood gates to a whole new generation of great writers.

Many musicians will say that the real money is in songwriting and not actually performing. Is this true?

Well, yes and no. You want to be the writer because if your song is placed in TV/Film/commercials, that can be a huge chunk of money, but with that said, LIVE shows! LIVE Shows! That can be bigger money and guaranteed money. It’s really sad right now. I haven’t been able to play live since March, along with ALL of my peers.

How do you feel your songs – whether performing or writing – have “disrupted” the industry or helped to change or blend a specific genre?

My R&B/Pop 90s early 2000s influence mixed with classic soul definitely spins in a new way. I like to write a really straight forward pop tune and then my next release will be something out of left field to express a different side. That’s what’s beautiful about today’s way of releasing music. You can truly be yourself.

What trends overall in the music industry these days do you see happening?

I see the trend of fully in the box, on the go, quickly released music. It’s a world of content and more content. Yeah, you can get burnt out and feel overwhelmed or embrace it and just let it out!

How important is social media and streaming these days to new artists?

Social media and streaming is everything! Whether you like it or not, it’s king. Fans want it all these days because everything is available all the time. It’s kinda scary but I try to use it for good and spread positivity. I really like it for it’s realness and the BTS factor. With streaming, yeah I miss the smell of CDs and walking through the “Warehouse” with my weekly allowance but I could have an idea for a song and in two days have it available for the world to hear! That’s wild.

I’d actually like to see less streaming and downloading platforms. I feel like it would be way easier to market and focus on less options. In general I feel as a society we have WAY too many options.

What new music have you been working on since Songland?

I just released a new single called “I Still Do” and it’s available everywhere. I’m proud of this one and feel it’s a song we all need right now. I wrote it with the artist Sam DeRosa I sang with on Songland. I’m throwing a big Live Stream show through a company called Next Up At the Mic on October 16th.

Like most of us, I’m looking forward to things opening up. I’ve been miserable, not being in front of people and feeling their energy. I plan on going on tour like my team and I planned for 2020. Also, I’ll be releasing a full length album around the Olympics in 2021 when NBC and Bebe Rexha release ‘Miracle’. My hope is that 2020 opens everyone’s eyes to see the change we truly need. There’s NO denying that mother got us all on time out!

How Jeremy Lefebvre Retired Before The Age Of 25