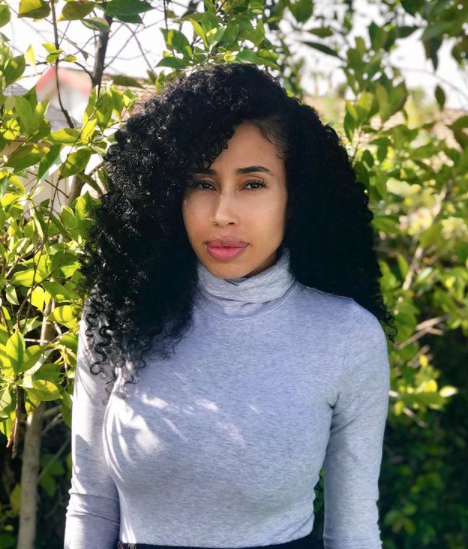 Kay Cola may be a recognizable name for some. Before launching her successful haircare brand, OrganiGrowHairCo, the entrepreneur was a songwriter who worked with some of the music industry’s biggest stars, including Eminem and Dr. Dre, and was nominated for a Grammy. Although achieving many songwriting credits, Kay Cola was a “starving artist” and a single mother at 23. While she did struggle to make ends meet during the early part of her music career, she managed to launch her haircare product brand designed for women of color in mind, OrganiGrowHairCo, which launched her as a self-made millionaire. Ever since she has given back and has used her platform and wealth for charity. Her most recent act of kindness was donating a car to a family in need in Los Angeles.

The mother of the family is a doula who was pregnant with her third child and was unable to work in her later term. The father used to be a youth pastor for a popular church he left because he wanted to focus more on his family and his relationship with God. Having known the family on a personal level for quite some time, Kay Cola bought them a car after their old car stopped working and knowing how much they needed a new one.

Being a single mother who also worked and did not have reliable transportation, Kay Cola admits how she understood the importance of having a car, especially as a parent. During the early parts of her music career, she had to take the bus, and public transportation is not always reliable. Knowing how deserving the family is, she was even more motivated to help them out. “They are always serving and giving to other people. The purpose of money is to be a currency and to flow, and I knew that by giving to them, they would bless other people as well,” says the entrepreneur as she stresses the importance of giving back to people who will give back too.

Since this charitable act, Kay Cola has a goal of extending her altruism and participating in acts like these twice a year. She values giving back and believes that by helping those who help the community, you can create a cycle of giving. By creating a cycle, you can truly benefit a community and promote good values like selflessness amongst others.

Related Topics:women who disrupt
Up Next

Despite Working For 6 Months, Kidd850 Has Accomplished What Others Accomplish in Their Lifetime