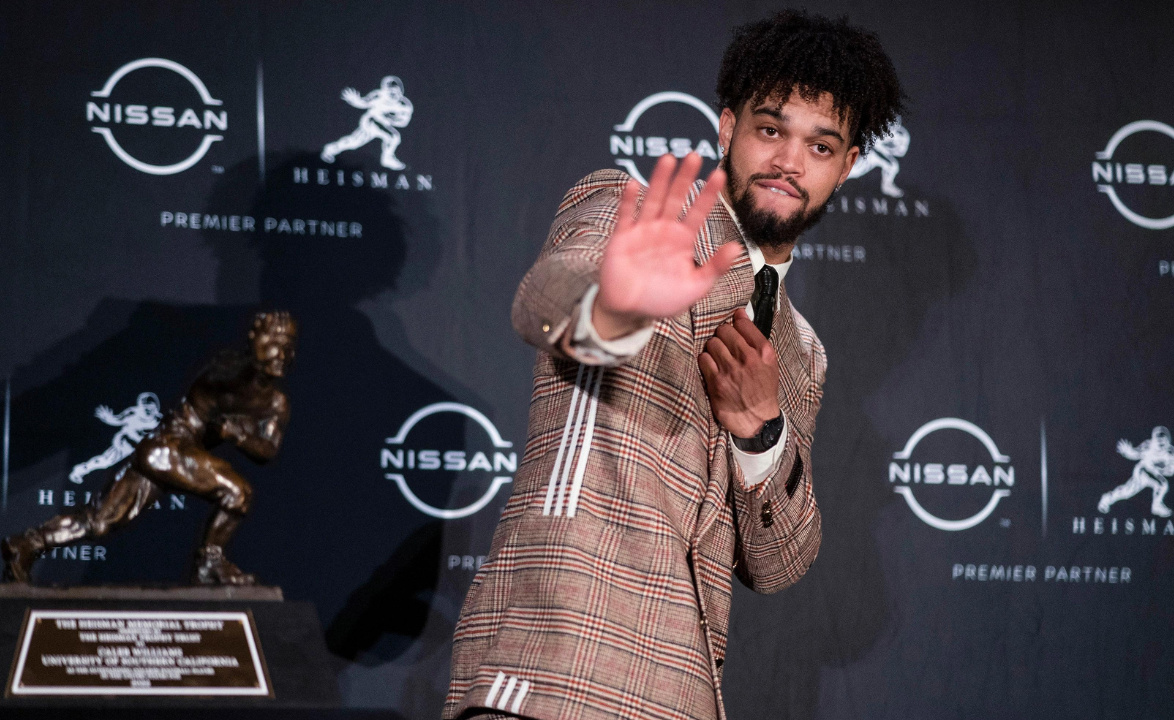 Hall of GOATs is celebrating USC quarterback Caleb Williams’ Heisman Trophy win by launching his limited edition player avatar this week! Get in on the action now and stay tuned for the arcade-style video game, which is slated to launch in 2024.

Players can purchase this limited-time access for only $30 from Hall of GOATs official website. So make sure to play with one of your favorite athletes in an innovative digital experience.

Not only will fans have a chance to play with Williams’ avatar, but they’ll also have access to exclusive AMAs on Discord. These live chats with Williams give fans a chance to ask him questions and get insider insights into his success. It’s sure to be a thrilling experience that gamers won’t want to miss out on.

Fans who purchase Williams’ avatar will have early access to the Heisman Trophy winner’s character in the upcoming HoG video game, as well as other perks that will be announced in the near future. Williams’ organization Caleb Cares will receive a portion of the proceeds to further its mission of combating bullying, raising awareness about mental health issues, and giving a voice to the voiceless.

Only $30 to own the #Heisman winner & play with him in our upcoming arcade-style CFB video game.

Williams won the Heisman Trophy this past weekend, besting Max Duggan of TCU, C.J. Stroud of Ohio State, and Stetson Bennett of Georgia. The quarterback, who will return to USC for the upcoming season, acknowledged that he lacks the opportunity to play for a national championship that the other quarterbacks in the room have. Instead, he spoke of “unfinished business” at USC.

Williams told the audience, “I may be standing up here today, but y’all get to go to the College Football Playoff.” As the old saying goes, “You can’t win ’em all.”

Williams will likely begin next season as the clear-cut Heisman favorite after throwing for 4,075 yards and 37 touchdowns while running for 10 more. After falling short of the playoffs this year due to a loss to Utah in the Pac-12 Championship Game, the Trojans are ready for a comeback tour.

Williams has another year of NIL chances, just like Bryce Young did a year before him at Alabama. Now that he has “Heisman Trophy Winner” next to his name, he will have a special appeal that only a few athletes can match.