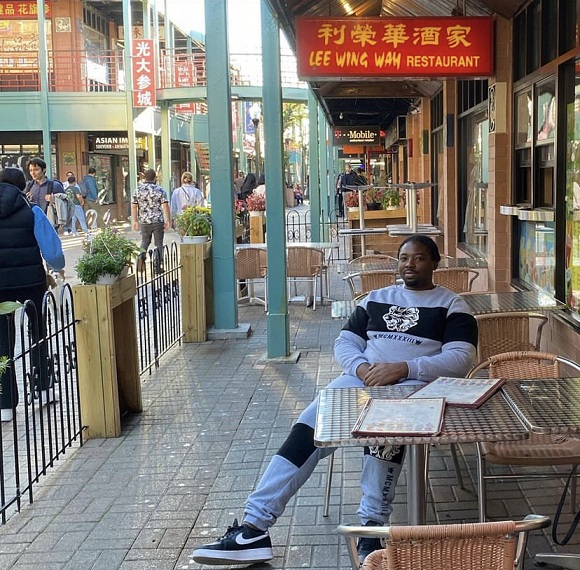 Some know him as Leon Bodden, while others recognize him as “TOP NINJA”, but regardless of the name, they would all agree that he has hustle and ambition.

TOP NINJA is a rapper from Hempstead, NY, and is a rising artist whose name will soon be uttered in households worldwide. An upcoming star in NYC’s rap game, Bodden has already been featured on mixtapes with the likes of Juelz Santana, Maino, Young Buck, and other top rappers.

Within the past couple of years, he’s really begun to take the music industry by force. In 2021, he released non-stop drops and participated in some high-profile performances. Today, he’s celebrating a successful collaboration album that dropped over the summer and is preparing for a solo release.

TOP NINJA has an authentic rap style that combines a smooth flow with perfectly matched beats in which he raps over. His delivery is solid, and he has a unique way of bringing the listener into an Emcee’s world. His songwriting and lyrical abilities are evident in each release.

Bodden credits his freestyling roots as giving him the ability to create songs that hit like a veteran artist who is seasoned and authentic to the rap game.

Aside from making a name for himself around New York City, TOP NINJA has also performed around Tampa and Clearwater in Florida in an effort to expand his personal brand, “Ninjas Worldwide.”

Though he may just be getting his feet wet in music, TOP NINJA has been enjoying a successful 2022 thus far. He kicked the year off with his banger “Assassins Creed,” which begins on-brand with his raspy flow and reveals a catchy hook. Labeled a street anthem, the beat has a haunting melody and 808s that’ll rattle your trunk.

More recently, he teamed up with South African drill rapper King Connector and High Flogan for the high-energy song called “Move.” The piece combines a fast beat with autotune and catchy flows to produce an anthem that will get the party started.

In July 2022, TOP NINJA, Bagboy Ona Cloud, and Nez Utta announced the release of their highly anticipated album Rooftops. The 12-track release integrates gangster rap with workout beats, lo-fi beats, and more. The album was well-received and has accumulated over one hundred thousand streams since its debut.

One of the most popular tracks on Rooftops is Condo, which opens with a choppy electric piano and brings in autotune vocals, heavy 808s, a catchy drum loop, and plenty of talk of women and Codeine. If you listen carefully, you’ll catch the guitar riffs in the distance, which stand out from the song’s heaviness.

A more lighthearted tune, “It’s Da Throat For Me,” features a quirky hook that works well and helps maintain the energy, even though the track is leaned more toward lo-fi. Listeners enjoy the spiral of layered vocals, trap drums, heavy 808s, and bell synths.

Another banger off the album Rooftops is the confessional song titled “Juice.” The track begins very humbly, with the beat mimicking a backdrop to a fight. The story depicts a journey of rags to riches and what happens if you work to turn your life from “nothing into something.”

Ultimately, TOP NINJA is still enjoying the success he’s garnered in music so far and really brings an authentic sound back to Hip Hop. His music continues to attract fans from around the world and helps solidify new connections to ensure his future is bright within the music industry.

Continue to expect big things from Leon Bodden, aka TOP NINJA, in the near future. He’s currently in the studio working on his upcoming solo album, Heavyweight. So, keep your ear to the streets and watch this upcoming star – you never know where you’re going to find him!