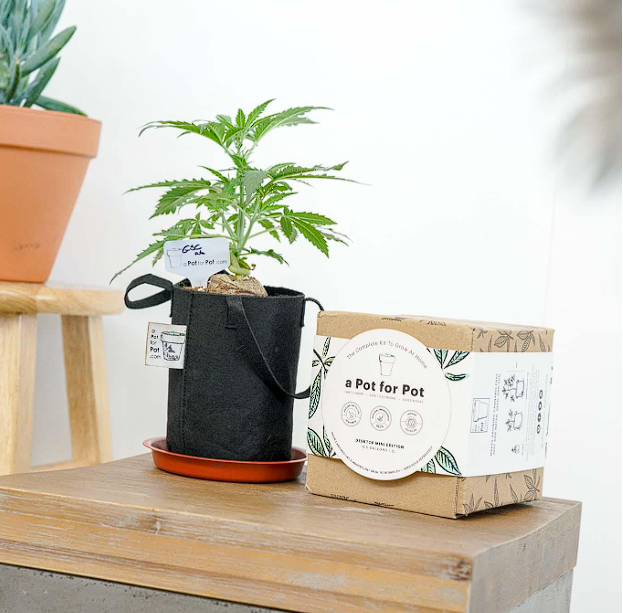 With the legalization of pot and proliferation of CBD products, marijuana is projected to generate tens of billions of dollars annually as the market soars with unprecedented, explosive growth.

But where does that leave the home grower?

Following the legalization of marijuana, most major home grows ceased operation because these operators could no longer sell to dispensaries. Large-scale, licensed, commercial operations based in warehouses took over and states began tracking production from seed to smoke. Between the scale of the marijuana market and the bureaucracy it created, home growers were in danger of being pushed out.

So, they pivoted to smaller, educational, hobby grows. But with the booming market maintaining something of a Wild West chaos, and the proliferation of conflicting information about home growing, confusion took hold.

Does home growing really need to be an overwhelming, expensive and time-consuming process? Heck, no, was the resounding response from the team behind a Pot for Pot.

a Pot for Pot has sorted everything for you and in the process turned home marijuana cultivation into an easy and efficient endeavor that generates a harvest in as little as 80 days—with no lights, timers, tents, or troubles.

a Pot for Pot Owner Jason Levin and his business partner Joshua Mezher were inspired to launch their venture after seeing garden kits at a Home Depot.

“We wondered why no simple, affordable, complete kit existed for growing weed at home,” he said. “So we resolved to create one.”

Their goal was to make growing cannabis at home as easy as growing a houseplant. And then came that catchy tagline.

Driving a Pot for Pot is the philosophy that guesswork has no place in growing weed. The team provides everything you need, so nothing falls through the gaps, including:

And how about the marijuana in this marijuana operation?

“We don’t include the seed,” Jason said. “Instead, we include a discount coupon to select your favorite strain and purchase seeds separately from one of our online seed partners.”

Visit www.instagram.com/apotforpot to see some very compelling photos of the operation.

Related Topics:a Pot for Pot
Up Next