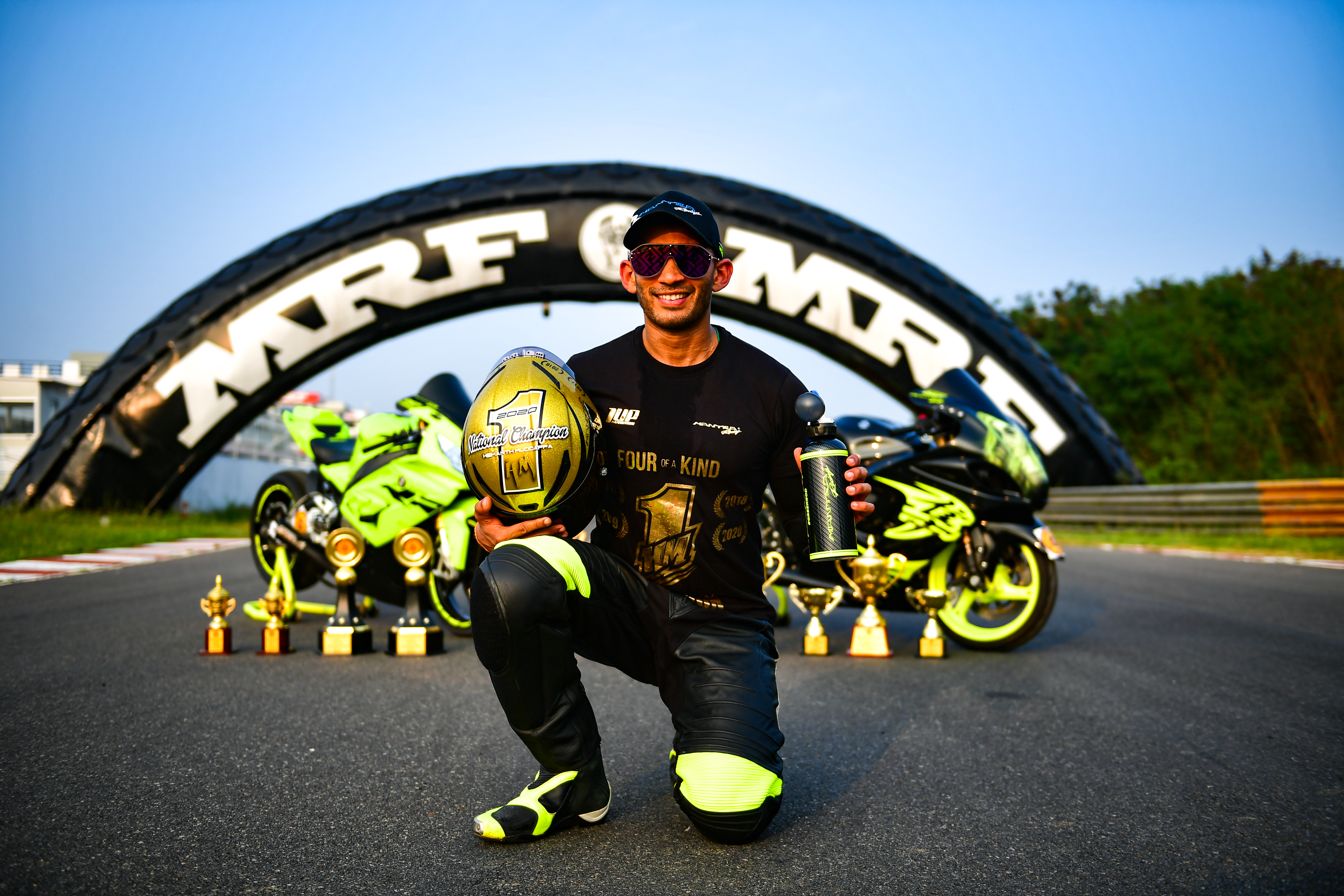 Over the last few years, motorsports have found it’s way into the hearts of India and is growing popular day by day. For people who are dedicated to competing in motorcycle drag races, Madras Motor Sports Club is the place to be. The club has had many individuals use it as a platform to grow their skills as riders over the course of many years.

Established almost 70 years ago, the Madras motorsports club was founded in 1953 and has played an important role in creating a platform for aspiring riders to showcase their talents and skills and helped them grow by leaps and bounds.

This years championship was organised with all safety protocols in place for Covid 19, the first round was held on the 8th of august 2021 and Hemanth Muddappa led the team from Bengaluru with a Suzuki Hayabusa. Hemant recorded the first times at the track clicking 0.7.882 seconds over 302 meters and won gold in the super sport category for 1051 cc and above bikes.

Talking about his win this year and why the drag times were slower, Muddappa was quoted saying, “The track temperature affected all riders and we all listened slower timings. We were much quicker in January during the final round of the 2020 championship.”

Interestingly, Hemanth is in competition with him. He currently holds the National Drag record with 07.783 seconds set by him on October 10 last year. Speaking about his victory this year, Hemanth pointed out that due to high temperatures the track time was slowing down than he had expected. However, his winning streak remained unchanged, and the rider once again proved why he was the best among all the others.

When asked about his love for drag racing, Muddappa shared, “For me, it’s not just about drag racing, it’s about motorcycles in general. Ever since I was a kid, I was in love with motorcycles and when I was old enough to ride one, there was no stopping for me. I would go on rides when I could and eventually got introduced to drag racing. The thrill of drag racing is something else entirely. You have only a short track to prove that you’re a better rider than your opponent and it’s amazing that you have mere seconds to do so. But training and preparing to compete for those mere seconds is a challenge in itself. I love the fact that I am now at a point where my efforts have been recognised and having the fastest track time record is a feeling that I don’t have words to express.”

Caligula – The hip hop and rap music sensation to watch out for in 2021.