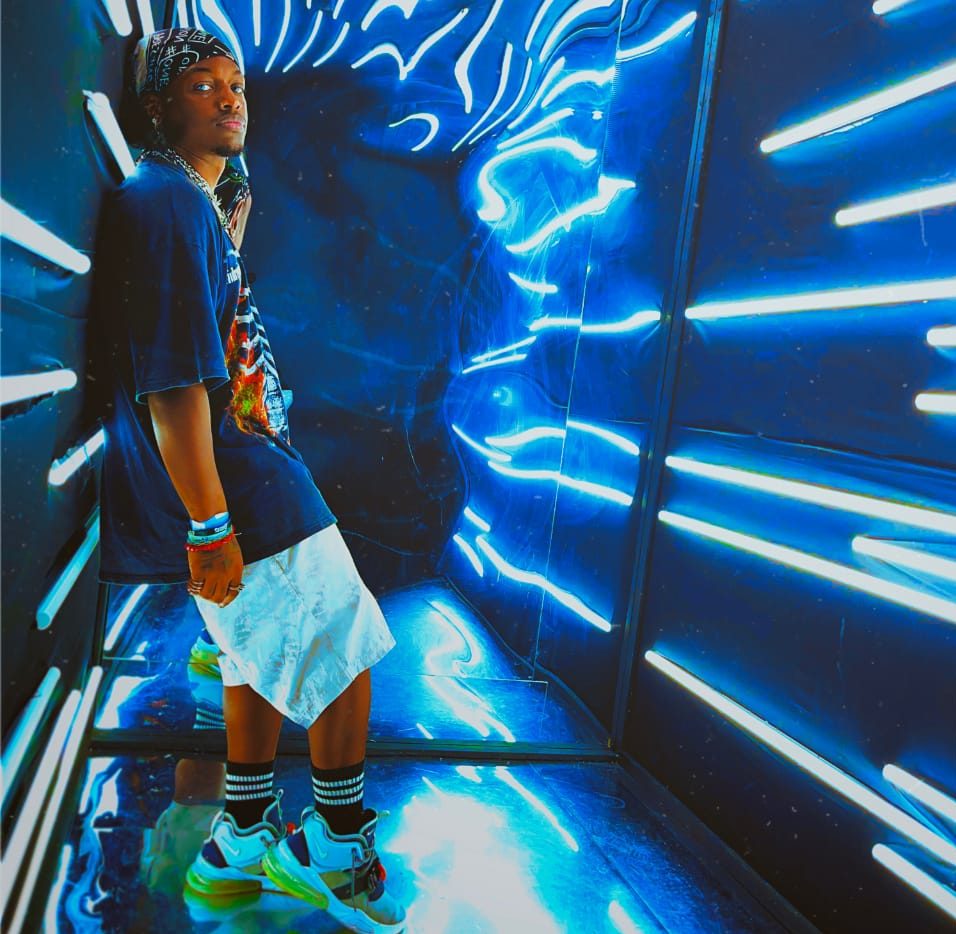 Hailing from Gastonia, NC, there aren’t many who are fans of the dark pop genre, who haven’t heard of Manni Theo. However, the rising American songwriter and recording artist, whose real name is Brandon Lee Grant, is not all that he seems to be. Born on 15th July 1994, Manni Theo didn’t have an easy life growing up and certainly not one which allowed him to choose his own career. Growing up in a cult Manni Theo often felt stifled and pursuing a career as a musician was a big no-no. Finally at the age of 16 Manni Theo was able to get away and was determined to centre his new life around the reason which motivated him to escape in the first place, aka music.

As understood Manni Theo has been musically motivated for a long time but his career only took off professionally in 2015. At the time Manni Theo, freshly turned 21 was still struggling with schooling and education at East Carolina University. However, he was not a fan of the stress it put on him and so he decided to drop out and move back to New York, where he was originally born. Manni Theo further explains “I had no interest in attending college except to have a plan B in case music didn’t work out. But upon being aggressively depressed while in school and seeing time pass I realised one day that I no longer wanted a plan B because if you have a plan B it probably means you think your plan A could fail and if you think something will fail it more than likely will.”

In the end, things worked out and Manni Theo has definitely proven his ability as a musical genius who has not only been able to win the hearts of fans all over the world but also adapted well to the specific challenges and intricacies of the music industry provides. Manni Theo made his debut with the single “I killed myself in Cali (90210)” which is described as a dark pop record detailing the euphoric and transcendent awakening Manni Theo himself experienced on a trip to California. The single saw inherent success and overflowing support from many new listeners and allowed Manni Theo to book his first tour in 2020 as well as launch a music video that is still doing the rounds as a genius of both videography and songwriting.

Today Manni Theo has turned LVST.KIDZ.KVLT, his brand and growing record label into a type of “musical cult” in itself, one that has no negative connotations. Manni Theo has also realised that his songs that often tackle issues of depression, anxiety, lack of acceptance and/or PTSD, are helpful to others dealing with it and the lyrics written using his own experiences reached out to many suffering from a similar life. Upon realising the impact that his songwriting held it has further motivated Manni Theo to keep on providing his best and using his music as a form of expressing himself and leading his fellow LVST souls.