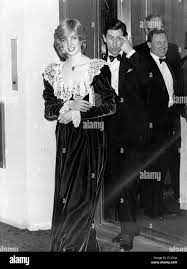 When Prince William assumes the throne, Kate Middleton will sit alongside him as his Queen. Even though William’s mother was known as Princess Diana, Kate is known as the Duchess of Cambridge. Why is it the case?

When Kate Middleton married Prince William in 2011, she became a royal family member. The pair, who met at university and had been dating for several years, now have three children: Prince George, Princess Charlotte, and Prince Louis, and live at Kensington Palace.

Kate may not be a princess, but it does not mean she is not a royal family member. Her Royal Highness, The Duchess Of Cambridge, is her official title, which she obtained from the Queen. Kate, on the other hand, owns more than one title.

Princess, Duchess, countess, and baroness are titles given to women in the royal family. Kate will never be a princess. whatever her status. Because the title of Princess is typically kept for the sovereign monarch’s biological descendants. Kate’s daughter Charlotte will be able to use it even after she marries.
Princess Anne, Princess Beatrice, Princess Eugenie, and Princess Charlotte are some of the other women in the Royal family who are closely related to the Queen. Still, their status is dependent on where they are in the line of succession.

Even though Diana, Princess of Wales, was not a direct relative of the Queen, many Royal family pundits were quick to point out that she was a close friend of the Queen.

However, royal family specialists argue that Diana never officially received the title of Princess, but instead became Her Royal Highness The Princess Of Wales, or in short, Diana, Princess of Wales, after marrying Prince Charles on July 29, 1981.

This means that, although having ‘princess’ in her official title, Diana, whose maiden name was Lady Diana Francis Spencer, was not technically a princess because, as with Princess Charlotte, the title would be in front of her name, not beneath it.

If we put it all together, Diana indirectly became a princess by marriage, and the only other way to gain the title legitimately is through birth, as little Charlotte did. The children of Prince Harry and Megan Markle, on the other hand, did not instantly obtain the titles of Prince and Princess since they are subject to a different Royal law. the best reading blog is to think and explore.

Their children may have earned the title of lord or lady from the line of Prince Philip’s Mountbatten-Windsorod, but Harry and Meghan refused, leaving their children without a title.

The Queen decreed that the offspring of the direct heirs to the throne be given the titles of Princess and Prince. But that they must be male-line descendants, not female line descendants. As a result, this is not the case in the instance of Zara and Peter Phillips. They do not have royal titles because they are Princess Anne’s children, although the Queen’s sons, Charles, Edward, and Andrew, have.
Why, then, are George, Charlotte, and Louis referred to as princes and princesses? Because the Queen changed her mind in 2012 and granted honorary titles to all of William and Kate’s children. When Prince Charles abdicates the throne and is succeeded by Prince William, Harry and Megan’s children will receive those titles.

5 Legal Considerations for Covid-19 Vaccine Mandates in the Workplace