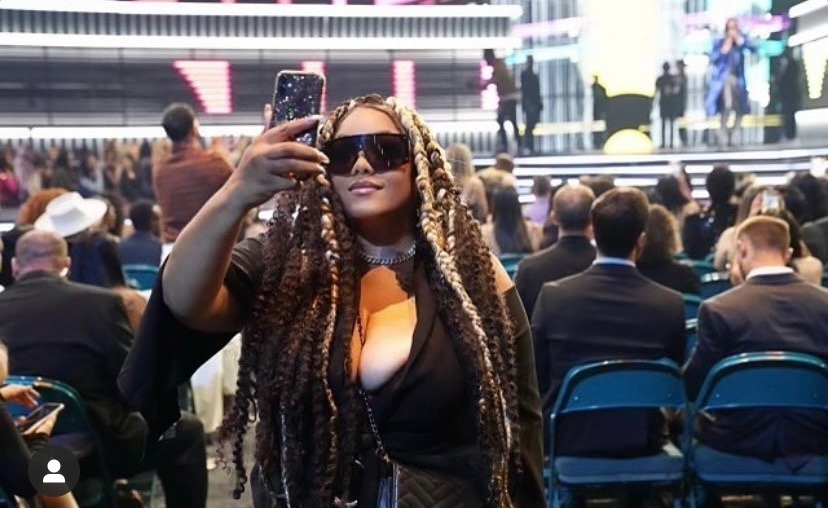 All the mainstream artist was in the building at the 2022 Billboard Music Awards to perform and accept awards for trailblazing a successful year of releasing music. Artist like Mary J Blige, Doja Cat, Olivia Rodrigo, Travis Scott, The Weekend, Latto, Janet Jackson, Machine Gun Kelly and Megan Thee Stallion just to name a few. One artist that was a special guest sitting in front row was former Deathrow Records artist SKG
( Helecia Choyce ) who attended the award’s with her team Purple Heart Management to enjoy the festivities of the star studded event.

SKG said “my highlight moments was watching Doja Cat win her awards I nearly jumped out my seat I was so happy for her, and I enjoyed the great energy Diddy brought as the host”

From Deathrow Records to blitzing the Heineken stage at Coachella, SKG (Helecia Choyce) is the name on everyone’s lips right now. The first female rapper from LA to achieve such a feat, SKG is proving to everyone that she’s here to stay. Following up on the success of her standout single Bad Azz Bitch and her debut album Unfinished Business, she is making all the right moves in an industry crying out for bold and creative women.

Known for her time at Deathrow and performing on Tupac’s album ‘Until The End Of Time’ and Tha Dogg Pound’s album ‘2002’, she began releasing her own material in 2006 and has been consistently bringing her brand of vibrant, sassy and infectious music to an ever growing audience. That audience was blessed by the aforementioned appearance at Coachella where she performed her unreleased song “We Didn’t Know” featuring the talented singer Tabiyus Nah and The West Los Angeles children’s choir to rapturous applause.
SKG took to her Instagram account to share her best moments at the Billboard Music Awards and expressed how she hopes to hit the Billboard stage to perform in the future.

With such a legacy in the game, it is hardly surprising that she continues to work with some heavyweight hitters including Anthony Hamilton, Paul Wall, Lil Boosie, Dave East, Suga Free and so many more. She is the epitome of the modern woman, fiercely independent and unafraid to speak her own truths in a style of her own making.

SKG is also building her own brand outside of music. CEO of three companies, she is producing films/documentaries for Netflix, Tubi, Hulu and heads her own advertising agency which is the envy of all others. Currently writing and producing the TV show ‘Girlfriends and Champagne’, the series will be back in 2022 for its third season as it continues to discuss the hot topics of the day.

An Interview with the Founder of Destination Fitcations, Gabrielle (Gabi) Mazar