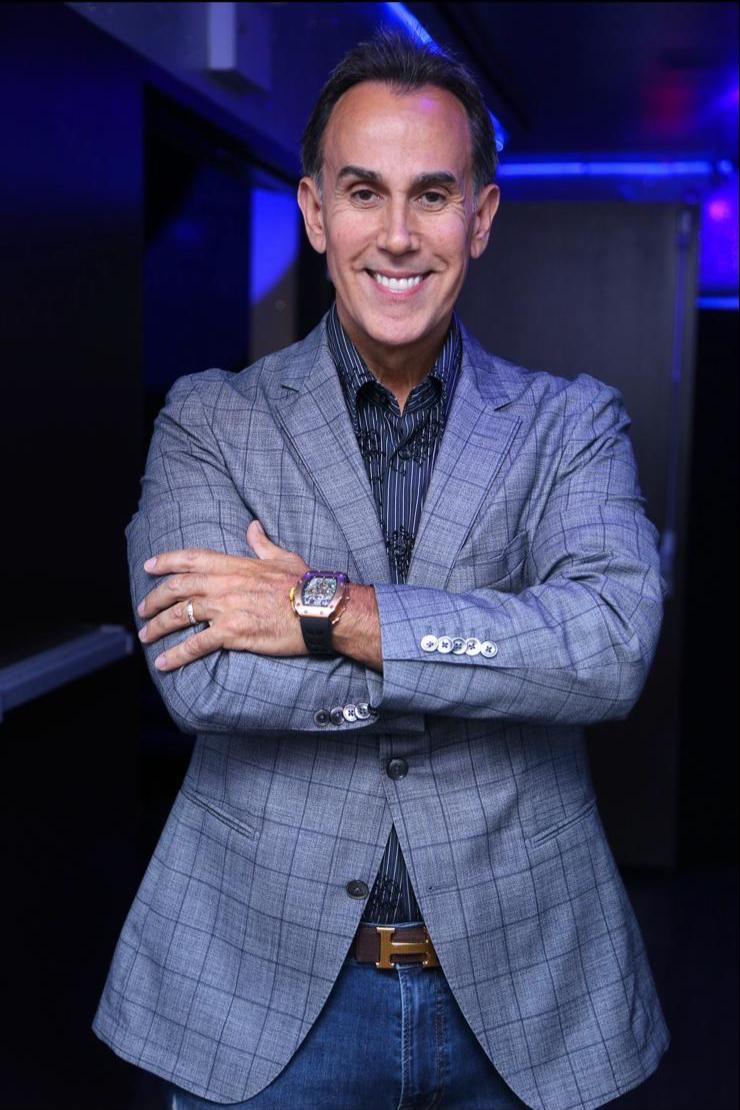 When the name Armand Peri pops up, “Success” and “Personal development” are the major words that instantly come to mind. From migrating to the US at 12 years old to building a multi-million-dollar empire, he is a man who embodies everything about the “American Dream.”
His celebrity status and influential public notoriety can be linked to, “Hunk-O-Mania”, an entertainment company he launched in the late 90’s to provide ladies with an Ultimate Night Out Experience! Over the years, Armand has acquired diverse skill-sets, helping him penetrate and conquer other industries like bodybuilding, real estate and artistry.
Undoubtedly, there are several unknowns when taking that bold step to launch a business, and even as you progress through the stages of fundraising and growing your company, there can be a lot of head games and misconceptions. However, as an innovative and visionary individual, Armand has proven that with the right mindset and skill, no mountain in too high to climb.

From grass to grace

Peri was born in Vila de Conde, a municipality in the Norte region of Portugal, in 1965. While in elementary school, little Armand was incredibly gifted in art, and at just 5 years old, he began creating artworks that left veterans in awe. In no time, his artworks had a spot in renowned art institutions and museums.
Despite his gift, Armand’s parents and several others in his circle weren’t convinced that he could make it as an artist. However, by the time he was ready to go to high school, Armand had developed his skills so much that he was found qualified to study in one of the most reputable art-based high schools in Newark, New Jersey.
While in high school, he developed further and continued to flourish in several areas of his life. Armand consistently churned out jaw-dropping art works, and it didn’t take long for him to rise to prominence, becoming one of the most sought after art students in New Jersey. It didn’t just end there, whispers of his name were heard beyond Newark, and people from far and wide were interested in coming face to face with him.
Just when Armand thought his life couldn’t get any better, Ronald Regan, the then president of the United States formally recognized him and invited him to the White House, after he beat several contestants to win a national talent search competition. He arrived at Washington DC for the big occasion, and it was nothing less than cheers and applauds as he received his award from the First Lady of the United States, Nancy Reagan.

For a veteran artist, meeting with President of the United States and his wife would have been a dream come true, how much more a 17 year old immigrant who had just begun life? From this very moment, even his biggest doubters were convinced that he was special.

The School of Visual Arts in New York City was Armand’s next destination. And although he was incredibly talented, his parents weren’t comfortable with what he chose to study. They persuaded him to switch to something more practical and he eventually finished with a degree in architecture.

His path to Body Building

His time at the School of Visual Arts (SVA) was no doubt another valuable experience in his life, and not long after leaving, Armand slowly began to tilt towards bodybuilding. At first it would seem strange that a kid so passionate about art would suddenly prioritize something else, but for someone who had been bullied throughout his school days, it wasn’t surprising to see him strive to become physically dominant.
From the typical brush and paint art, Armand was determined to turn his body into a work of art. He spent hours working his muscles from head to toe with a vision to sculpt his body into something out of the ordinary. However, he hit a rocky patch in this period, as his family became financially unstable. He struggled to improve his diet and get gym membership, putting his dreams at the brink of collapse.
With laser-focus and determination, he fought hard to stay afloat. This resulted in him finding a job at his school gym, where he had access to proper equipment. Armand also doubled up on his work by creating time on Sundays to work at a commercial gym at Manhattan, an hour from his home in New Jersey. His strong will and determination eventually paid off, as he was able to build his muscles and weight, helping him compete in a bodybuilding competition for the fist time, where he emerged as Mr. Teen New Jersey. For an underdog, this was another incredible milestone achieved early in life.

Armand was now on a roller-coaster ride. Clearly, little Armand was now a man, a man who was rising quickly to prominence,visionary and full of confidence. After his tremendous success in bodybuilding, with fire in his eyes and a strong will to succeed, he delved into business.
Having spent years in the bodybuilding industry, Armand was well informed and was able to see a void that seemed invisible to other entrepreneurs in the New York market. From his savings as a freelance architect and male entertainer, he launched his company, “Hulk-O-Mania” in 1998, with a mission to revolutionize the industry. And within a short period of time, “Hulk-O-Mania” was a big hit.
From 1998 till now, Hunk-O-Mania has grown in leaps and bounds to become a multi-million-dollar company, spanning across 19 cities in the United States. The young boy from Portugal who came into the US with just a dream, is now the CEO of the biggest male revue show on the globe, and is arguably the most versatile figure in nightlife right now.
Indeed, Armand is truly a visionary, whose determination, strong-will, drive and passion has helped him reach heights no one would have ever imagined. Till this day, he continues to entertain and change lives.

An early riser, Peri starts his day at 6:30 a.m., clicking through emails from his club managers, assessing the stock market and uploading photos of his whereabouts and his family life to his followers — over 1.5 million and counting — on social media. Recently dubbed a “Top Instagram Influencer” by Forbes, Peri’s prolific posts are most often accompanied by inspiring and motivation-filled messages and success tips that have resulted in a legion of fans regularly reaching out to him for advice in the areas of entrepreneurship, life and bodybuilding. Having made most of his money in the recession, Peri knows a thing or two about coming out on top in tough times. Last year he shared his knowledge by penning the book Armand Peri’s Unparalleled Success: The Ultimate Guide to finding meaning, happiness and success in life. He humbly states “I don’t claim to know all the answers, but what my book does provide is the methods, mindset and techniques I’ve used to transform myself from a life of poverty into the CEO of a multimillion-dollar company,”.
The book explores Peri’s seven ingredients for success in business and life including;
Peace of Mind
Health and Energy
Loving Relationships
Inner Peace
Worthy Goals and Ideas
Self-Understanding
Action
Unparalleled Success weaves in stories of Peri’s own road to success along with practical exercises to help the reader move forward in their own journey.
The book is available for purchase online at Amazon here or at Barnes & Noble here.
https://www.amazon.com/Unparalleled-Success-Armand-Peri/dp/0578570025
Also You can follow him on instagram: @lifeperiway
Related Topics:
Up Next

Canada’s Developer 30 Under 30: A Rising Leader in Emerging Technology Will Zhang

LAYNE SCHMERIN: How to grow a big brand in a competitive digital world ?