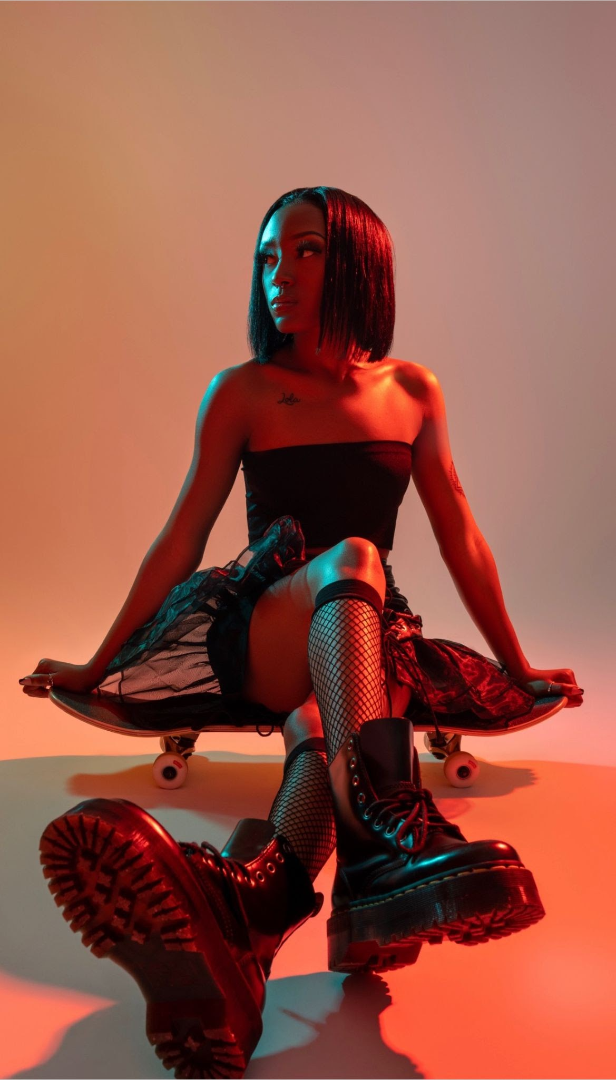 Iyana Irie is a female rap artist coming out of Atlanta, GA, but originally hails from Memphis, TN. She is blazing a path for herself on the scene, and has been putting consistent work into her craft for over 5 years now. Through her dedication to writing and recording, Iyana is always growing and improving as an artist, and she is now ready for the world to get to know her through her music. Even though the rap scene has been dominated by male artists traditionally, Iyana is proving that young female artists are a force to be reckoned with and rank up there with the men.

When times get tough, Iyana knows she can always turn to her friends and family who help to keep her grounded amidst the noise of the music industry. Another unique aspect about Iyana is that she is a student of many different genres and eras of music, giving her an upper-edge in the industry and giving her her own personal style. Oftentimes to deal with stress and burnout that is common from being a part of the music industry, Iyana will listen to Marvin Gaye and Curtis Mayfield, or 70’s soul music in general.

Taking a more organic and grassroots approach to growing her music, Iyana has found popularity among fans by interacting with them over social media, drawing them in with her magnetic personality and natural musical talents. Word of mouth is a powerful growth factor in the industry, and Iyana is taking advantage of that as she continues throughout her career. She even recently took first place at a talent showcase, proving that her music is striking a chord with both fans and music lovers alike.

To those who are coming up today, she stresses the importance of creating your own unique voice and brand, and not trying to sound like everyone else. She knows better than anyone how powerful it is to always believe in yourself and to never give up, which is a mentality she recommends to all new artists on the scene.

On a personal level, Iyana has used her style, confidence, perseverance, strength, and elegance to set her apart from others in the industry. Plus, she always tries to stay innovative, creative, and appreciative when it comes to her career. She knows that bringing her own unique style and flair to the industry is how she will stand out from the rest.

You can hear more from Iyana and stay up-to-date on her latest projects on her Instagram.

Top Marketplaces to Boost Your Ecommerce Business in UK

BREAKING BARRIERS: HOW $INISTER MADE A NAME FOR HERSELF