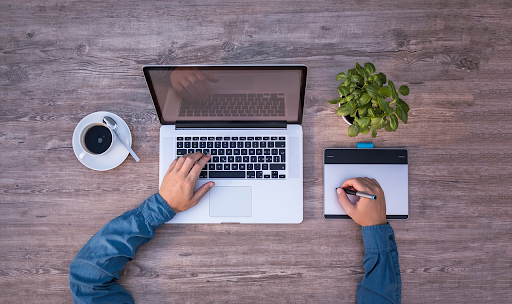 If you’ve been keen to start a career in freelancing but worry that all the power is in the hands of the employer, you may want to think again. As platforms like beBee are proving, freelancers have never had it better.

Freelancing is hardly a new concept, but it has become a far more common choice for generations who are living in the digital age. Sadly, it is a model that many employers have taken advantage of over the years – not least because most posts attract dozens of applicants, leading to desperation from many freelancers.

In turn, this has often resulted in low pay, especially when workers forgo a range of benefits like paid vacation and health insurance. Nonetheless, freelancing is still a great option for millions of workers who want the flexibility to build a schedule that suits them and does not rely on one client or employer.

Under the right circumstances, it remains a very lucrative option too as has been underlined by writer Steffanie Moyers who earns over $11,000 per month via freelancing. However, the biggest challenge for many freelancers stems from a lack of control. Taking matters into their own hands is one of the chief reasons why people turn to freelancing. To lose that can be disheartening, but that’s where beBee is empowering the modern workforce.

beBee isn’t the first online careers portal to link freelancers to prospective clients. And like many others, it supports contractors of varying experience levels in the pursuit of jobs across various skills sets and industries. It also facilitates job offers, applications, and contract agreements for remote and on-site vacancies.

However, CEO Javier Camara proudly states: “We are a person-centric platform. While most job portals and career platforms focus on the company and the jobs, we focus on the candidates and giving value to people. That’s the reason why faces are very important on beBee. On beBee, a professional who offers services can gain visibility by creating their profile before adding their provided services, blogging to build a personal brand, and connecting directly with potential clients within their field. It encourages them to highlight exactly what they can bring to any given role while simultaneously creating business relationships where their skills and personality traits are in high demand.”

The beBee platform has grown by the millions, including members from countries all over the world. Freelance job postings around the globe grew by over 40% in the first part of the pandemic and have shown no sign of slowing.

Employers are now very open to embracing the freelancer community because it helps them avoid issues caused by the pandemic, as well as making long-term commitments during times of instability. This has handed the power back to freelancers, and contractor-centric domains like BeBee allow them to grab it with both hands.

Whether it’s charging a fair fee or seeking a better working relationship, freelancers no longer have to settle for less than they deserve. It’s about time too!

Jessica Laine talks about being a successful market analyst and entrepreneur.