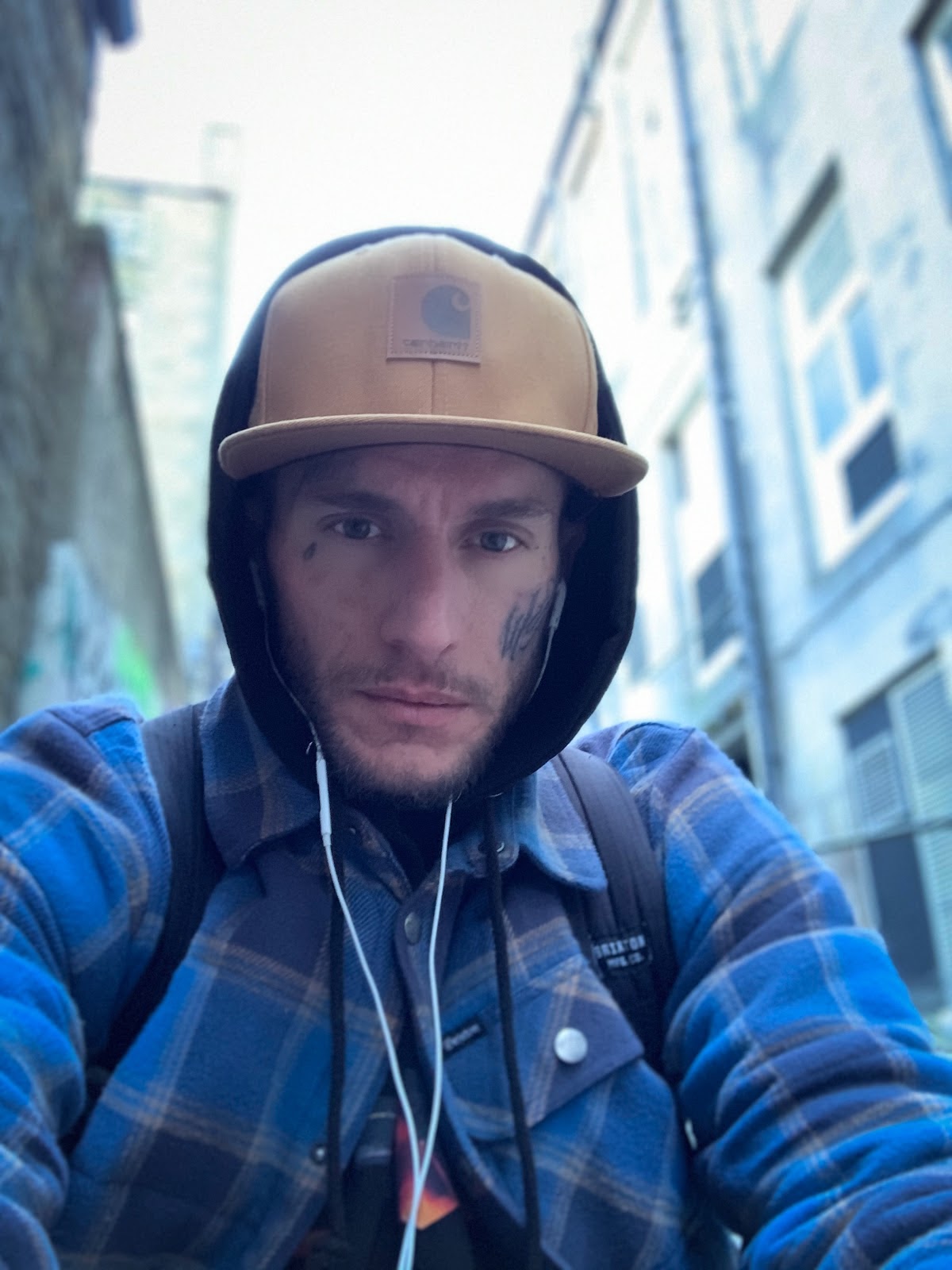 Growing up, Brownie always had a pen in his hand. He has been drawing for as long as he can remember. At eight years old, his mother introduced him to calligraphy. As he became older, the ink in his pen became one that marks a person’s skin permanently.

“After a brief stint at college where I avoided any formal art training, I found my way into the tattoo industry in 2004 where I paid the devil’s due cutting my teeth on Old English lettering,” he shared.

Since those early days in the tattoo industry, Brownie has traveled many roads and studied the mysterious art of letterforms from many different masters. He even had the opportunity to work all over the United Kingdom, in the Netherlands, and in the United States of America.

But a person’s skin isn’t the only canvas that Brownie continues to work with. He also takes to canvasses where he combines painting with his lettering skill to create pieces that fully represent his art style.

The Message In His Art

As a part modern-day philosopher and part letterhead, Brownie’s vision is to use his art to celebrate his love of 90s hip hop, letterforms of all styles, and most importantly, to highlight modern issues that go beyond the UK in terms of significance.

“After all, at our core, we are all related and have to share the planet we call home. In a world where segregation causes so much pain and violence, celebrating the things that unify us as one species is more important than ever,” he said.

His latest piece titled “A Bomb Ultimately Silences Everything,” aims to bring attention to the issue of suicide that continues to climb nationwide in the UK as well as in other areas around the world.

Brownie is also working in conjunction with groups like Trench-One Thought at a Time and S.Y. Familia to remove the stigma of openly talking about the mental health of young men.

A Breakthrough For His Career

The COVID-19 pandemic which broke out in 2020 forced Brownie to reassess his career path and inspired him to bring his painting and custom artwork to be his top priority.

But this year seems to be different as 2021 promises to be a breakout year for Brownie.

“I am on the cusp of moving into one of the most high-profile tattoo studios in Edinburgh. Certainly, the best place I have worked in my 17-year career as a veteran tattoo artist. I have also been quietly developing my clothing brand which is poised to drop within the next month or so,” he said.

All these new opportunities in his career were born out of Brownie’s willingness to adapt to time while retaining his authenticity as an artist.

“Listen to your own inner voice before anyone else, in the end, you are the best there is at being yourself. Stay true to that and always be willing to learn, adapt and evolve,” he said.

Meet Joanna Borov, The Fashion Beauty Queen Everyone Is Looking For